The Oppo K10 and Oppo K10 Pro are listed on Oppo's website partially unveiling their specifications. These smartphones will go official on April 18. These should not be confused with the Oppo K10 4G which as announced a month ago and has very different specifications.

What's officially disclosed about the Oppo K10 Pro is that it will be based on a Snapdragon 888 chipset with 5G connectivity, 8GB/12GB of LPDDR5 RAM and 256GB of UFS 3.1 built-in storage. Moreover, the smartphone will be powered by a 5000 mAh battery with 80W SuperVOOC charging support. Another highlight of the model is its 50MP Sony IMX766 main camera with OIS, adjoined by an 8MP ultra-wide snapper, a 2MP macro lens, and a 16MP selfie camera. The rear cameras reside in a camera island connected to the rear shell with a G3 curve. The rear shell itself has curved edges at a 137.5-degree angle. The model is available in Titanium Black and Clear Blue colors.

The Oppo K10 is based on a MediaTek Dimensity 8000 chipset with 8GB/12GB of LPDDR5 RAM and 128GB/256GB of UFS 3.1 built-in storage. We suppose that this model will have a 5000 mAh battery as well but the fast charging will be lowered. One of the highlights of this model is its 120Hz display, even though neither the type nor the resolution is unveiled. The camera department as well as all other details remains a mystery. The model will be available in Ice Blue and Dark Night Black colors. 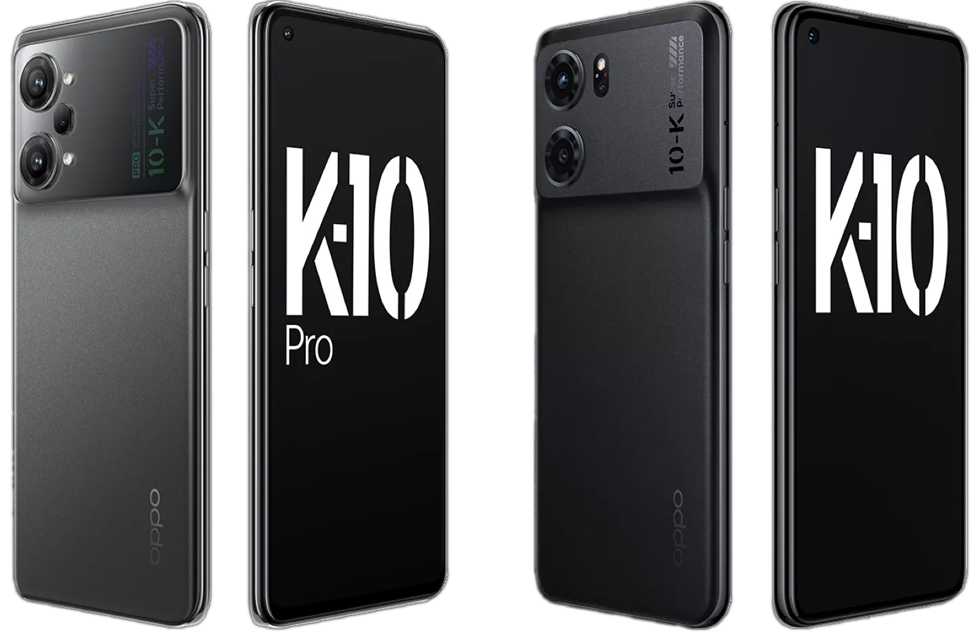 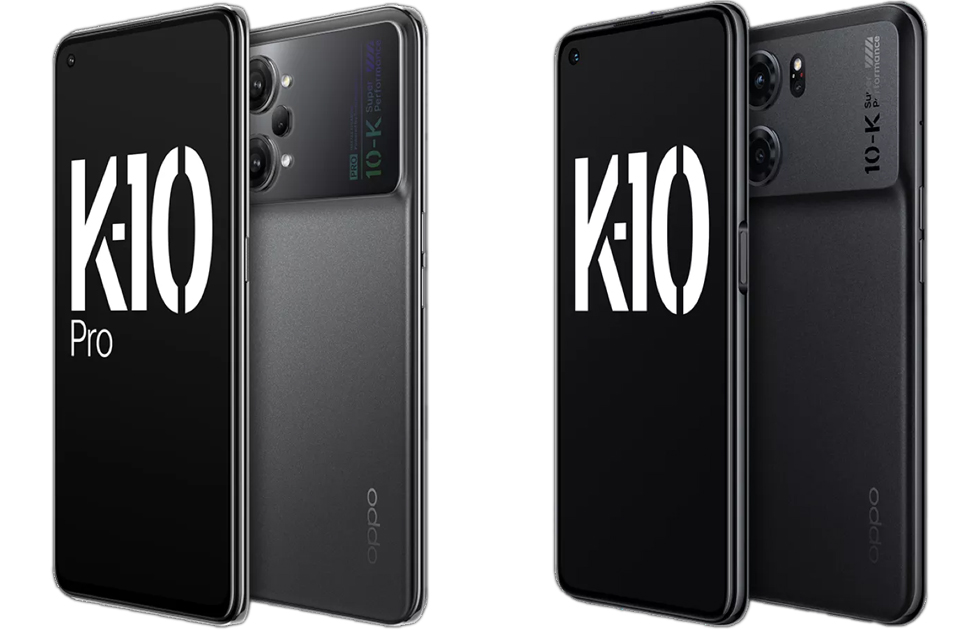 Oppo India has unveiled a 4G and a 5G F21 Pro. These are just re-named Oppo Reno7 4G and Oppo Reno7 Z 5G. The only difference between the India-bound models and the ones for the rest of the world, is that the India models don't have an NFC module. The Oppo F21 Pro 5G is a twin of the Reno7 Z 5G. It is built around a 6.43-inch AMOLED display with an FHD+ resolution, 60Hz refresh rate, and 180Hz touch sampling rate...

The Oppo Reno7 Z 5G (CPH2343) is launched in Thailand in two colors - Cosmic Black and Rainbow Spectrum. The model is built around a 6.43-inch AMOLED display with an FHD+ resolution, 60Hz refresh rate, 180Hz touch sampling rate. It covers up to 93% of the DCI-P3 space in Vivid Mode. The typical brightness is 430 nits with 600 nits of HBM. The camera department has a Dual Orbit Lights design with a 64MP primary...

The last device announced by Oppo is the Oppo Pad - the brand's first tablet. It has a metal frame and frosted glass rear decorated with artsy prints in Silver, Purple, and Black colors. The front is adorned with an 11-inch IPS LTPS display with a resolution of 2560 x 1600 pixels. It has a 120Hz refresh rate and 480 nits of typical brightness. The tablet features a 5MP front-facing camera with a 90° FoV and EIS for...

Oppo has unveiled in China the much-anticipated Find X5 series. Let's begin with the Oppo Find X5 Pro. Despite all the high-end hardware packed in the device, the main focus of the model is its advanced camera department. For starters, on the back there's a triple camera module with a 50MP Sony IMX766 main shooter with an ultra-transparent glass and 5-axis OIS, a 50MP Sony IMX766 ultra-wide one with a 110-degree...

The Oppo Reno6 Lite is launched in Mexico

Yet another areally limited model has appeared today - the Oppo Reno6 Lite for Mexico. The smartphone has a 6.43-inch AMOLED display with an FHD+ resolution, 60 Hz refresh rate, 185 Hz touch sampling rate in Game Mode, 100% sRGB coverage, 430 cd/m² typical brightness. The pinch hole in the top left corner of the display houses a 16MP front-facing camera with a 5-element lens, an f/2.7 aperture, 78° FoV. The rear...

The Oppo Find N has been unveiled on schedule today. The first foldable smartphone of the brand features a 7.1-inch E5 AMOLED display by Samsung with a QHD resolution, 120Hz variable refresh rate and 1000 nits of peak brightness. The outer display is a 5.49-inch, 60Hz AMOLED display. The design of the device is dedicated to resulting in a smartphone that's comfortable to hold, hence the more compact size, which...

The Oppo Find N is finally ready for launch, will be fully unveiled on December 15

Pete Lau, CEO of OnePlus and Senior VP and Chief Product Officer at Oppo, today teased the design of the Oppo Find N - the brand's first foldable smartphone. The full unveiling of the product is scheduled for December 15th - the second day of the OPPO INNO DAY event. Oppo's flagship device is a result of four years of intense R&D and 6 generations of prototypes. It's the answer to the question "What's next for...