Xiaomi has unveiled the Black Shark 4S Pro and the Black Shark 4S as expected. The devices feature a rear shell made by matt AG glass and sculpted by using a nano-lithography process. The vanilla version is available in Black, White, and Gundam Edition colors, while the Pro version is available in Black and White. The Gundam Versions employs the traditional red and blue colors of the free Gundam. Of course, the whole package is designed according to the Gundam theme.

The Black Shark 4S and the Black Shark 4S Pro are built around a 6.67-inch E4 AMOLED display with an FHD+ resolution, 144Hz refresh rate, and 720Hz touch sampling rate. The input touch delay is 8.3 ms and the peak brightness can reach 1300 nits. The display is SGS certified for being safe to the eyes. Both devices are powered by 4500 mAh batteries with 120W fast charging. Each has specific gaming features such as magnetic shoulder keys, dual-zone screen pressure sensitivity, 7-level force support, voice control, Z-axis linear motor, etc. Each smartphone is equipped with symmetrical dual speakers and a liquid cooling system with a 3D structure for more effective cooling.

The differences are in the camera department and the chipset. The Black Shark 4S is based on a Snapdragon 870 chipset with LPDDR5 RAM and UFS 3.1 storage. The device has a 48MP Sony IMX582 main shooter with an 8MP ultra-wide unit and a 5MP macro camera. The Black Shark 4S Pro packs a Snapdraon 888 Plus chipset with a UFS 3.1 storage but also with a built-in NVME-spec PC-grade SSD, improving reading speed by 55% and writing speed by 69% compared to other phones. Its main camera uses a 64MP sensor, while the ultra-wide and macro units remain unchanged.

The prices of the models are as follows: 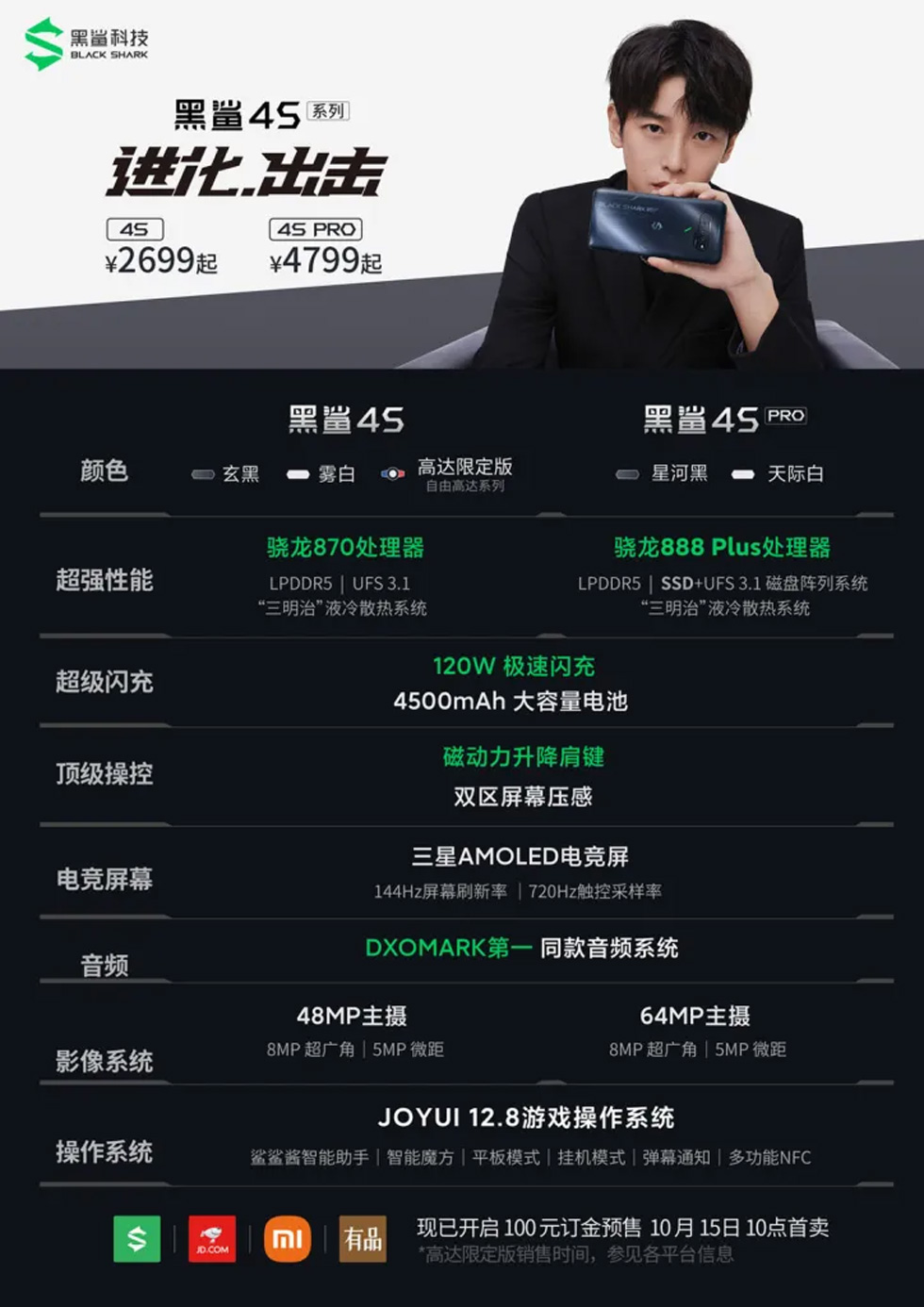 POCO India has teased the POCO F3 GT. This smartphone is expected to be launched in the third quarter of this year and will be an international version of the Redmi K40 Gaming Edition, which was announced a month ago. Assuming, this turns out to be right, the POCO F3 GT should be based on a Dimensity 1200 chipset with APU 3.0 and a three-layered cooling system with VC. There will be 6GB/8GB/12GB of LPDDR4X...