Xiaomi already confirmed that the upcoming Redmi 10X will be the first smartphone based on the new MediaTek Dimensity 820 chipset, which was announced today. The smartphone itself will be presented on May 26.

The Redmi 10X will also have four rear cameras and a 3D curved back available in violet, blue, gold and white colors. On the render, neither rear nor side-mounted fingerprint sensor can be noticed, so we assume, the device will have an OLED display with an in-display fingerprint sensor. 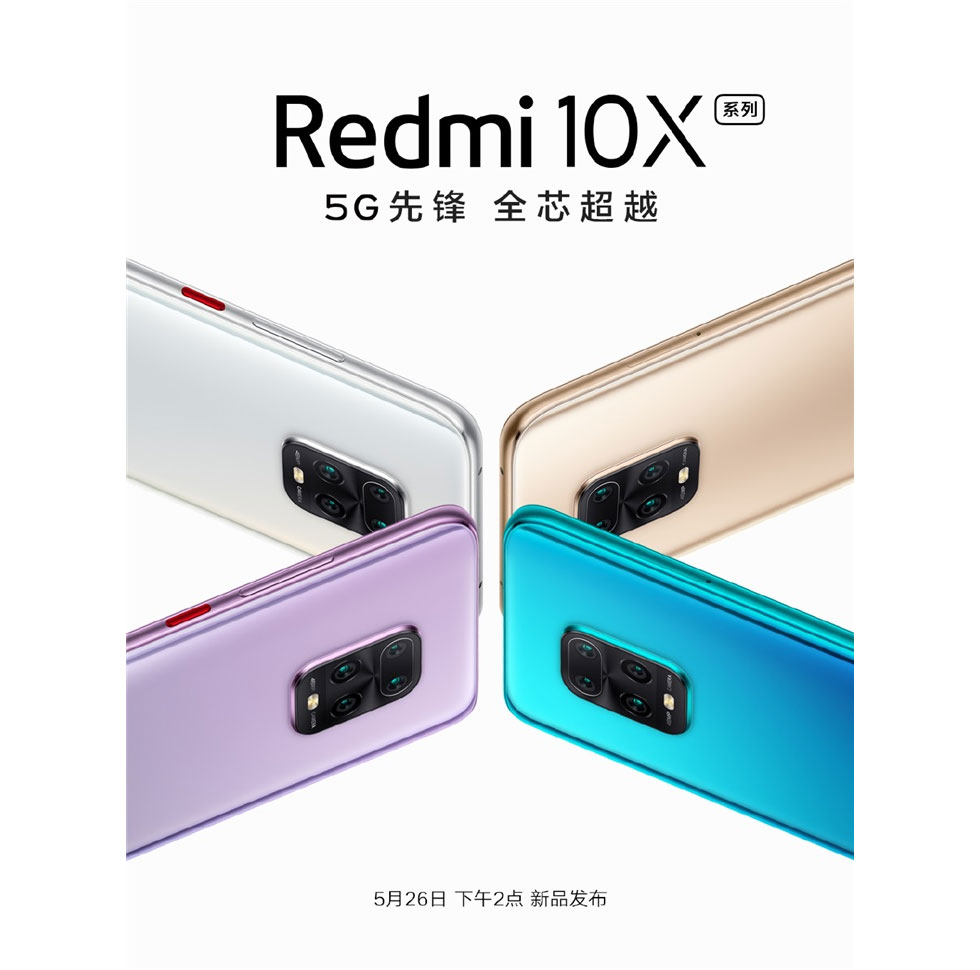