nubia has unveiled on its Weibo page a series of marketing materials that fully unveil the design of the nubia Z40S Pro, which is due to be unveiled on July 20th. For starters, the model will have a flat front and back. The expansive display on the front features extremely thin bezels - 0.96 mm on the sides and 1.46 mm on the top. There's a centrally placed punch hole for the selfie camera. On the back, there's a distinctively designed camera module. The main camera uses a big lens with a red circle around it. It employs a 64MP Sony IMX787 sensor with a 7-element lens and supports full-frame (35 mm) photography, 4K @ 120 fps video recording, OIS, etc. To its right, there's a 50MP ultra-wide angle camera with a 14 mm focal length equivalent, OIS, and macro shooting capabilities. The rectangular lens below the main one is the 8MP periscope telephoto camera with a 125 mm focal length equivalent. Finally, there's a flicker sensor in a ring of LED flashlights. The camera department of the model is powered by the latest edition of nubia's NeoVision technology. The nubia Z40S Pro will have three color versions - green, black, and a gaming one - Ling Cage - with a design that draws inspiration from the outfit of gaming smartphones. Moreover, this smartphone is only 8.05 mm thin which makes it the thinnest smartphone with a 5000 mAh battery and corresponding display size. 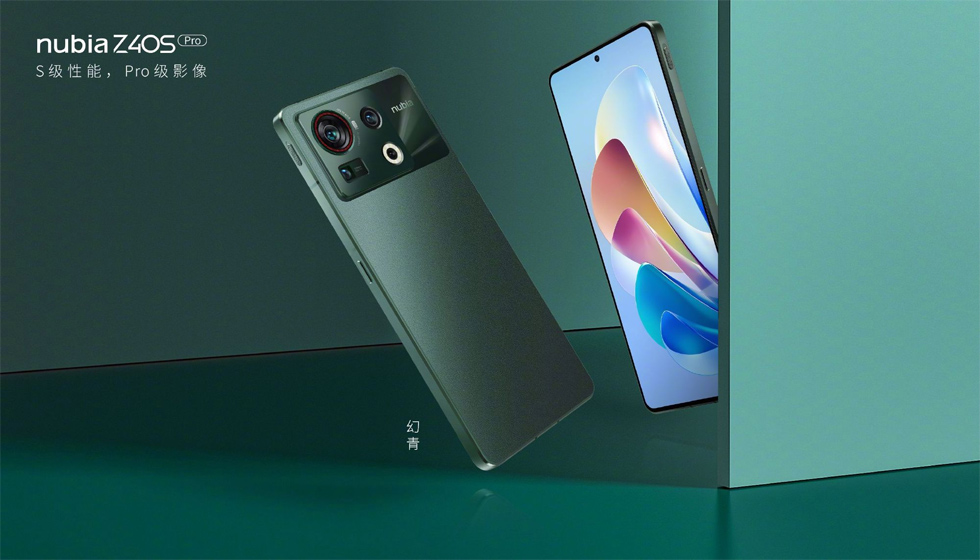 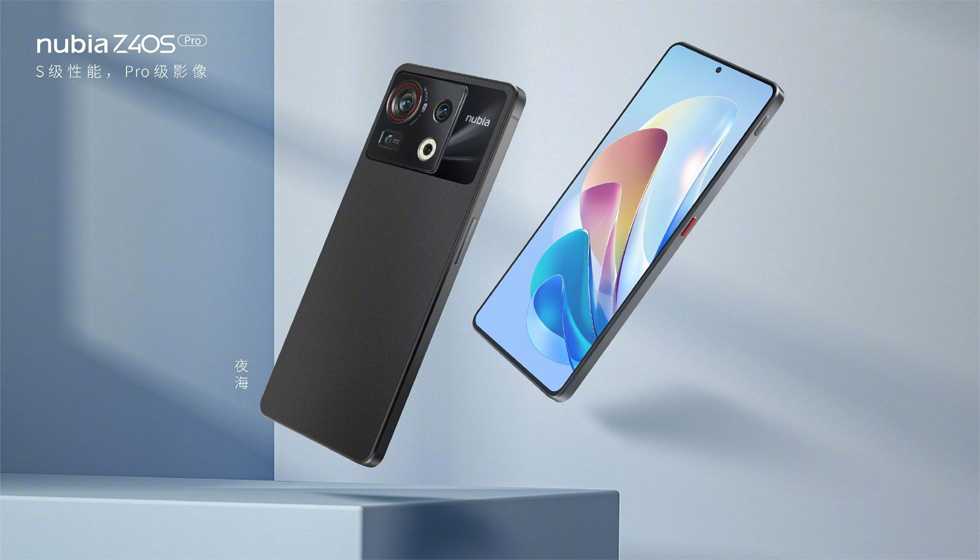 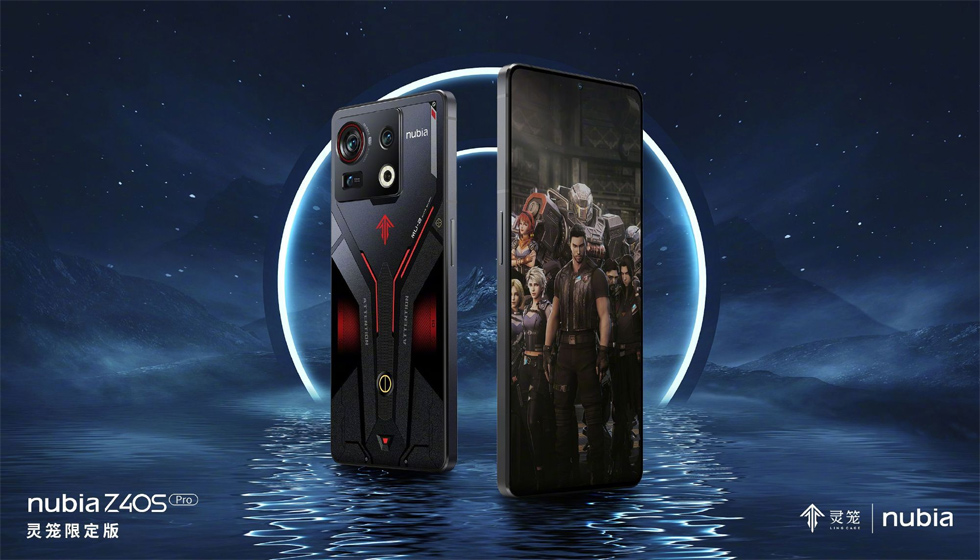 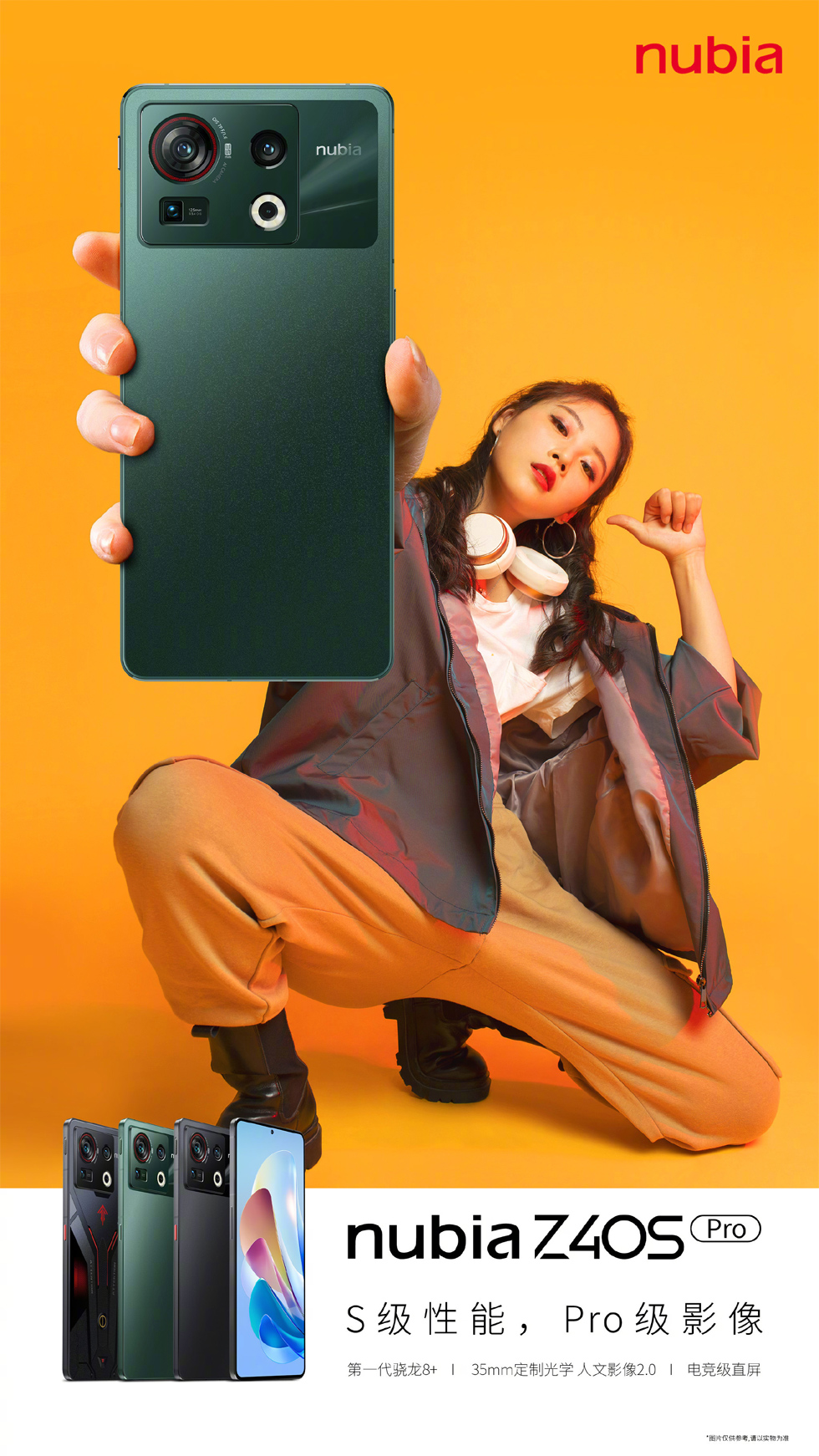 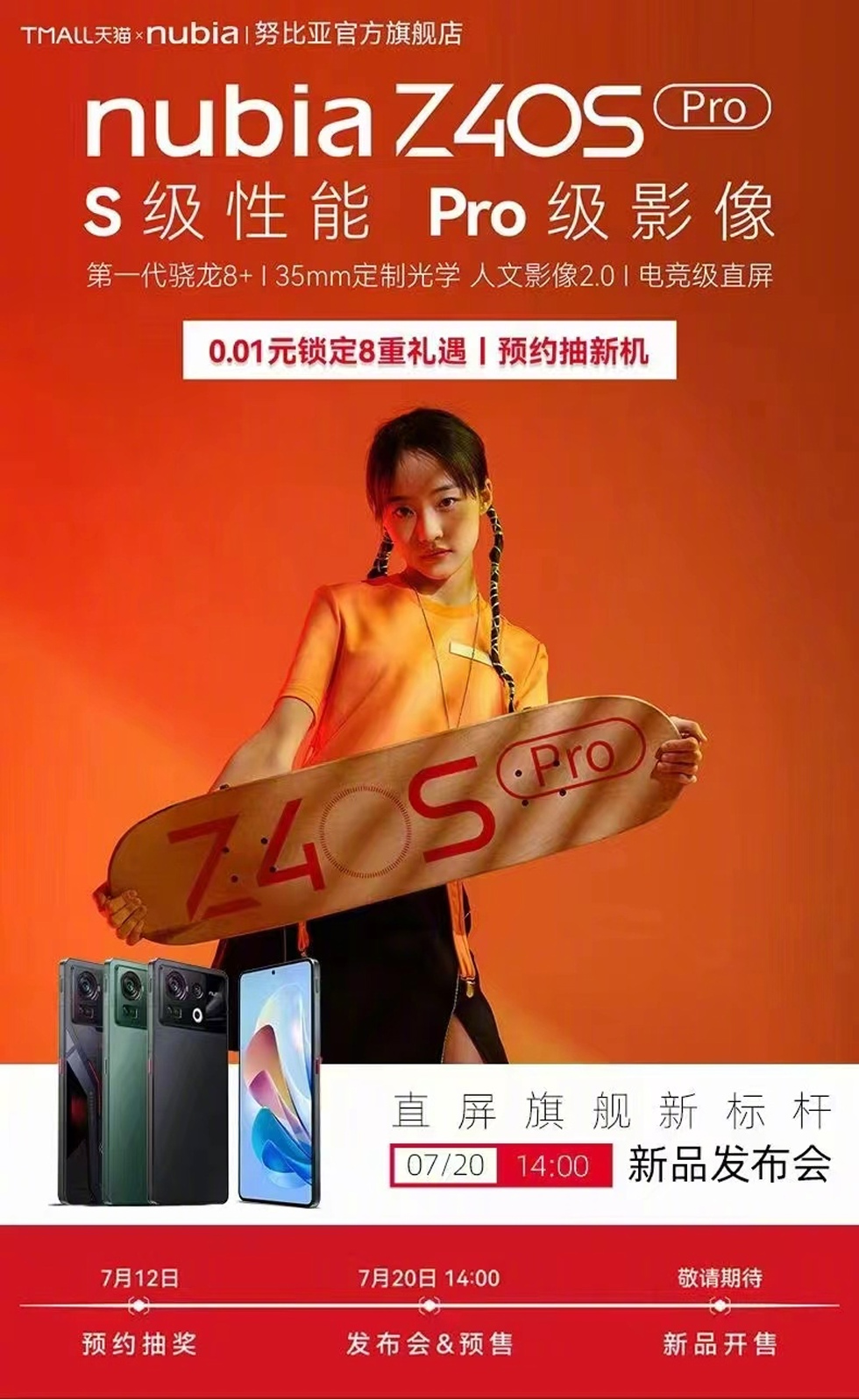 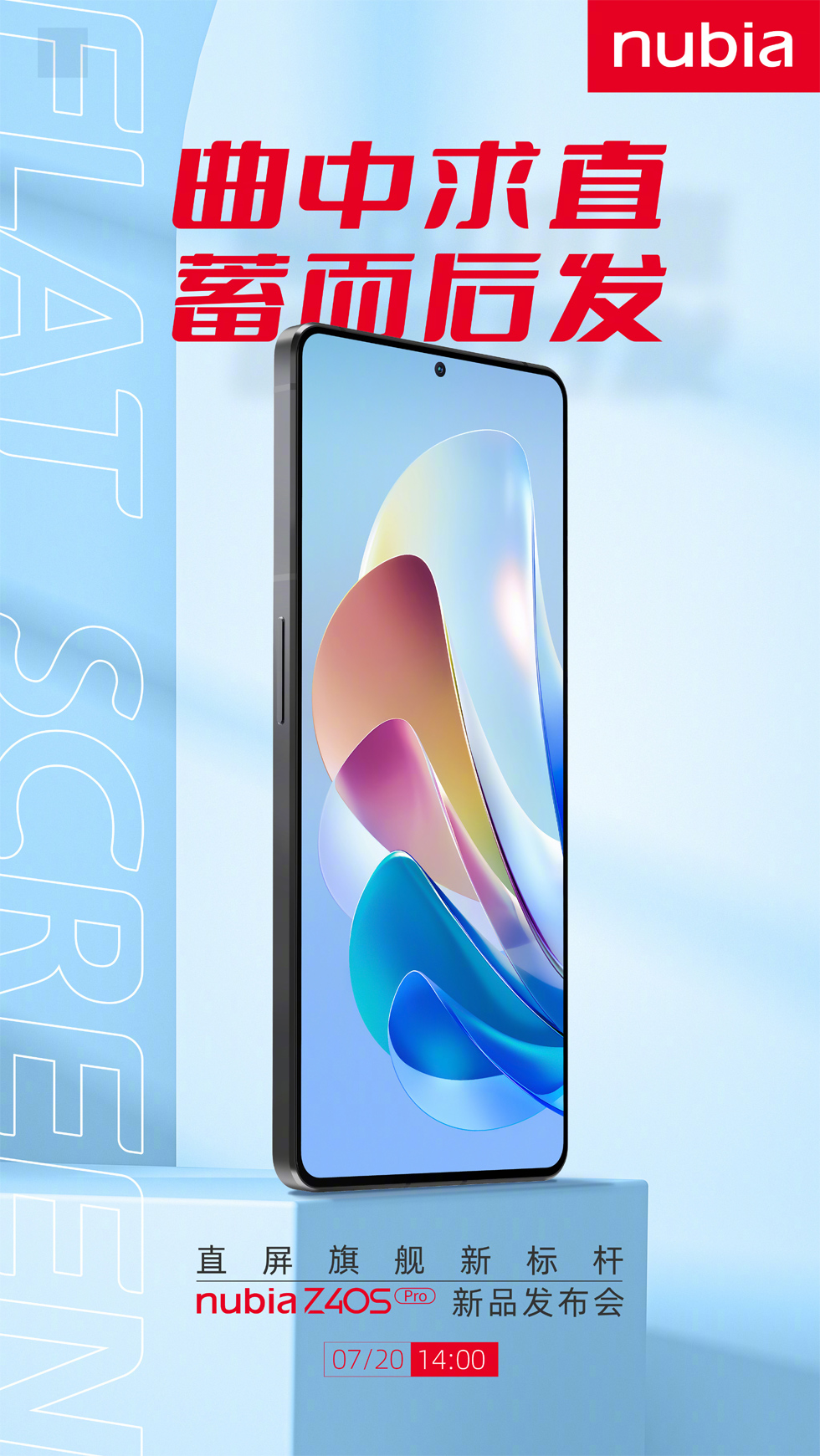 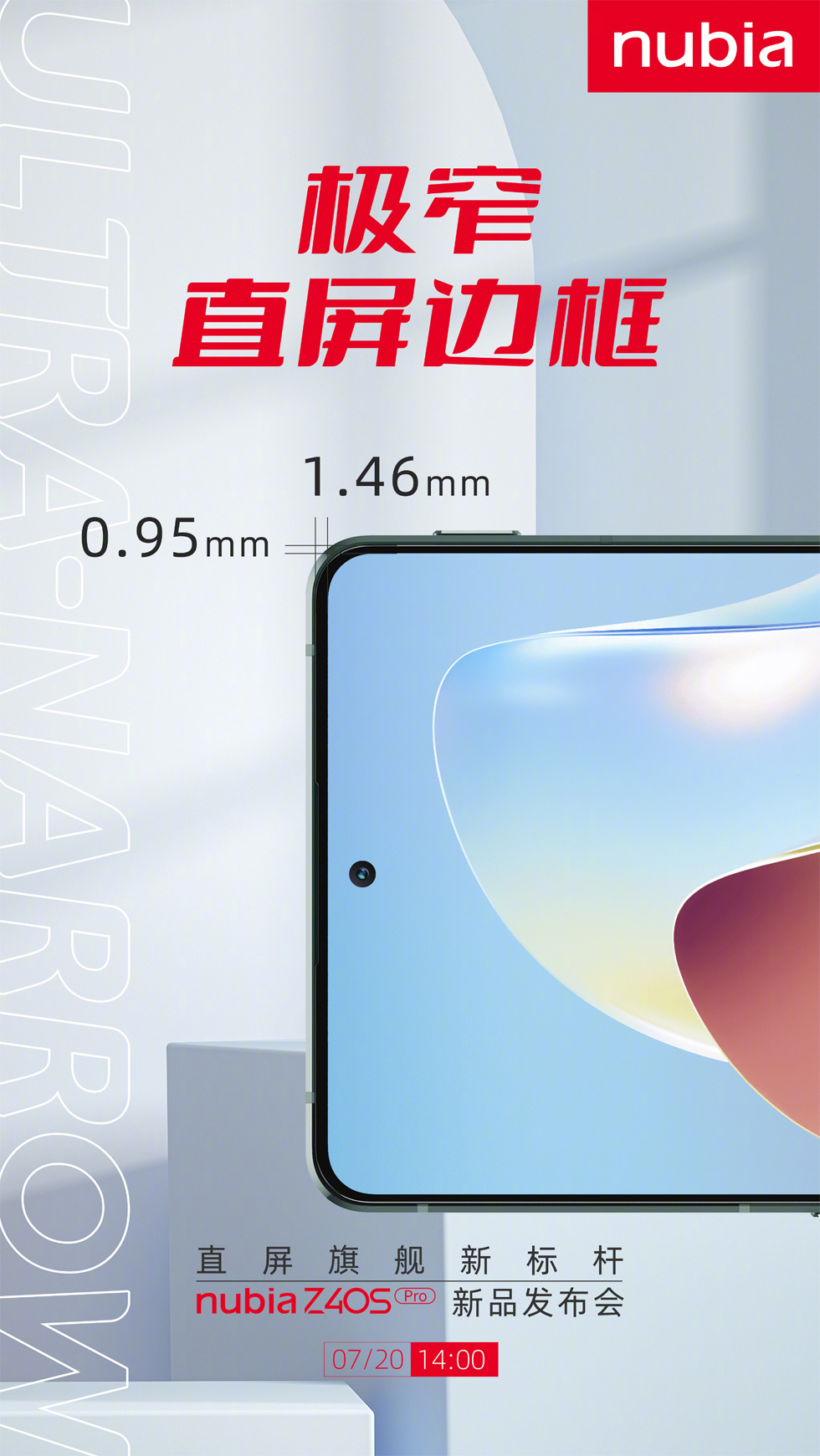 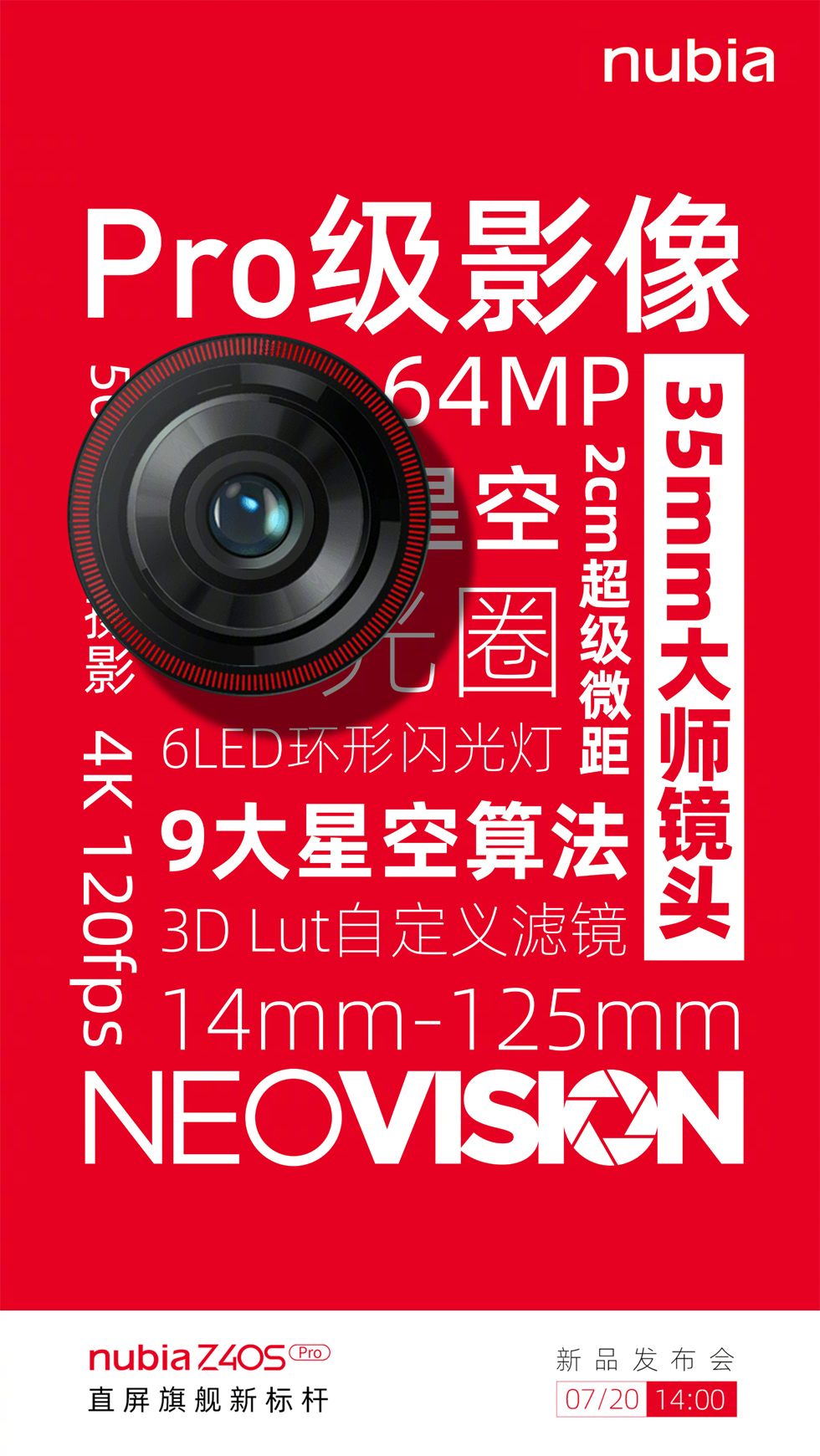 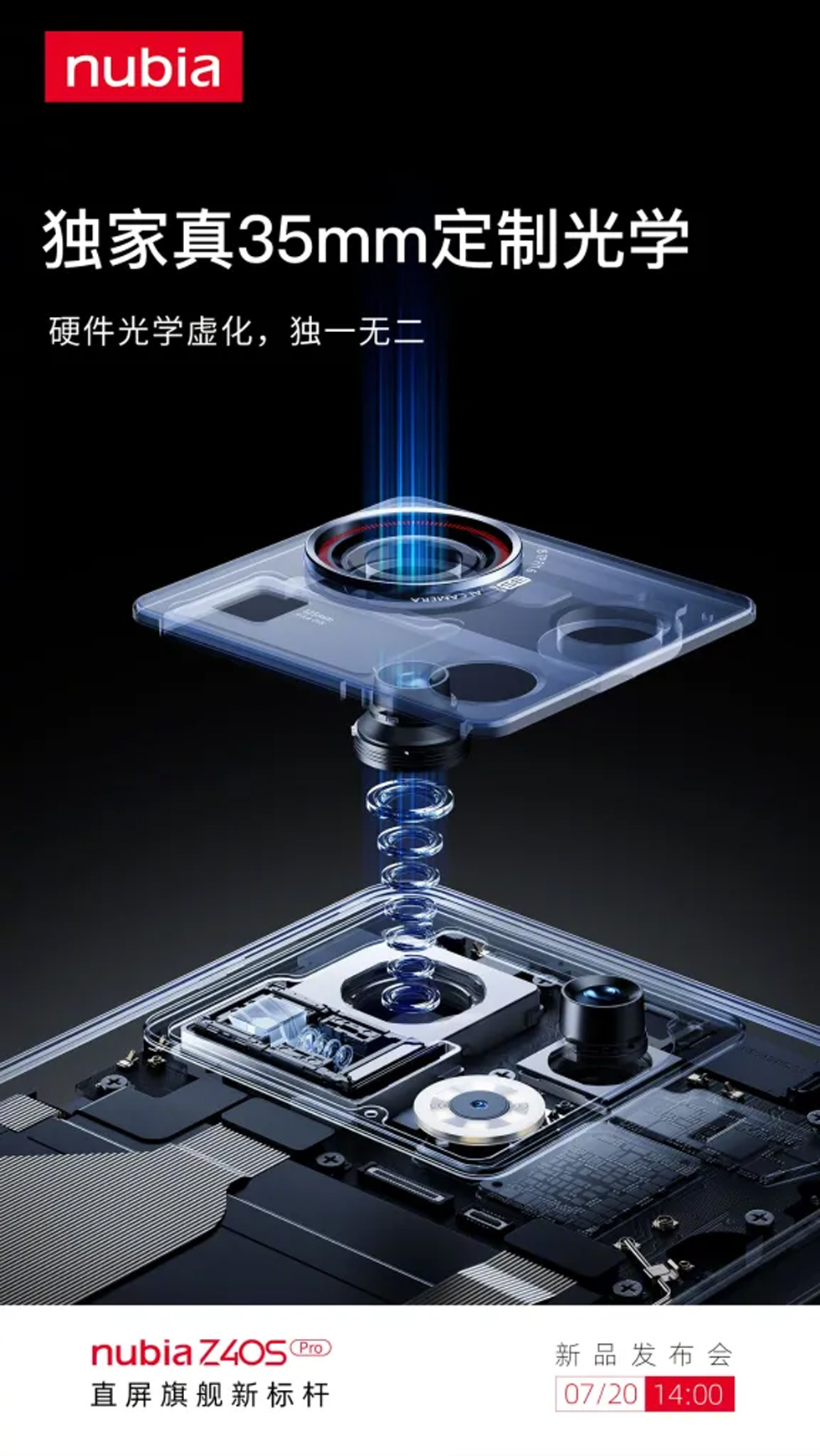 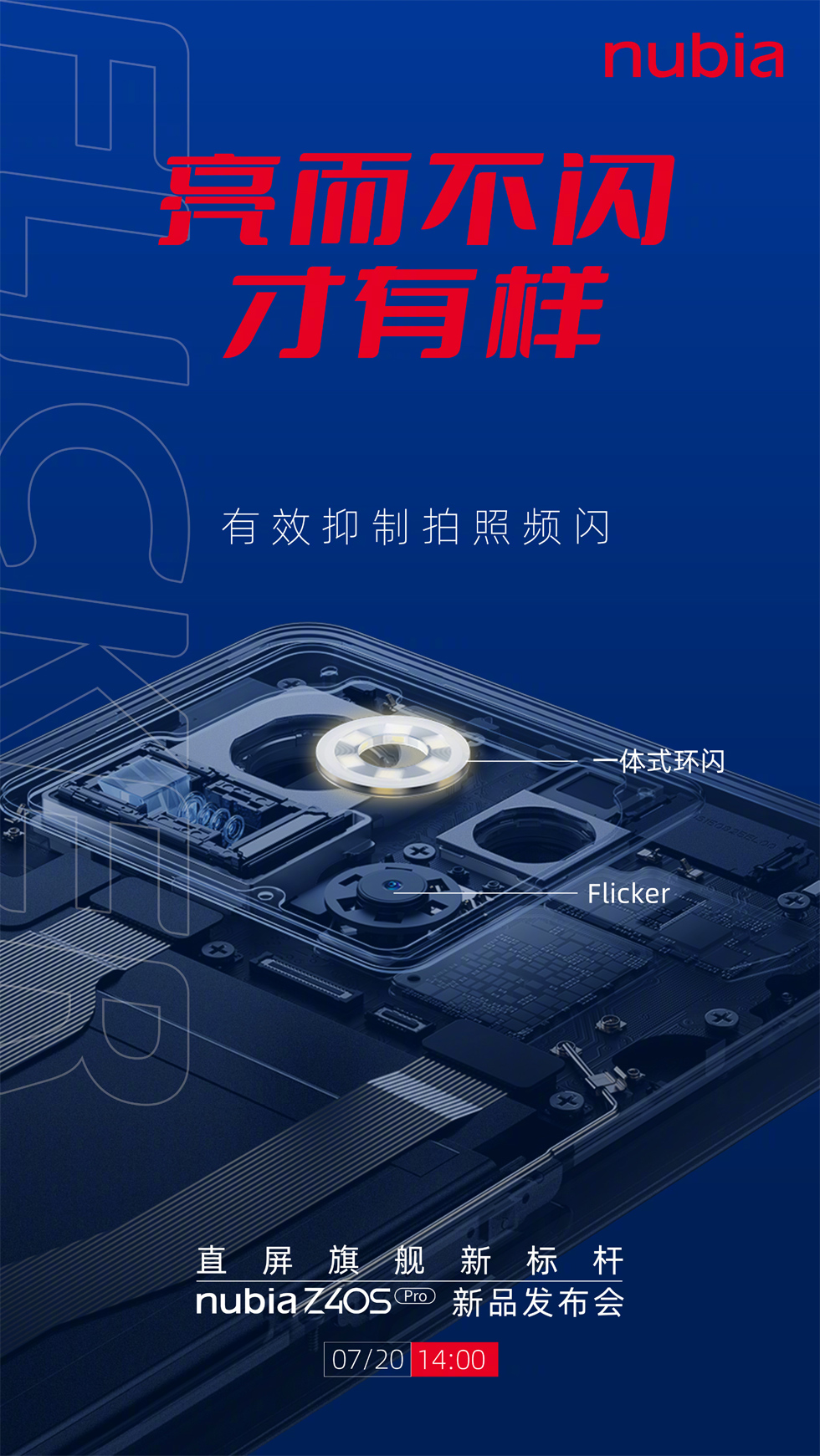