Today Cubot has announced the Cubot Quest - the world's first smartphone for sports. The device is showcased at the Global Sources Electronics Show. According to Cubot, the manufacturer has been perfecting this device for over a year to make it "strong, waterproof, thin". The device has a ruggedized body with an elegant flair. It uses a Corning Gorilla Glass for the screen and a nano-material shell. The device is IP68 rated for water and dust resistance and is only 8.5 mm thin. It is built around a 5.5-inch HD display and is based on a MediaTek Helio P22 (MT6762) chipset coupled with 4GB of RAM and 64GB of storage. Cubot Quest arrives with pure Android 9.0 Pie out of the box and is powered by a 3900 mAh battery. Pricing and availability are TBA.

Alongside the Cubot Quest, the manufacturer also showcases the other models it launched in 2018 - Cubot X18 Plus, Cubot Power, Cubot P20. 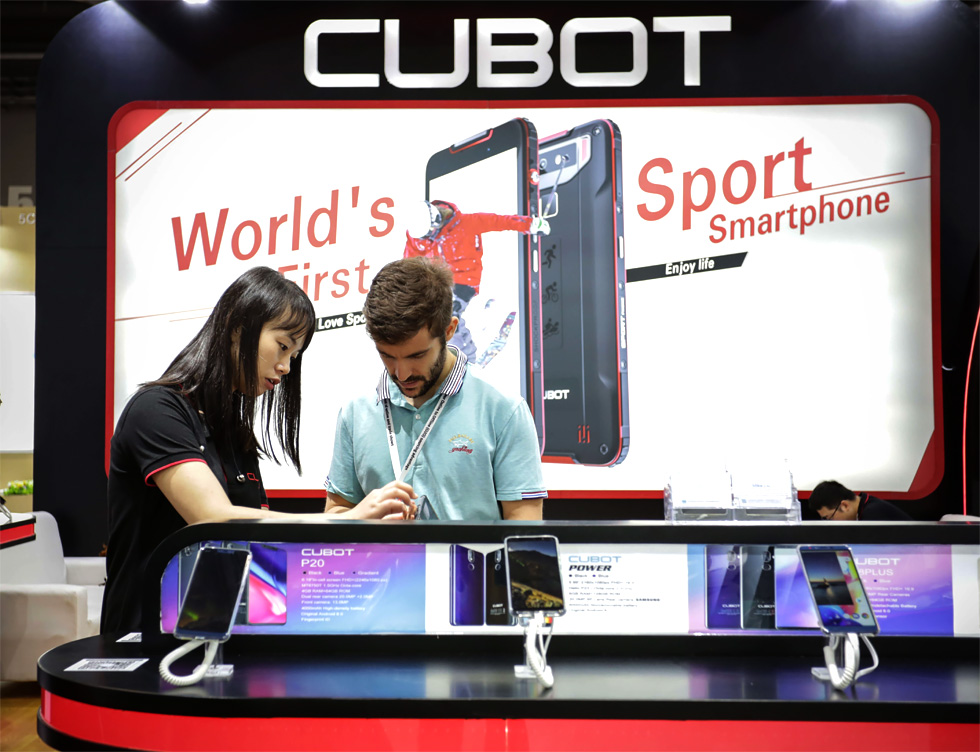 Our Cubot X50 full review is now ready. As usual, we provide you with detailed information about every aspect of the smartphone, including various measurements, tests, lots of photos, graphs, comparison tables, and screenshots. If you want to acquaint yourself with this smartphone in detail, here are the separate pages from our in-depth review: Cubot X50 specifications and unboxing Cubot X50 design overview Cubot...

Our Cubot KingKong 5 Pro full review is now ready. As usual, we provide you with detailed information about every aspect of the smartphone, including various measurements, tests, lots of photos, graphs, comparison tables, and screenshots. If you want to acquaint yourself with this smartphone in detail, here are the separate pages from our in-depth review: Cubot KingKong 5 Pro specifications and unboxing Cubot...

The Cubot King Kong CS is a very affordable smartphone targeted to people who need a compact rugged smartphone with basic smartphone functions. This is a 2G and 3G-only device, so no 4G LTE connectivity. It runs on Android 10 Go Edition and supports Bluetooth 4.0, Wi-Fi 802.11 b/g/n, GPS. The Micro-USB 2.0 port and the 3.5 mm jack are protected by a special rubber cap. The two Micro-SIM cards with the third slot for...

The Cubot X30 seems to be the latest addition to Cubot's X series, which is the top range of smartphones from the brand. The model is not officially announced, it has simply appeared on AliExpress and it is still unknown whether the whole model is real, or part of the specs are fake. The AliExpress listing states the smartphone has a 6.4-inch FHD+ IPS display, a 4200 mAh battery, 6GB/8GB of RAM, 128GB/256GB of...

Cubot has announced a new smartphone that's been obviously inspired by the Huawei Mate 30 Pro 5G. The Cubot Note 20 costs USD 100 and is available in a limited orange version, just like the smartphone it aspires to. However, it resembles the Huawei flagship only in appearance. Moreover, the official screenshots depict four rear cameras and in reality, there are only three on the Cubot Note 20. The Cubot Note 20 is...