LG has unveiled the LG G8X ThinQ at the IFA 2019. In South Korea, the model is dubbed LG V50S ThinQ but the Korean variant also offers 5G connectivity via the Snapdragon X50 modem. Either way, the smartphone comes with a more advanced LG Dual Screen. "For the new version, LG sought out consumer feedback and implemented a number of improvements including an additional 2.1-inch Cover Display. This handy extra display lets users check the time, date, battery charge, notifications and other useful information without opening the Dual Screen." In addition, the new Dual Screen adopts a new 360 Freestop Hinge to allow for viewing at any angle, just like a laptop.

The LG Dual Screen has a 6.4-inch OLED FHD+ display and is paired to a 2.1-inch mono cover display. It employs a 360-degree Freestop hinge and a USB port. Pricing and availability are TBA. 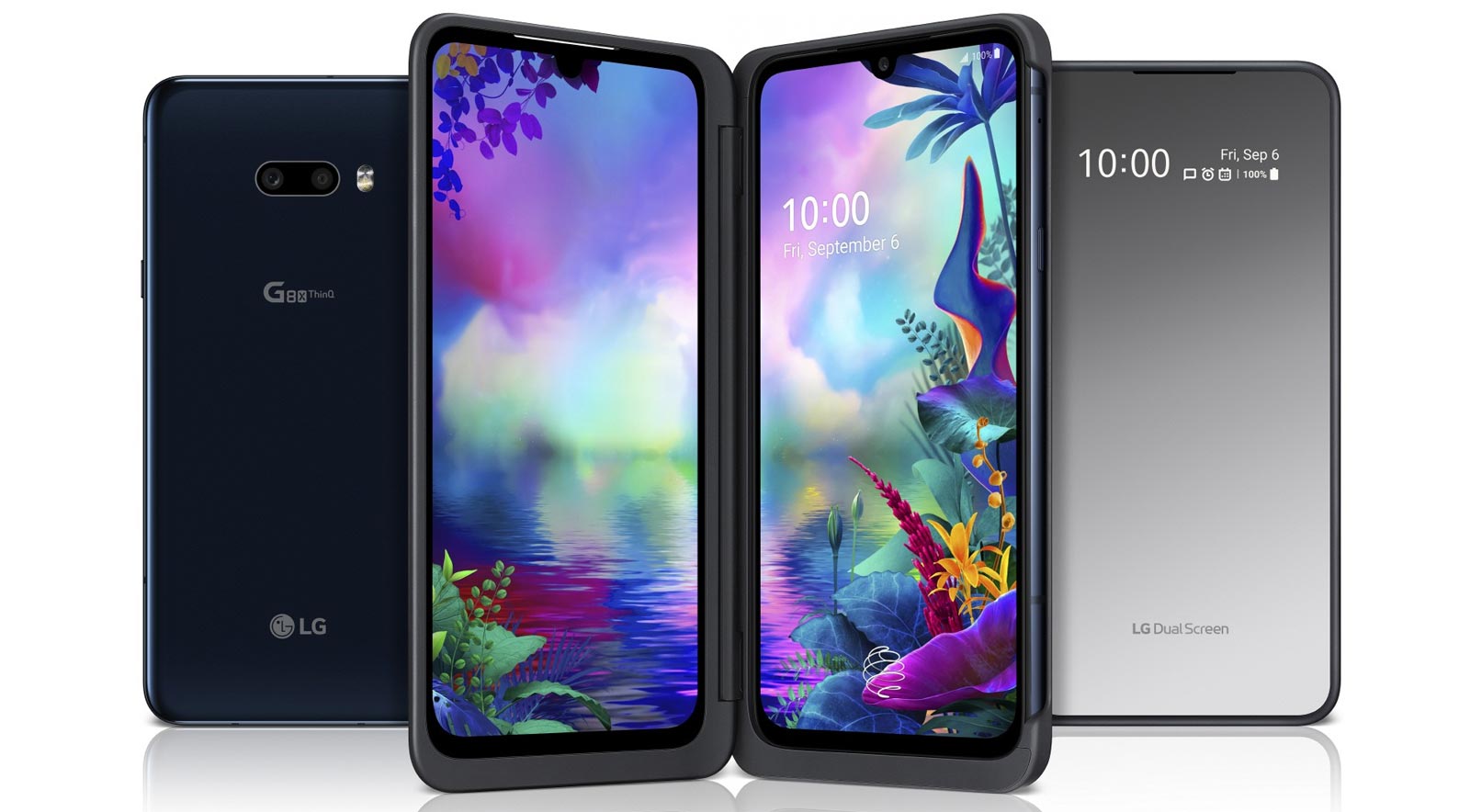