Xiaomi has confirmed that it will bring back the Mi MIX series on March 29. However, the company did not tease any detail about the upcoming smartphone. It could very well be the brand's first foldable smartphone which could be called Mi MIX Fold or Xiaomi Mi Mix 4 Pro Max. We guess that Xiaomi will tease the upcoming Mi MIX device prior to the official announcement in four days. During the event, the brand will also introduce the Mi 11 Pro and the Mi 11 Ultra. 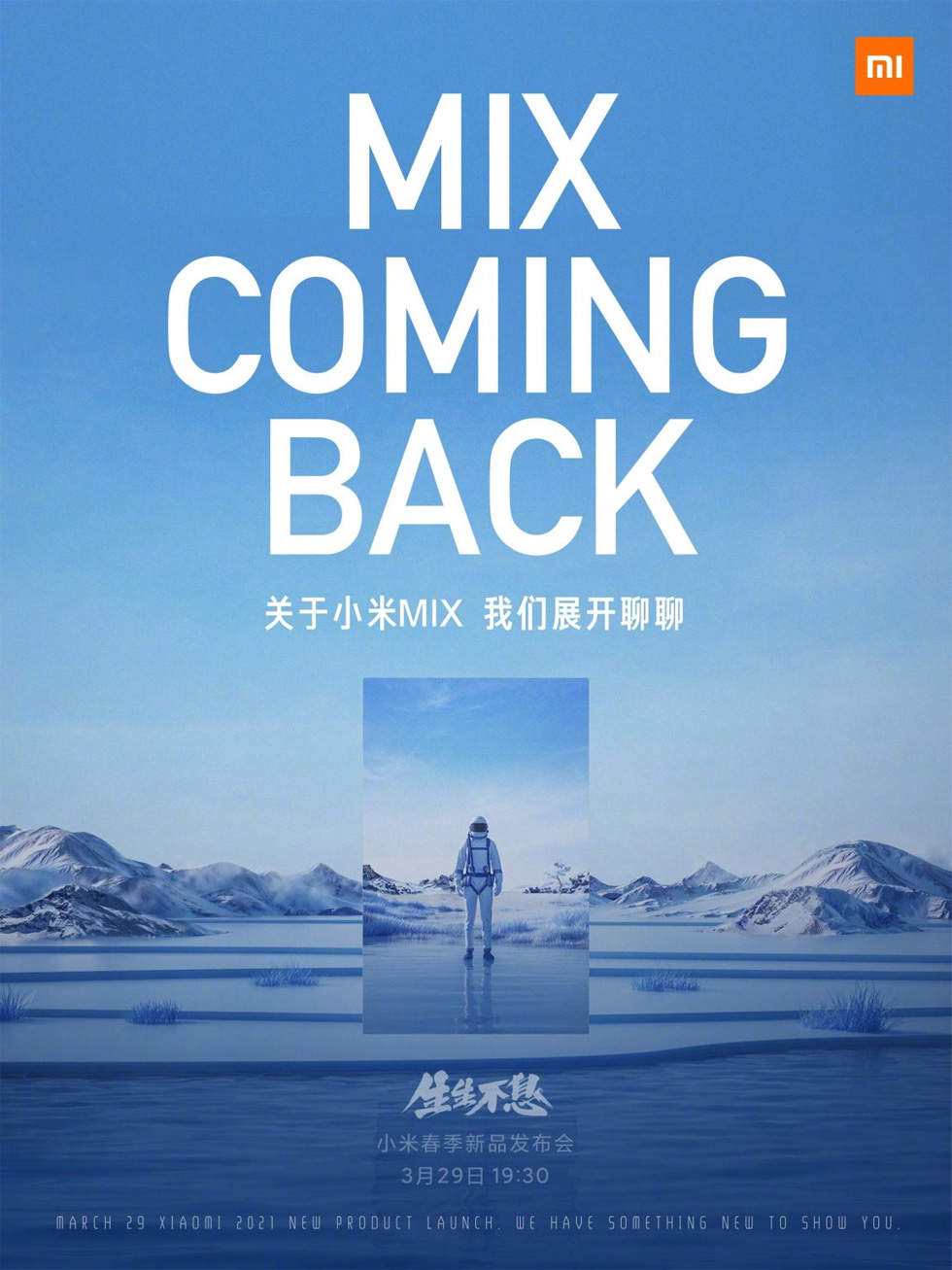