Redmi Note 12 5G is the base model from the Redmi Note 12 series unlike the Pro, Pro+, and Explorer models, it is based on a Snapdragon 4 Gen 1 chipset. The latter is paired with 4GB/6GB/8GB of LPDDR4X RAM and 128GB/256GB of UFS 2.2 storage. The device is equipped with a 6.67-inch AMOLED display with an FHD+ resolution and a 120Hz refresh rate. It delivers 1200 nits of peak brightness and is SGS certified for eye safety. Redmi Note 12 5G packs a 5000 mAh battery with 33W fast charging support. The device is fitted with a 3.5 mm jack, a fingerprint sensor, and a USB Type-C port. The camera department comprises a 48MP main shooter adjoined by a 2MP depth sensor. There's an 8MP shooter for selfies. The smartphone runs on Android 12 with MIUI 13 on top and supports NFC. The body is IP53 rated for resistance to water splashes and is available in blue, white, and black colors. Redmi Note 12 5G is priced as follows: 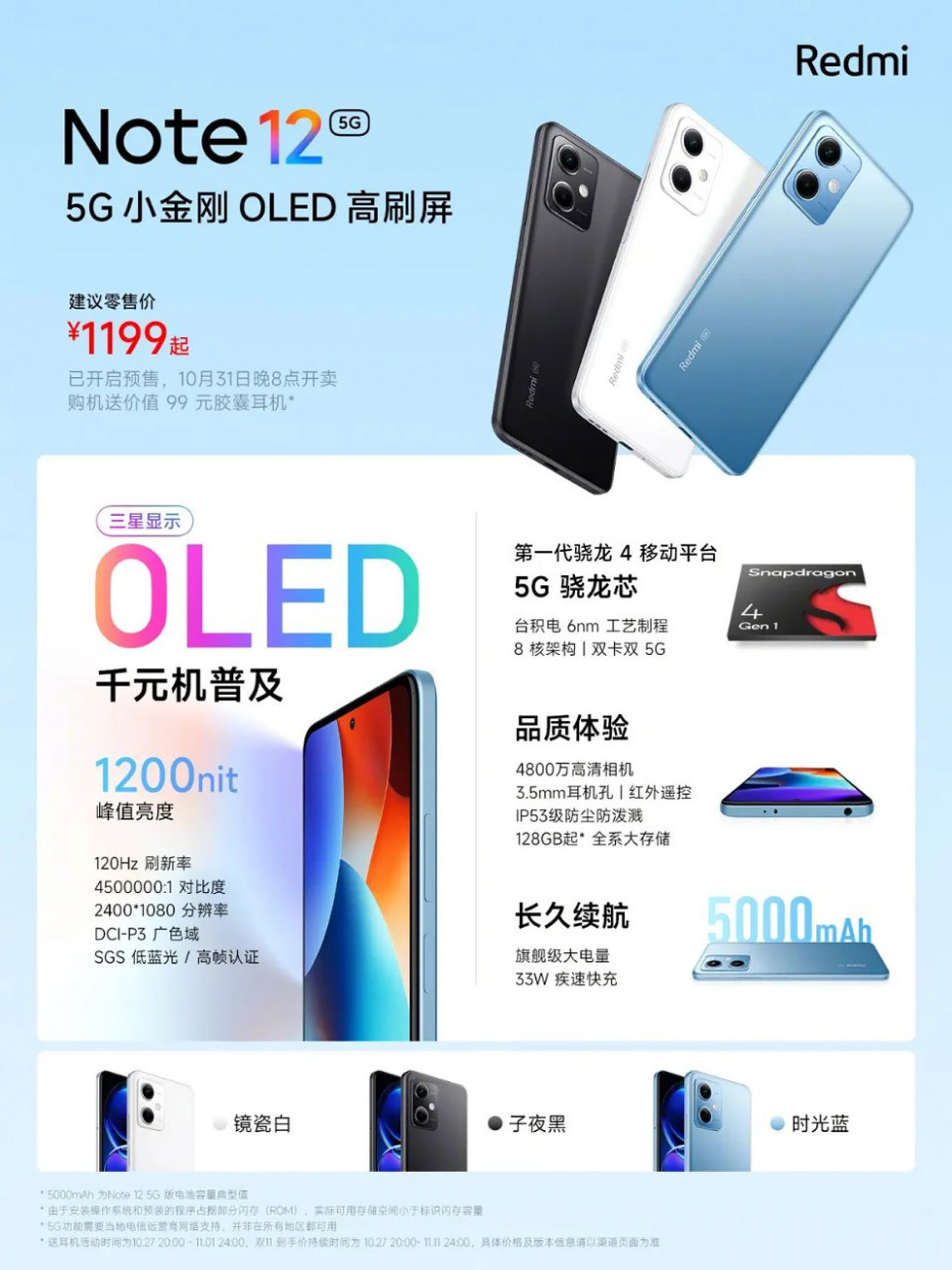 Redmi Pad is unveiled with a Helio G99 chipset and a 10.6" 2K IPS display with a 90Hz refresh rate

Redmi Pad has been unveiled alongside the Redmi Note 12 series today. This tablet has a unibody metal design. While it packs a massive 8000 mAh battery, the device manages to keep a thin waistline of 7.05 mm and weighs only 445 g. Its front is adorned with a 10.6-inch 2K IPS display with a 90Hz refresh rate. The device runs on MIUI for PAD 13 based on Android 12 with software that's specially customized for...