Oppo's own landing page for the Reno9 series and several posts on Oppo's Weibo provide a pretty good idea about the design and specifications of the upcoming trio of smartphones. The series will include the following models: The Oppo Reno9 and the Oppo Reno9 Pro have identical designs, dimensions, weights, and batteries. Each is 7.19 mm thin, weighs 174 grams, packs a 4500 mAh battery with 67W fast charging support, and has a 3D curved design front and back. The displays are also expected to be identical - 6.7-inch OLED units with a resolution of 1080 x 2412 pixels, 2160Hz PWM dimming, a 120Hz refresh rate, and 10-bit color bit depth. It is the chipset and camera department that the two models differ. The Oppo Reno9 will pack a Snapdragon 778G chipset with 8GB/12GB of RAM and 256GB/512GB of storage. It will offer a 64MP main camera joined by a 2MP unit. The Oppo Reno9 Pro will be based on a Dimensity 8100-MAX chipset with 16GB of RAM and 256GB?512GB of storage. It will have a 50MP Sony IMX890 main camera adjoined by an 8MP unit. The available colors for the two models are one and the same.

The Oppo Reno9 Pro+ follows the same dual-side 3D curved design language but replaces one of the colors with a blue option. While retaining the same display as the other two models, it is slightly thicker at 7.99 mm waistline and slightly heavier - 192 grams. This is due mainly to the larger 4700 mAh battery which also supports 80W fast charging. The camera department is upgraded including a 50MP Sony IMX890 main unit with OIS, an 8MP auxiliary one, and a 2MP lens. Finally, the processing power of the model will be based on the Snapdragon 8+ Gen 1 chipset with 16GB of RAM and 256GB/512GB of storage. 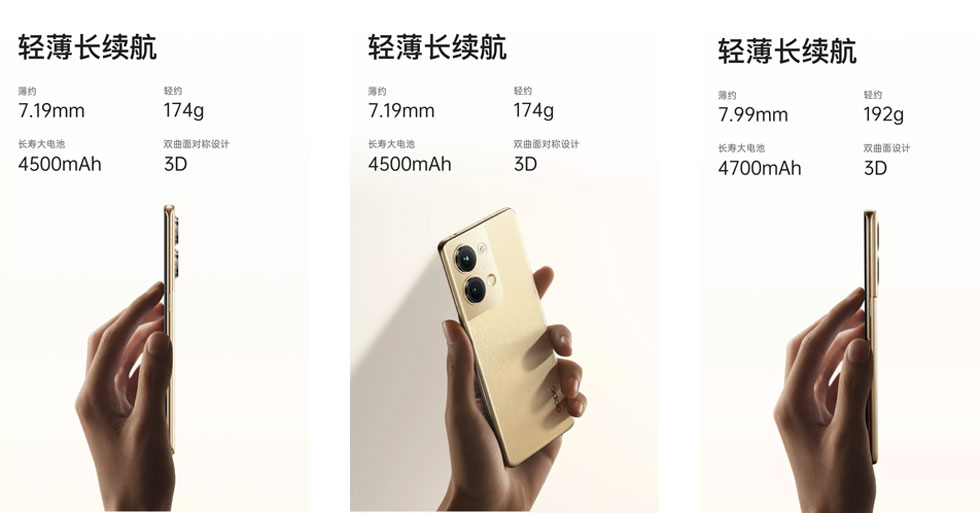 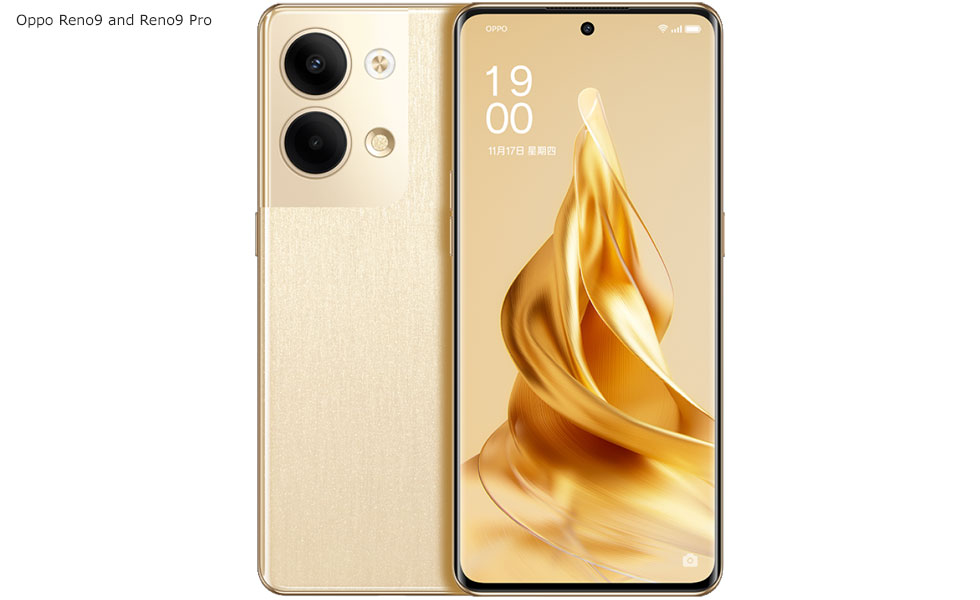 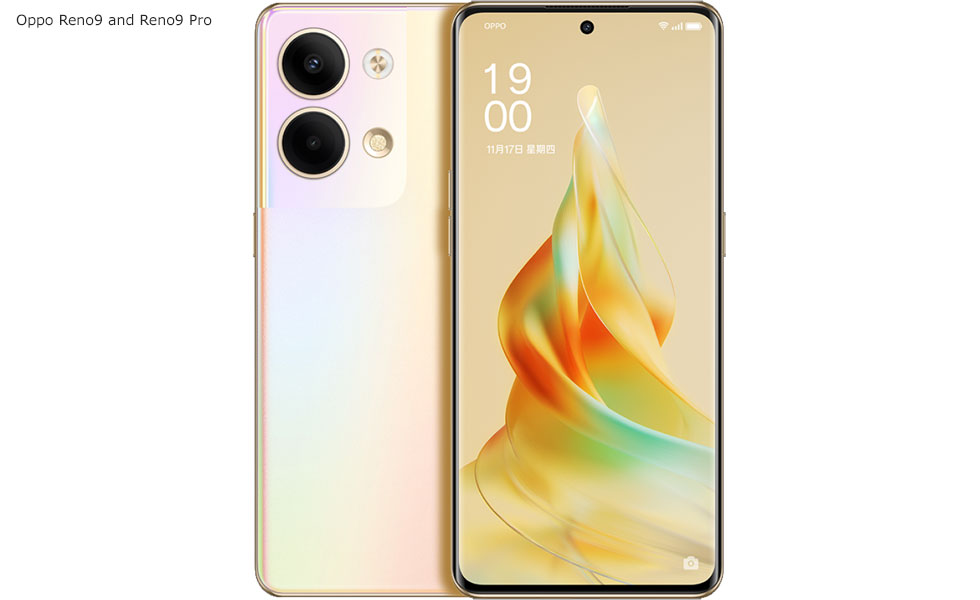 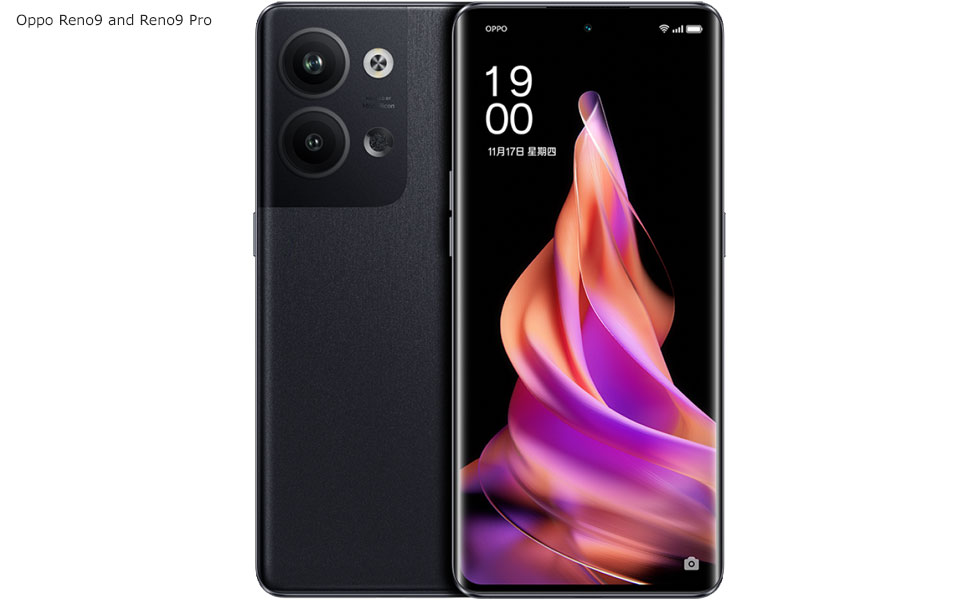 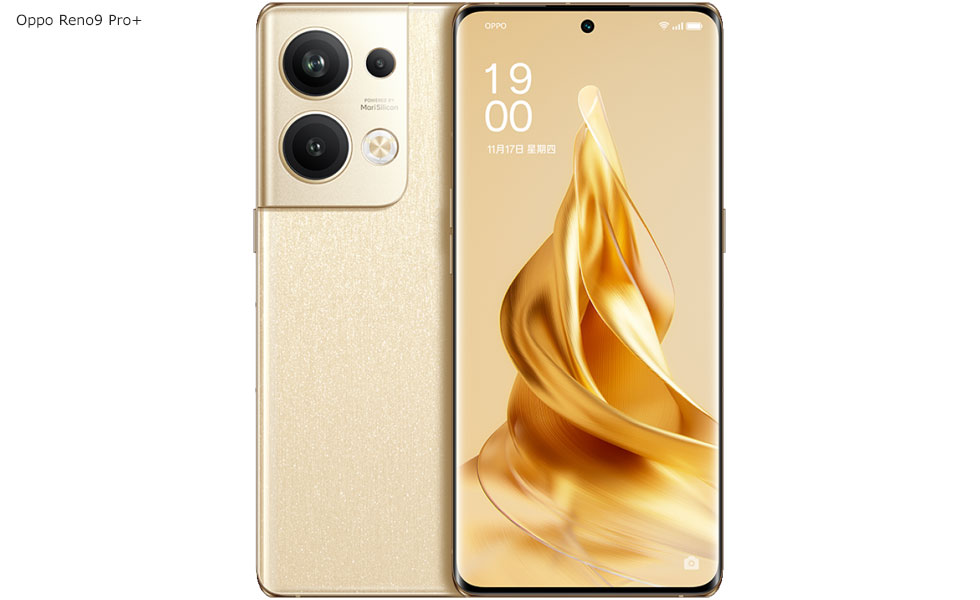 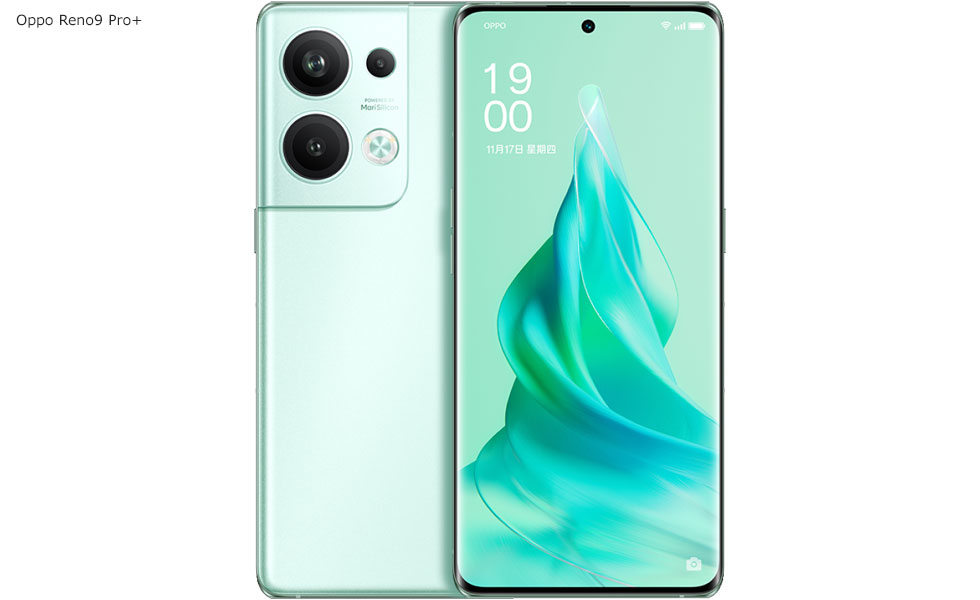 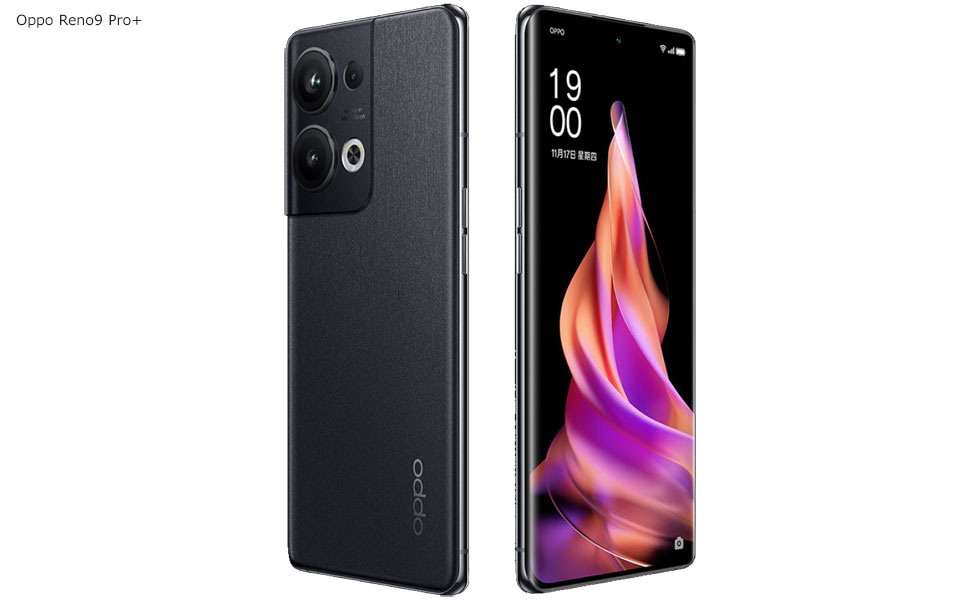 Oppo A58 5G is now officially launched in China. This smartphone with a model code PHJ110 is based on a MediaTek Dimensity 700 chipset paired with 6GB/8GB of LPDDR4X RAM and 128GB/256Gb of UFS 2.2 storage. It is powered by a 5000 mAh battery with 33W SuperVOOC fast charging support. The device is built around a 6.517-inch IPS display with an HD+ resolution, a 90Hz refresh rate, 600 nits of peak brightness, 480 nits...

The Oppo K10x was unveiled in China featuring upper mid-range specs and a very affordable price tag. The model is based on a Snapdragon 695 chipset with 8GB/12GB of LPDDR4X RAM and 129GB/256GB of UFS 2.2 storage. The chipset is aided by a Diamond smart cooling system for sustainable performance. The smartphone is powered by a 5000 mAh battery with 67W fast charging support. Its front is adorned with a 6.59-inch IPS...