It has been officially confirmed that the Xiaomi 12 and Xiaomi 12 Pro will be presented on December 28th along with MIUI 13. Meanwhile, Lei Jun took to Weibo to officially unveil the looks of the two smartphones. It is clearly visible that the two devices have 3D curved sides on the front and back. The bodies feature aluminum frames, glass front, glass rear shell but the rear design has not been unveiled. Thin display bezels, centrally placed punch holes for the front cameras, in-display fingerprint sensors, and stereo speakers are also part of the Xiaomi 12 series features. 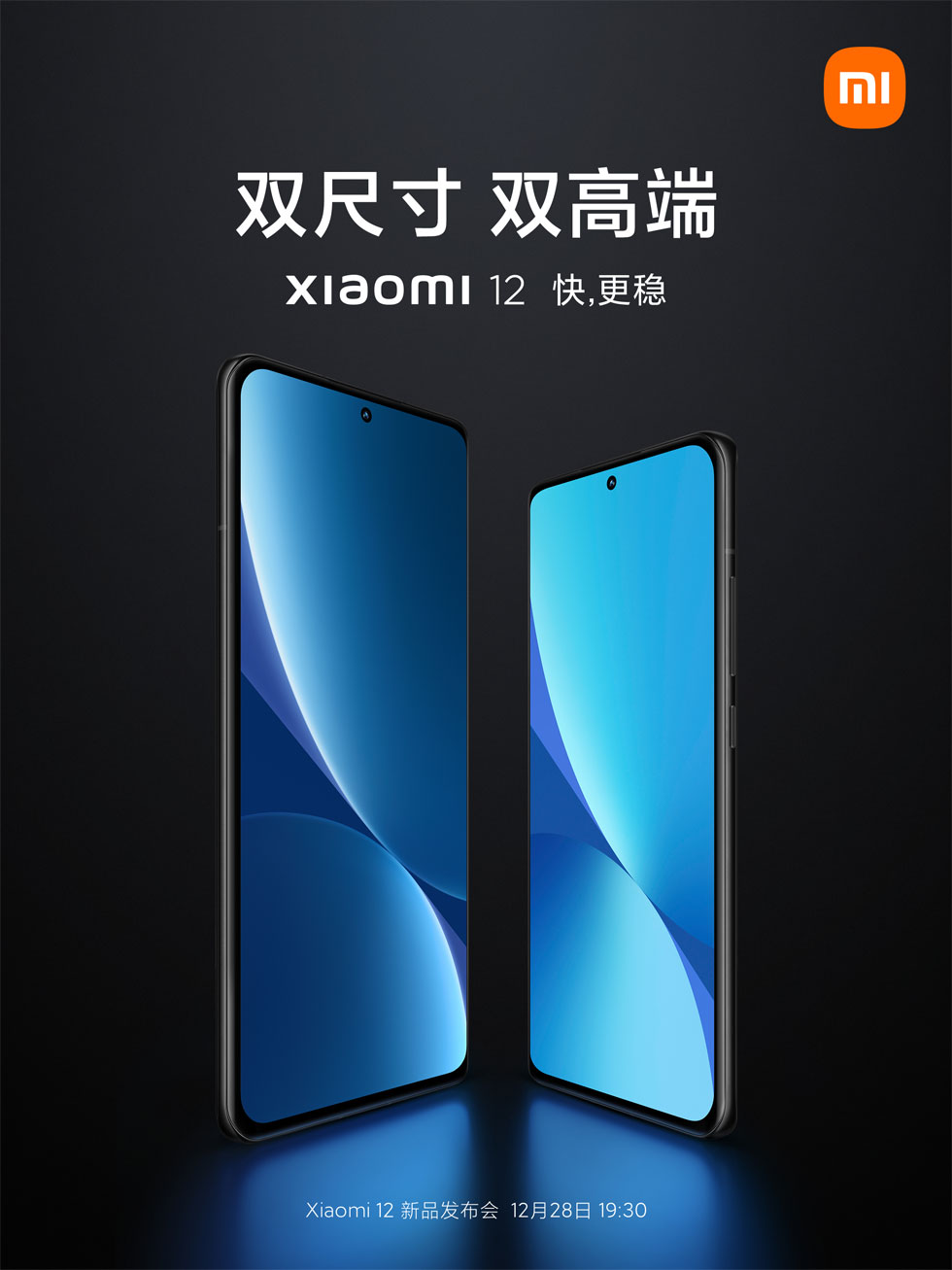