Asus has just unveiled the ROG Phone 6 and the ROG Phone 6 Pro. Both smartphones are based on Qualcomm's Snapdragon 8+ Gen 1 Mobile Platform. However, upgrades do not stop at providing the latest hardware. The guys from Republic Of Gamers have gone many steps further in analyzing gaming behavior and providing intelligent cooling solutions, so gamers enjoy the best performance out of this latest hardware. According to three basic gaming scenarios, there are three levels of advanced cooling. For starters, this is the short-tern, occasional gaming, which is not very demanding in terms of heat management. In this context, Asus has managed to find a thermal solution for short-term gaming - the 360-degree CPU cooling technology. In its essence, this is a Boron Nitride thermal compound which is inserted directly between the RF board and the mainboard and cools the Snapdragon chip directly from both sides. It has superior thermal stability, is chemically non-reactive, electrically nonconductive, and has a low viscosity. For mid-term gaming sessions, Asus has increased almost twice the surface of the graphite layers (85% to be exact) and has also increased the surface o the vapor chamber. This is done to move away the heat from the chip faster. The center-placed SoC makes this process easier. Thus, when you hold the device, the fingers don't rest right on top of the chipset and this allows for placing an external cooling system. The latter leads us to the third level of gaming and corresponding thermal management - the brand-new AeroActive Cooler 6. It uses a thermoelectric cooling module also known as a peltier element. With this, heat is reduced by 25 degrees Celsius on the back cover. The cooling process is so powerful, that the gadget has a humidity sensor that intelligently controls the thermoelectric cooling dynamically to prevent condensation and humidity inside the phone. Under X Mode+ you get the best-sustained performance out of the Snapdragon 8+ Gen 1 chip on the ROG Phone 6 and ROG Phone 6 Pro coupled with the AeroAcive Cooler 6.

The ROG Phone 6 series retain the display of the Asus ROG Phone 5/5s family - a 6.78-inch AMOLED unit with an FHD+ resolution, Gorilla Glass Victus, HDR10+ certification, 111% DCI-P3 color space coverage, PixelWorks display engine. However, the refresh rate is increased from 144Hz to 165Hz and the touch latency is decreased to the world-beating 23 seconds. The touch sampling rate is increased to 720Hz. In addition, the two models feature the AirTrigger 6 system with two built-in ultrasonic sensors with 9 different gestures. You can also now use the gyroscope to look around as well. On the back, there are four physical tactile buttons that are arranged to let you control each of them precisely. On the ROG Phone 6 Pro you get the customizable RGB ROG Vision secondary display with 6 different content scenarios. The Aura RGB Lighting is present on both models as well with the logo lighting up, too.

The battery has not changed. Each of the devices has a dual-cell 6000 mAh unit with 65W charging. The motherboard is placed between the two battery cells for improved heating management. The smartphones have two USB-C ports as the previous version and support HDMI. The devices run on ZenUI + ROG UI based on Android 12 with improved software targeted at gaming and customizing. The smartphones support Bluetooth 5.2, Wi-Fi 6E, NFC, dual-mode 5G, Dual-frequency (L1+L5) GNSS, Globass, Galileo, BeiDou, QZSS, and NavIC. On the back, there's the new 50MP Sony IMX766 sensor for the main shooter with an f/1.8 aperture and the same 13MP ultra-wide camera with 125º FoV and a 5MP macro unit. The Asus ROG Phone 6 and 6 Pro retain the 3.5 mm jack and arrive with a GameFX Audio System including the same front-firing massive speakers (12x16 mm). 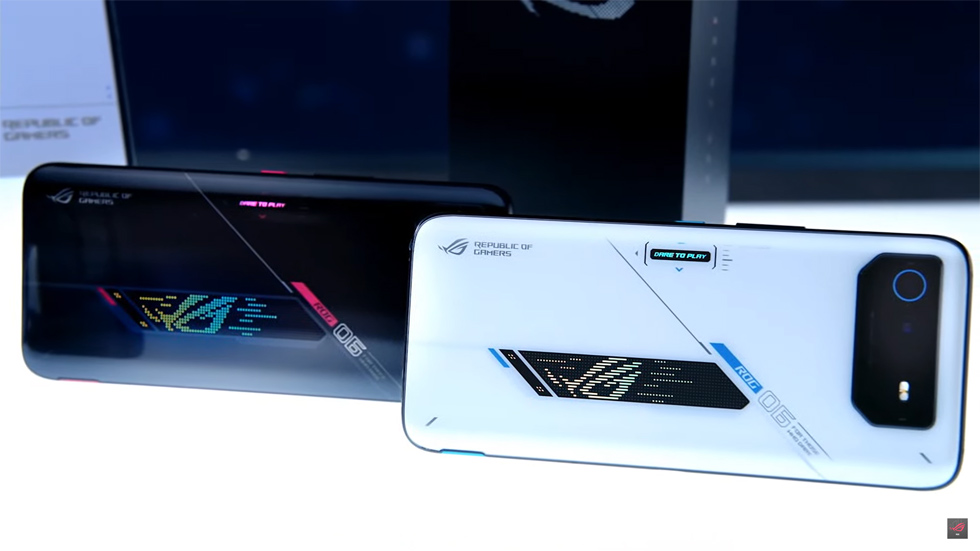 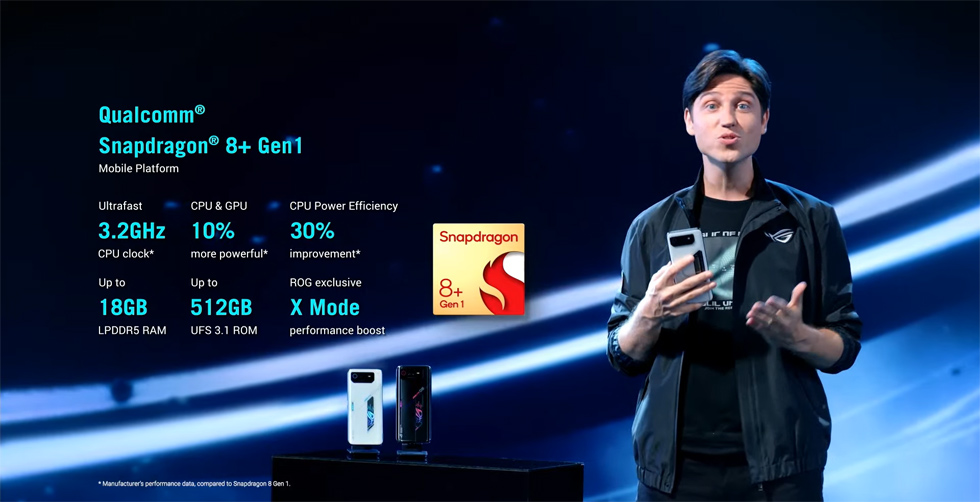 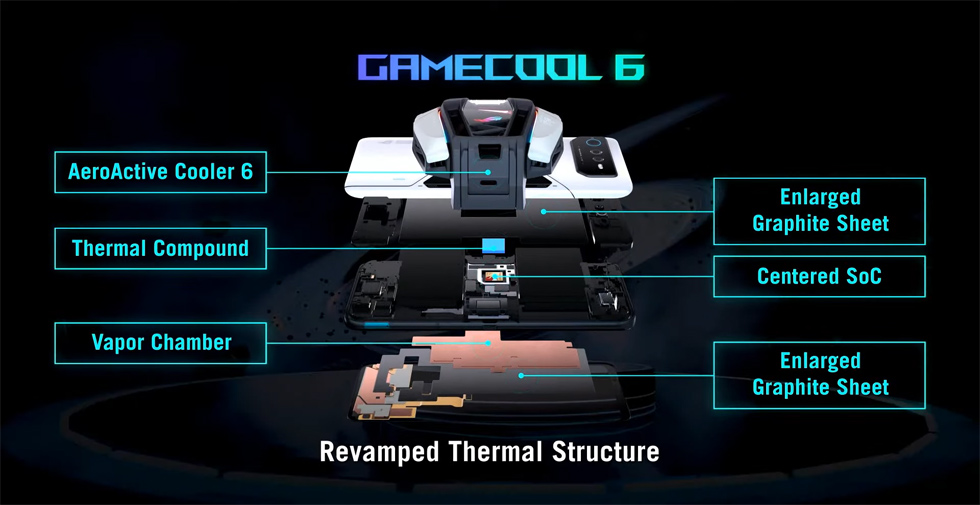 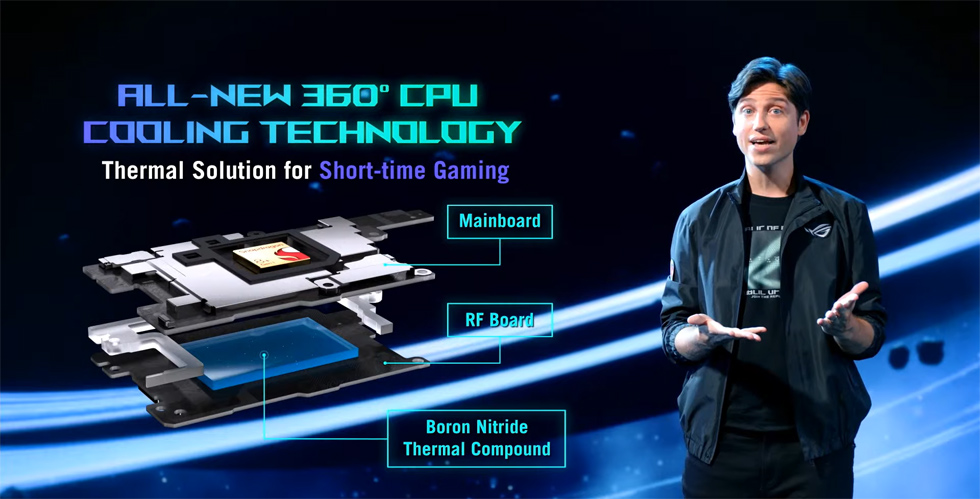 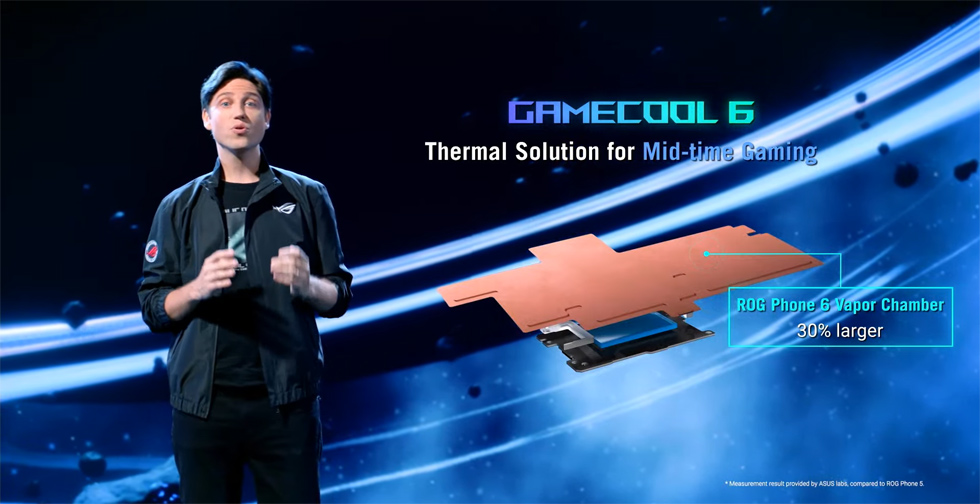 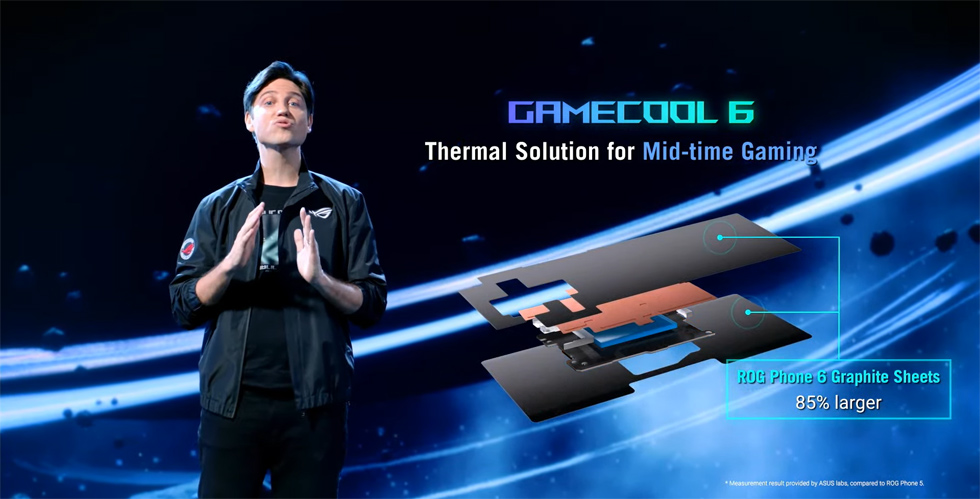 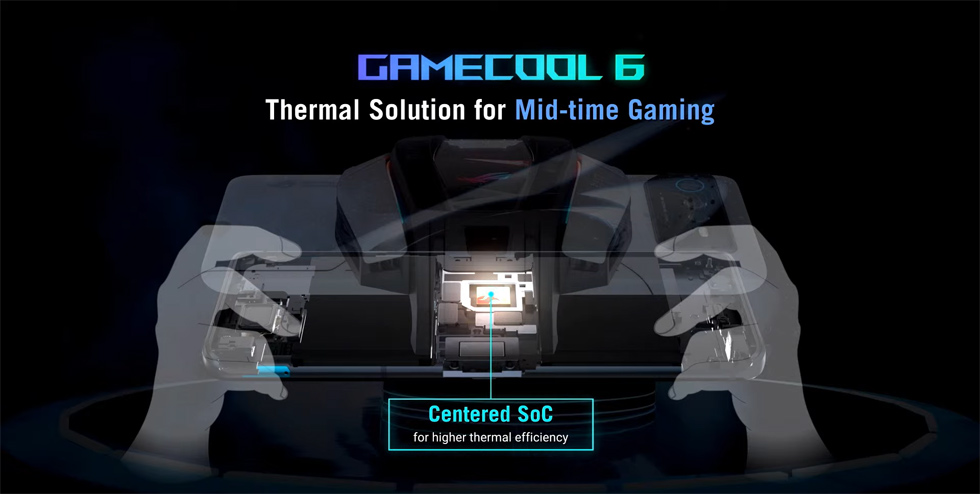 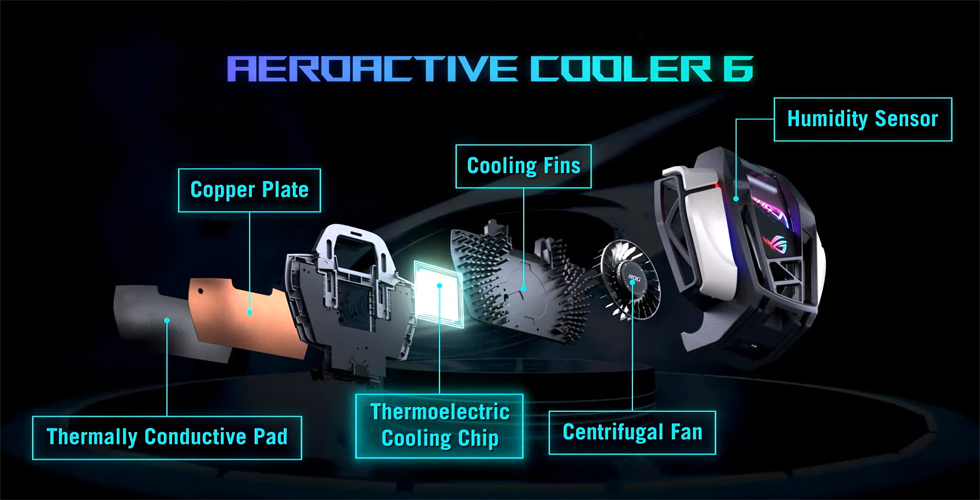 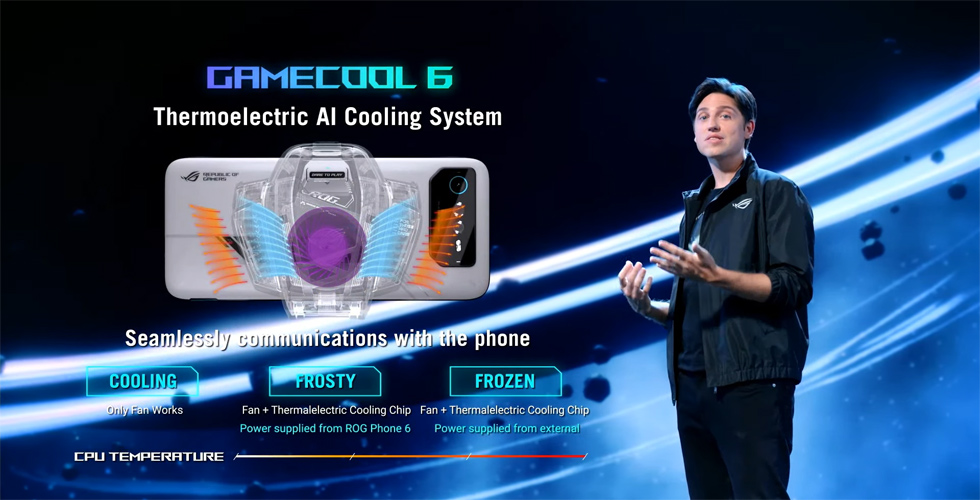 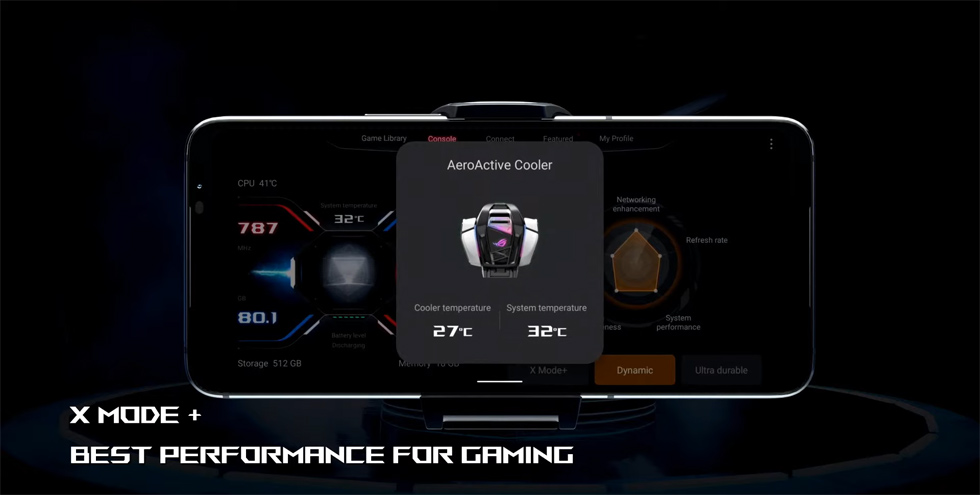 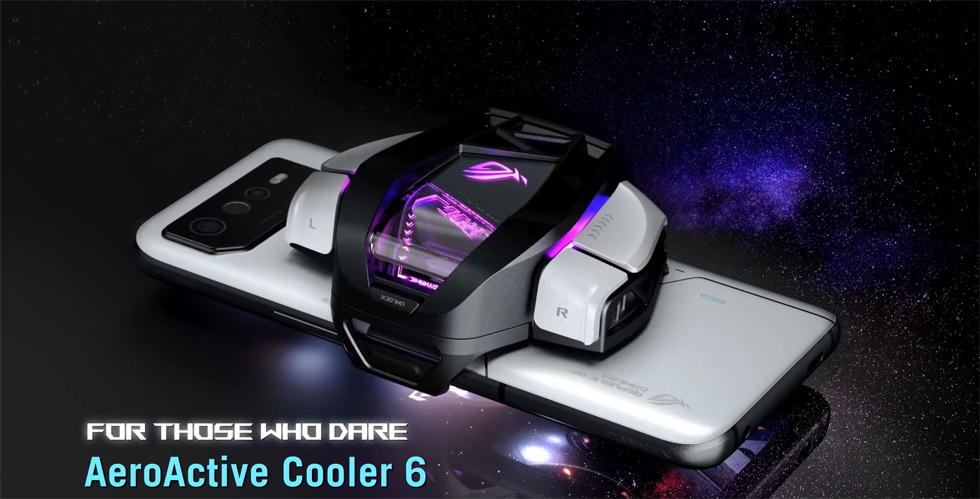 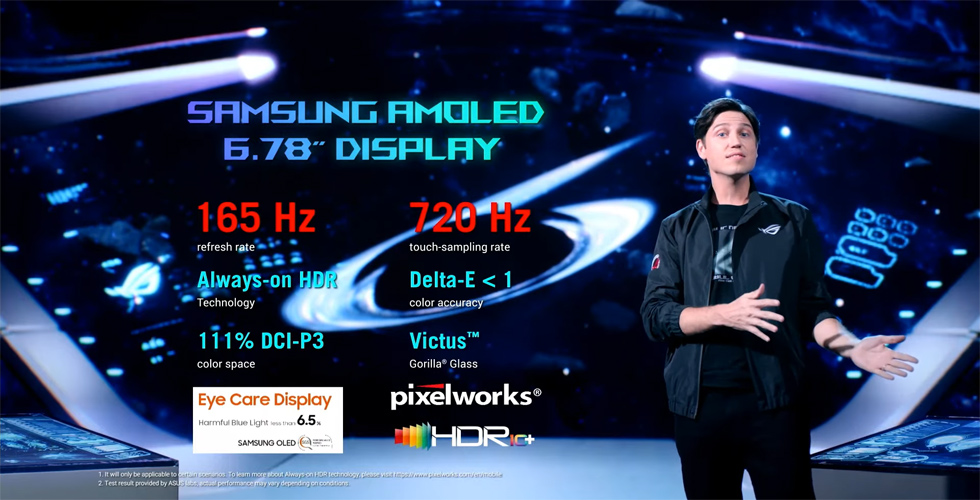 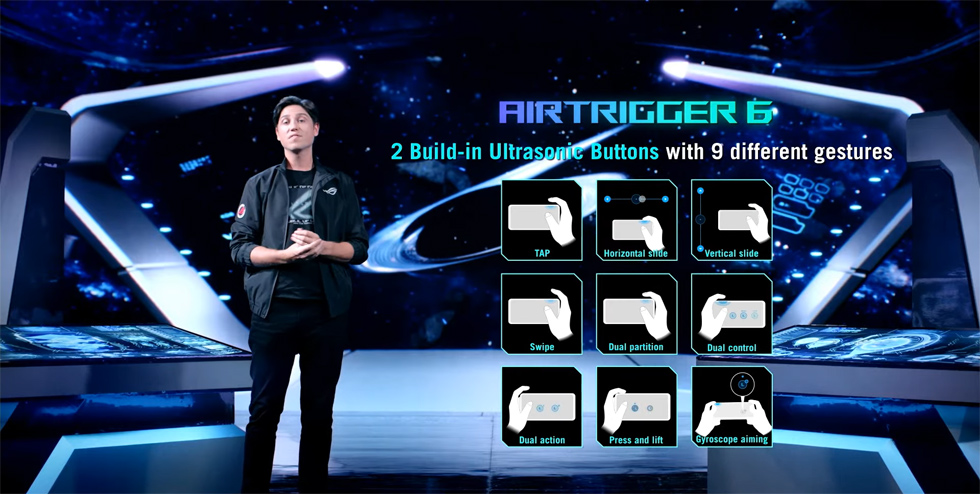 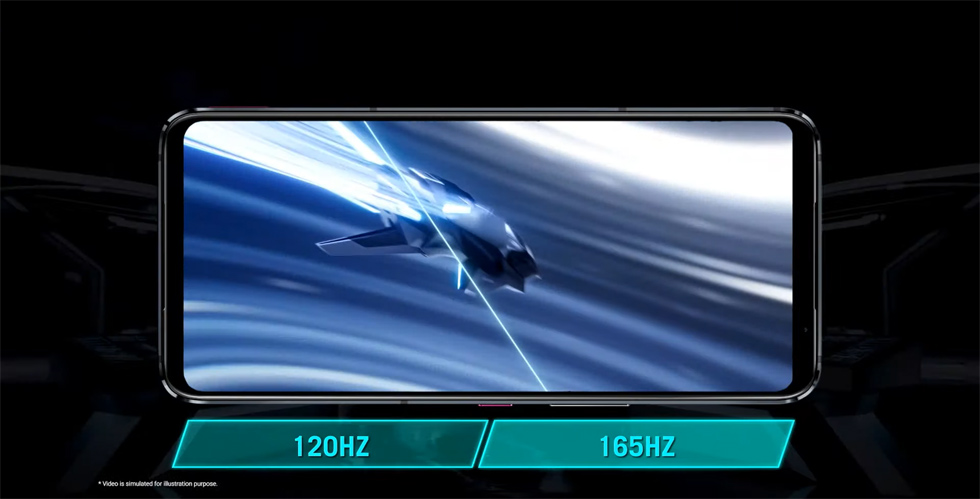 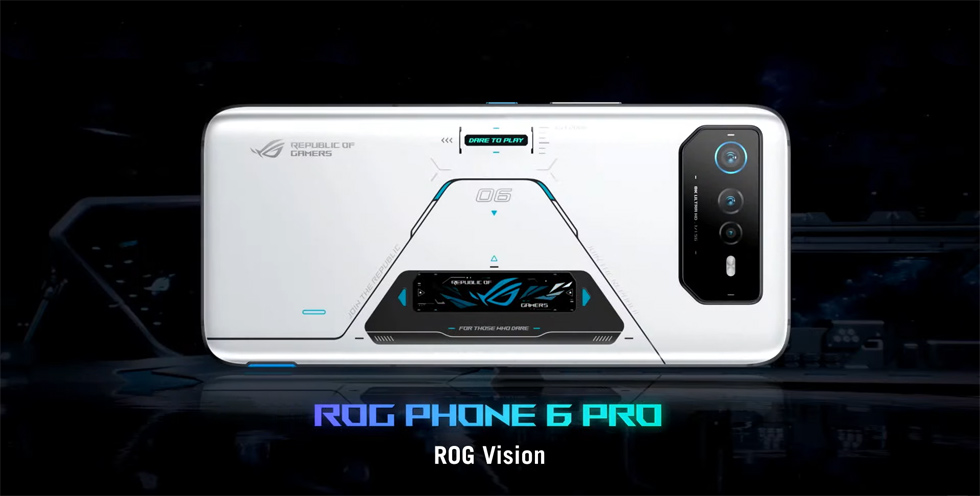 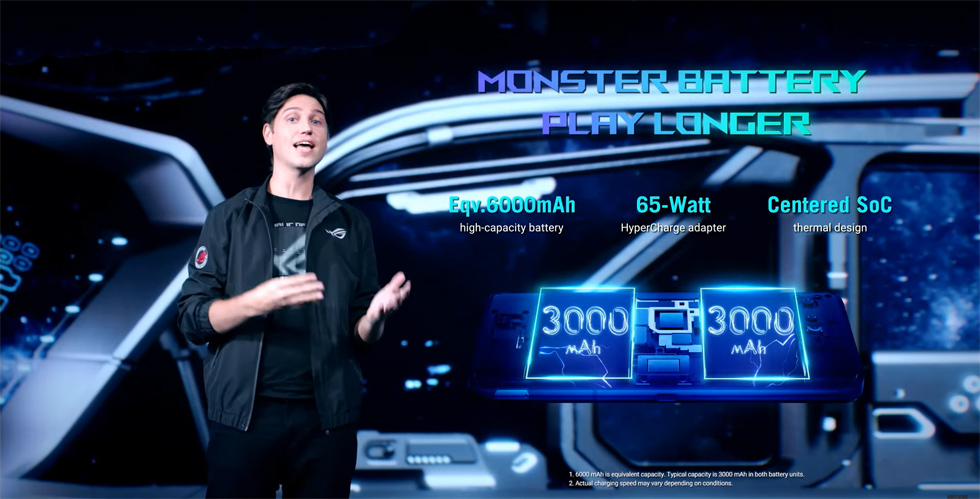 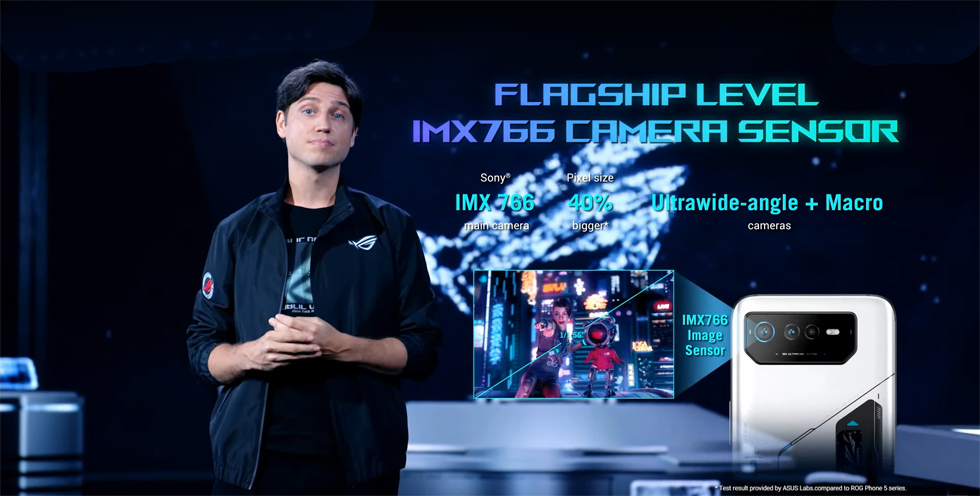 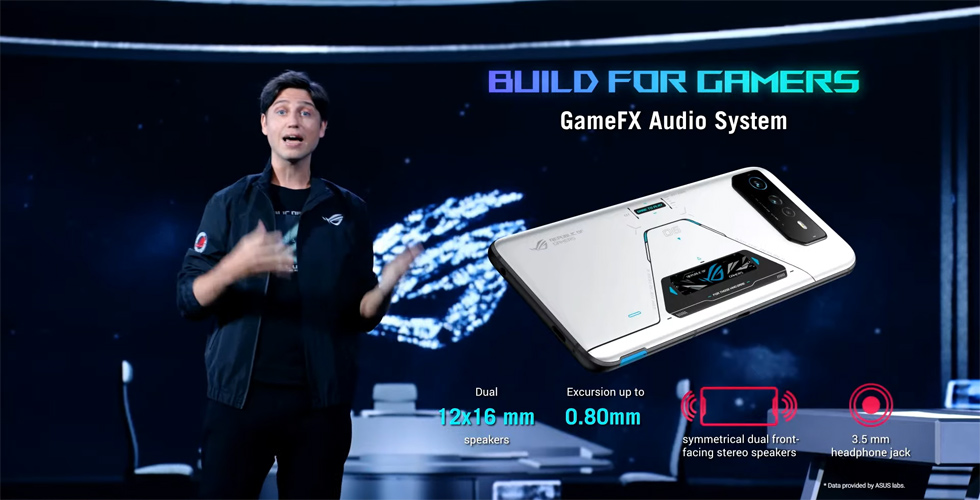 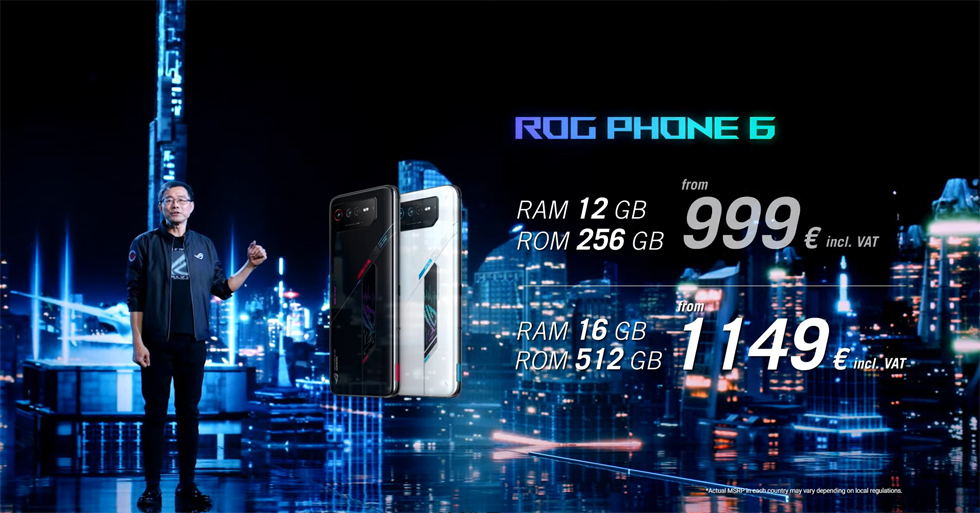 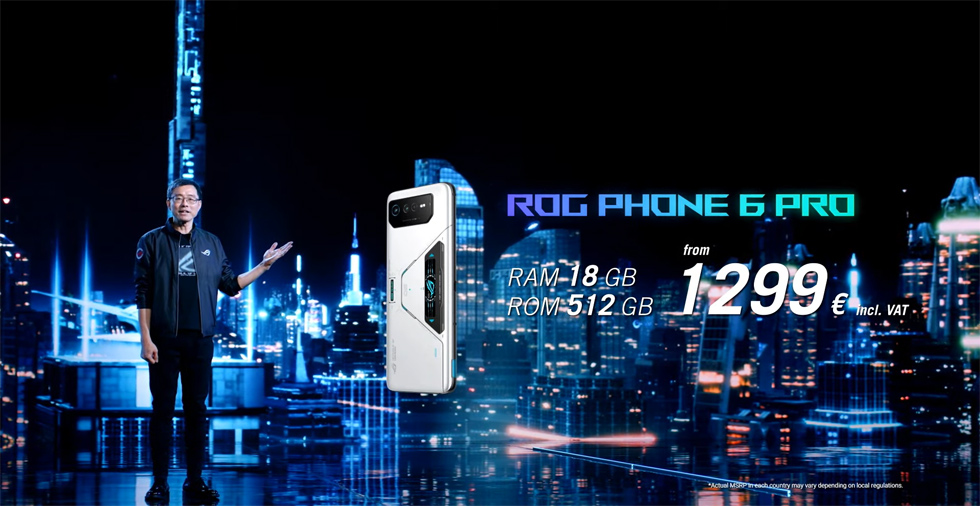 The Asus Zenfone 9 has been just unveiled continuing the brand's attempts to establish a niche for flagship smartphones that offer a very compact form factor without compromising on performance. The model's tagline is by no chance "Compact size, Big Possibilities." It retains the footprint of the previous Zenfone generation while offering upgrades and improvements in all aspects. For starters, the device is built...