Alcatel has announced a trio of 2021 smartphones. 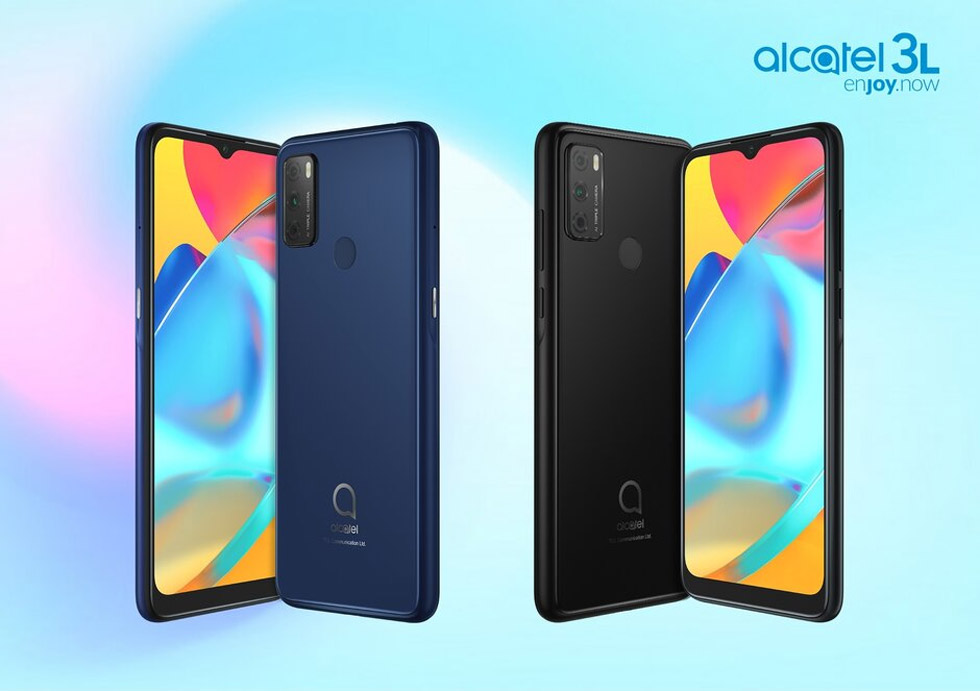 The Alcatel 3L (2021) has a 6.52-inch HD+ Vast Display and a 4000 mAh battery. It is based on a MediaTek chipset with a 1.8GHz octa-core CPU with 4GB of RAM and 64GB of storage. The latter can be expanded with up to 512GB. The device has a triple rear camera module headed by a 48MP shooter adjoined by a 2MP depth-sensing unit and a 2MP macro lens. The waterdrop notch on the front houses an 8MP selfie snapper. The model is equipped with a Micro-USB 2.0 port and a fingerprint sensor. It will be available in Jewelry Blue and Jewelry Black and will go on sale in Europe in March priced at EUR 149. 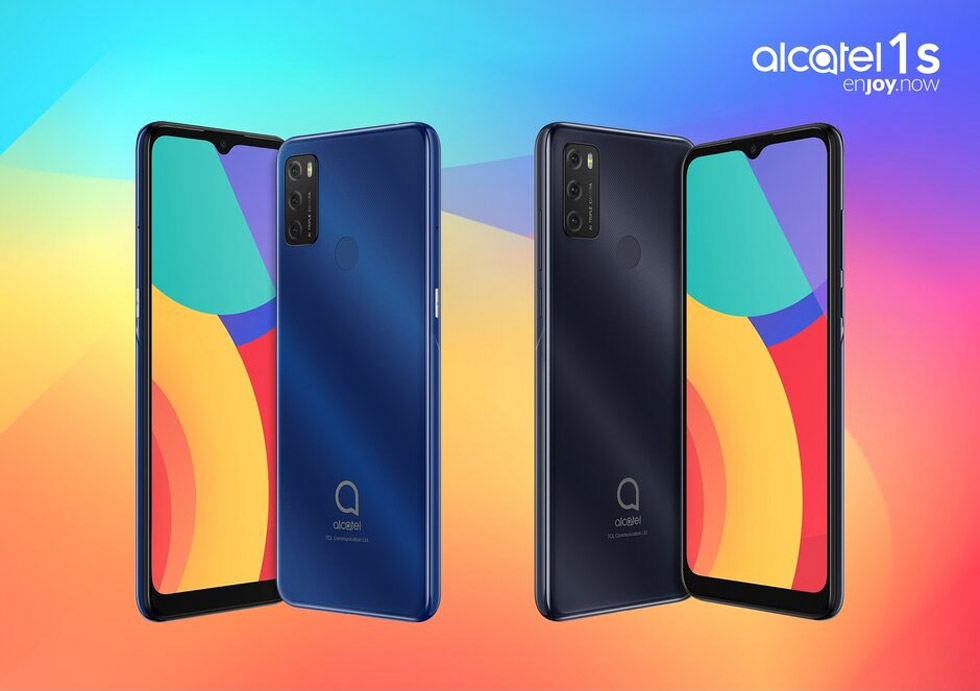 The Alcatel 1S (2021) has the same 6.52-inch HD+ Vast Display and MediaTek chipset but downgrades the RAM and storage to 3GB and 32Gb, respectively. The battery remains the same - a 4000 mAh unit. The camera department is downgraded as well to a 5MP selfie snapper, 13MP main camera. The 2MP macro lens and the 2MP depth-sensing unit on the back are preserved. So is the fingerprint sensor. This smartphone will be available in Elegant Black and Twilight Blue from February, priced at EUR 109. 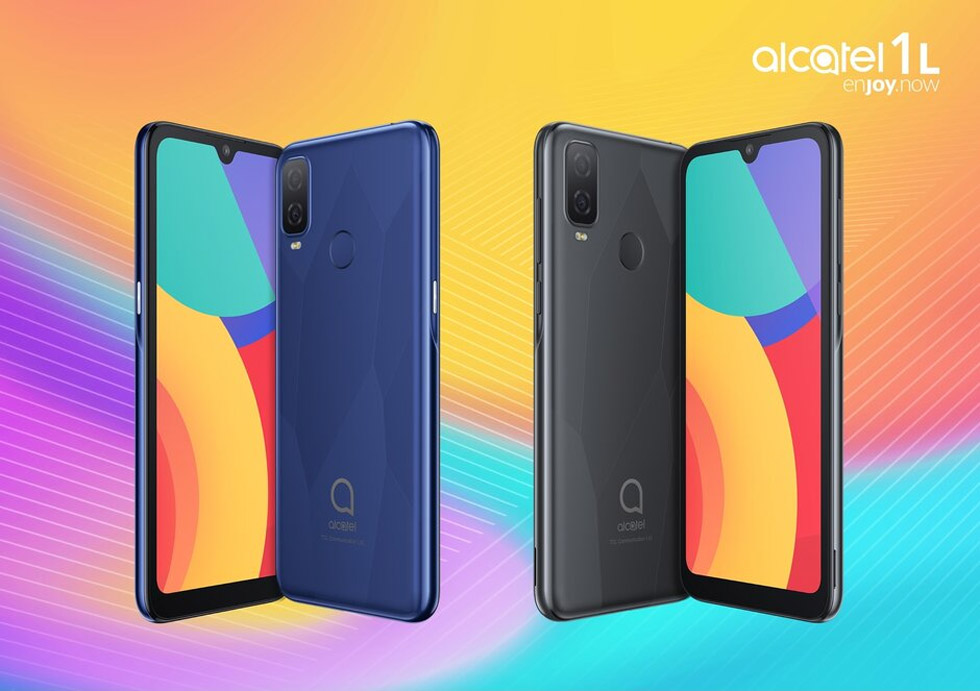 The Alcatel 1L (2021) is equipped with a 6.1-inch HD+ Vast Display, a Micro-USB 2.0 port, headphone jack, and a fingerprint sensor. It has a quad-core MediaTek chipset with 2GB of RAM and 32GB of storage. The device runs on Android 11 Go edition and has a 13MP rear camera with a 2MP depth-sensing unit. Power is supplied by a 3000 mAh battery. This model is available for Latin America where it costs around USD 135.
TCL unveils its 2020 Alcatel tablets - Alcatel 3T 8 (2020), Alcatel 1T 7 4G, Alcatel TKEE MID

TCL announced its 2020 Alcatel tablets, including the Alcatel TKEE MID kids tablet, Alcatel 1T 7, Alcatel 3T 8 (2020). All three tablets will be available starting from 17 July for under €150. The Alcatel TKEE MID is the first generation of Alcatel 8-inch TKEE brand tablet, featuring Kidomi, a subscription-based app that offers hundreds of premium games, books, movies and TV shows that have been curated to maximize...

TCL unveiled its 2020 Alcatel smartphone lineup, including the Alcatel 3L, Alcatel 1S, Alcatel 1V, Alcatel 1B. "At CES 2020, we are happy to unveil our Alcatel mobile product lineup for the first half of 2020, all of which are supporting users in today's fast-paced, modern lifestyle," said Peter Lee, General Manager, Global Sales and Marketing at TCL Communication. "Our latest smartphones, tablet and USB dongle are...

At the IFA 2019 in Berlin, Alcatel unveiled three new budget products - two smartphones and a Wi-Fi tablet. Alcatel 1V has appeared in rumours ever since February. This is an entry-level Android Go Edition smartphone based on Android 9 Pie. It packs a 5.5-inch display with a resolution of 480 x 640 pixels. There's a 5MP rear and a 5MP front-facing camera. A rear-mounted fingerprint sensor is provided as well as a...

Alcatel 7 goes on sale in the US exclusively via metroPCS

TCL launches the Alcatel 7 in the US exclusively via metroPCS. This smartphone is built around a 6-inch FHD+ display and is powered by a 4000 mAh battery. Its performance relies on a MediaTek Helio P23 (MT6763T) chipset coupled with 2GB of RAM. The built-in storage measures 32GB and can be expanded with up to 128GB. There are an 8MP front shooter and a 12MP+2MP dual camera module on the back accompanied by a...

Alcatel 5V goes official with a 6.2" HD+ display and a Helio P22 chipset

Today Alcatel announced a new smartphone dubbed Alcatel 5V that arrives with a 6.2-inch Infinity FullView display that has an HD+ resolution (720 x 1500) and a 19:9 aspect ratio. It is protected by a 2.5D curved Dragontrail Glass. The model is based on a MediaTek Helio P22 (MT6762) chipset that packs a 2GHz octa-core CPU and is paired with 3GB of RAM and 32GB of expandable storage. Power is supplied by a 4000 mAh...

TCL has just made the Alcatel 1 official. This entry-level smartphone is suitable for first-time smartphone users and everyone who wants a simple experience with such a device. It costs EUR 79 / USD 89 and for this money, you get a 5-inch 18:9 display with a 2-point touch screen and a resolution of 480 x 960 pixels. The model is based on a MediaTek MT6739 chipset with a 1.28GHz quad-core CPU, 1GB of RAM and 8GB of...

Alcatel has unveiled its 2018 series of smartphones. The first one is the Alcatel 5, which is built around a 5.7-inch HD+ display gracing an all-plastic unibody with a metallic finish. The front features an extremely thin chin and almost non-existent side bezels. The model is based on a MediaTek MT6750 chipset with 2GB+16GB or 3GB+32GB of RAM and storage. The primary camera has a 12MP sensor with an f/2.2 lens and a...

Alcatel USA has confirmed via its Twitter page that it will announce its new smartphone lineup on February 24 as a part of the MWC 2018 in Barcelona. The group of devices will include the upper-end Alcatel 5 that will feature minimal side bezels and chin plus two front cameras. The second device is Alcatel 3v - a mid-ranger with a full-screen design and the third smartphone is the entry-level Alcatel 1x, which is...

TCL has restructured the whole Alcatel portfolio of smartphones and for 2018 the new devices are allotted in three series: Alcatel 5, Alcatel 3v, and Alcatel 1x. The "IDOL" logo is gone and each of the aforementioned series will be focused on an important to the consumers' asset while each model features an 18:9 display. The Alcatel 5 will be the highest tier of the three. It will contain devices with high-end...

On November 10th, Cricket Wireless will launch the Alcatel QUICKFLIP. It will be priced at USD 30. This smartphone is targeted at budget-conscious users or people who are looking for a simpler phone experience or just want to get a basic device for their pre-teens. This is a compact flip smartphone with a 2.8-inch display along with an external colour display for notifications and caller IDs. The interface and...

Alcatel Idol 5 launched in the US via Cricket Wireless, sports a Helio P20 chipset

Alcatel and Cricket have announced their partnership in launching the Idol 5 Cricket in the US market. Cricket is the exclusive seller of the model in the country and the launch is scheduled for October 27, 2017. The device will cost USD 199 of-contract. It features a metal body in metal grey colours with high-polished frame edges and a 5.2-inch IPS with LTPS display with a 1080p resolution and a Corning Gorilla...

Alcatel A7 and A7 XL go official

The unlocked Alcatel A50 is now available for pre-order via Amazon and its sales will start on July 10th. The model is priced at USD 150 and supports US-wide network bands and carrier modes. However, if you want to enjoy the benefits of the A50 and remain a Cricket Wireless customer, the model is available by this carrier under the name Alcatel PULSEMIX. The most noteworthy features of this device are the three...

Alcatel and Amazon have started a pre-sale of three new feature-packed Alcatel smartphones, all unlocked and running Android 7.0/7.1 Nougat. Actual sales begin on July 10th. Idol 5s is the most interesting of the three and costs USD 280. It features a 5.2-inch FHD display with a 2.5D curved Asahi Dragontrail glass for protection, oleophobic coating and aluminium alloy frame with dual 3.6-watt front-facing speakers...