Xiaomi has also unveiled the Mi Pad 5 and Mi Pad 5 Pro. Both tablets run on MIUI for Pad and are equipped with an 11-inch IPS display with a 2.5K resolution (2560 x 1600). They offer a 1500:1 static contrast ratio and 500 nits of brightness. In addition, this TrueTone display has a 120Hz refresh rate, 10-bit color and is HDR10 and Dolby Vision certified. 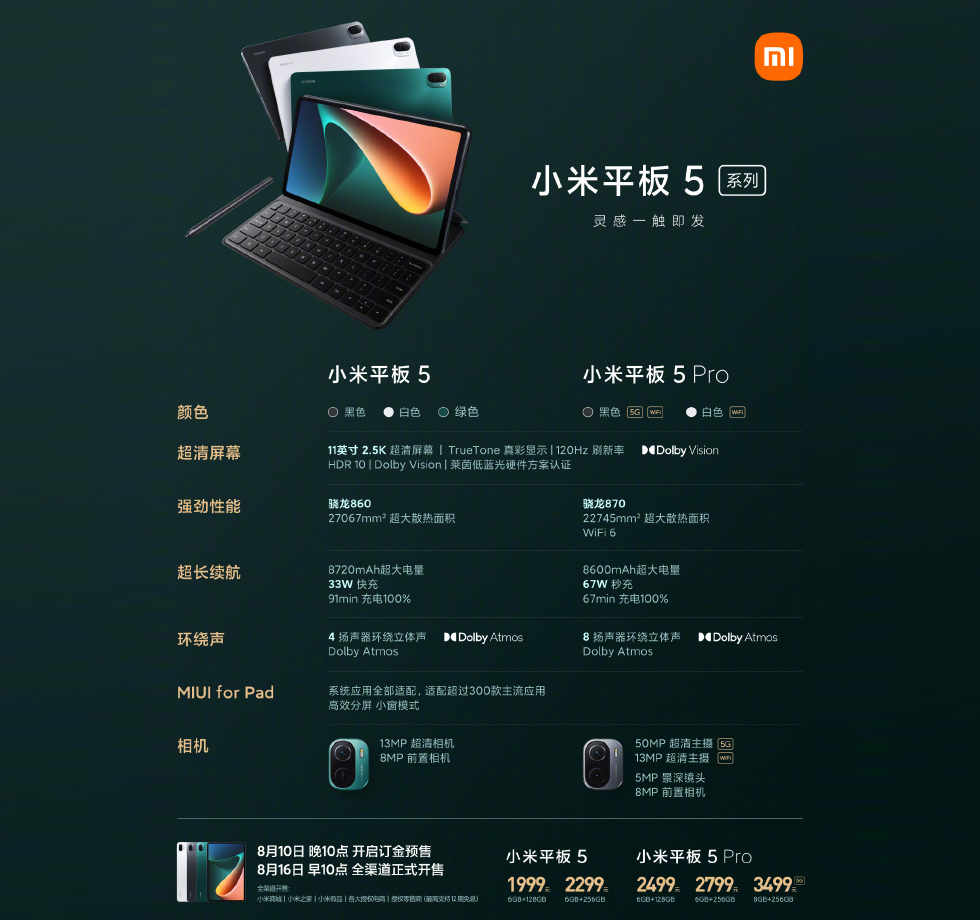