Xiaomi has just announced the Balck Shark 4 and the Balck Shark 4 Pro gaming smartphones. They feature a more elegant design which does not strip them off from their high-end gaming features. The devices reach an impressive AnTuTu result of 867,578 points.

The Balck Shark 4 Pro is equipped with a 6.67-inch E4 AMOLED display with 144Hz refresh rate. The touch sampling rate reaches a staggering 720Hz. The resolution is QHD and the touch response is 8.3 ms. The display covers 100% of the DCI-P3 color space and offers a peak brightness of 1300 nits. Processing power is based on a Snapdragon 888 chipset aided by a liquid cooling system in a sandwich format. It is paired to LPDDR5 type of RAM and UFS 3.1 type of storage. There's a 4500 mAh battery under the hood capable of charging at up to 120W. A pair of stereo speakers are also onboard positioning the Black Shark 4 Pro as the best smartphone on the market in this regard according to DxOMark. The camera department includes a 64MP main shooter, an 8MP ultra-wide-angle unit, and a 5MP macro lens. On the front, there's a 20MP selfie. The model also supports NFC.

The Balck Shark 4 is based on a Snapdragon 870 chipset while retaining the same display and battery. The camera department's only change is that the main shooter packs a 48MP sensor. 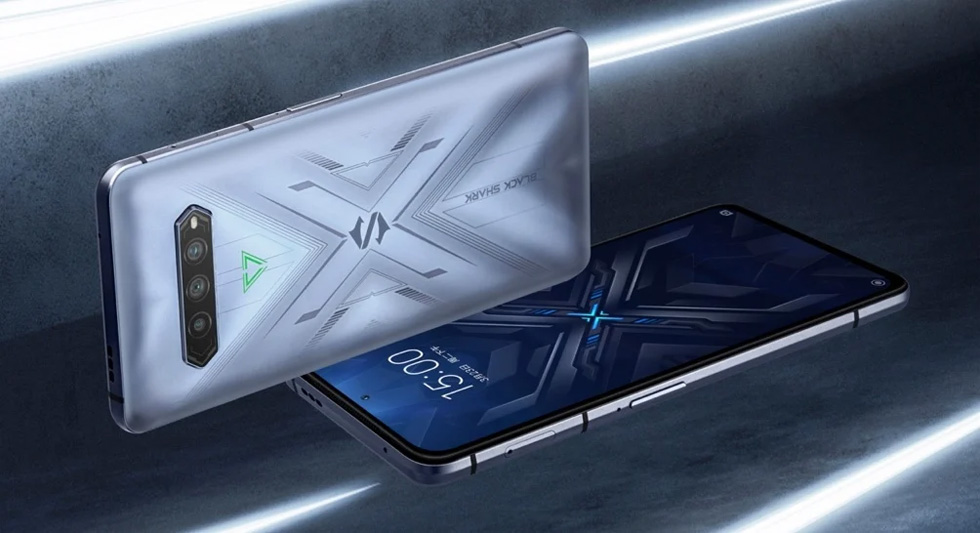 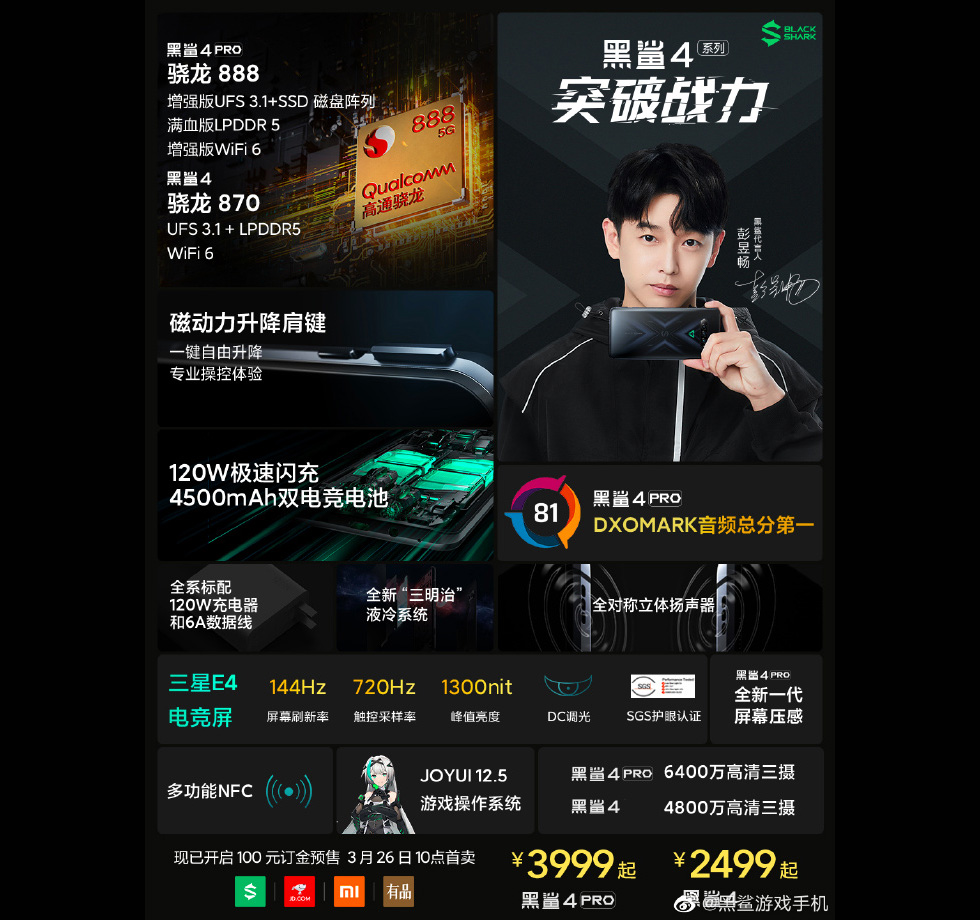