As the first-ever Redmi smartphone equipped with 120W charging, Redmi Note 11 Pro+ has adopted industry-leading dual charge pumps and MTW technology. Along with Mi-FC technology, it is capable of charging a massive 4,500mAh battery to 100% in just 15 minutes. With more than 40 charging and battery safety features, as well as certification by TÜV Rheinland Safe Fast-Charge System, Redmi Note 11 Pro+ 120W charging ensures safety and stability during charging. Redmi Note 11 Pro prioritizes long-lasting battery performance with its even more massive 5,160 mAh battery, ensuring a whole day even under heavy usage. Combined with 67W fast charging, the device can be charged to 100% in just 43 minutes.

Equipped with an AMOLED display, both Redmi Note 11 Pro and Redmi Note 11 Pro+ bring vivid picture quality and amazing details, compared with its last generation’s LCD display. The 120Hz high refresh rate and 360Hz touch sampling rate offer an even smoother experience to users. Redmi Note 11 Pro largely enhances every detail of the viewing experience. The ultra-slim 1.75 mm side bezel and tiny 2.96mm selfie dot camera gives the device a premium look and feel. Redmi Note 11 Pro also offers 360° ambient light sensors, DCI-P3, reading mode, and sunlight display. The display has been certified by SGS, a world’s leader in such certifications. All this makes it the best-ever display on a Redmi Note smartphone so far.

As Redmi insists on bringing flagship-level camera experience to more Redmi Note smartphones, Redmi Note 11 Pro and Redmi Note 11 Pro+ both sport a 108MP imaging system. The main camera features a Samsung HM2 sensor with a size of 1/1.52″ and supports 9-in-1 pixel binning technology that offers large 2.1μm pixels. With dual native ISO, clear and textured images with reduced noise can be taken, even in low light conditions. This also allows direct output of 108MP images, retaining more details, which is convenient for zooming or cropping for better composition. Both Redmi Note 11 Pro and 11 Pro+ implement an 8MP ultra-wide camera with a 120° field-of-view, especially useful for shots like cityscapes or architecture. Finally, the 2MP telemacro lens allows users to capture more details at a tiny level.

Redmi Note 11 Pro and Pro+, SOUND BY JBL, offers improved sound quality with its dual symmetrical stereo speakers. Both devices are designed with two 1115 super-linear speakers with a max amplitude of 0.65mm, creating a stunning sound field with zero deviation from left to right. With Dolby Atmos, the spatial and stereo quality is even further enhanced. 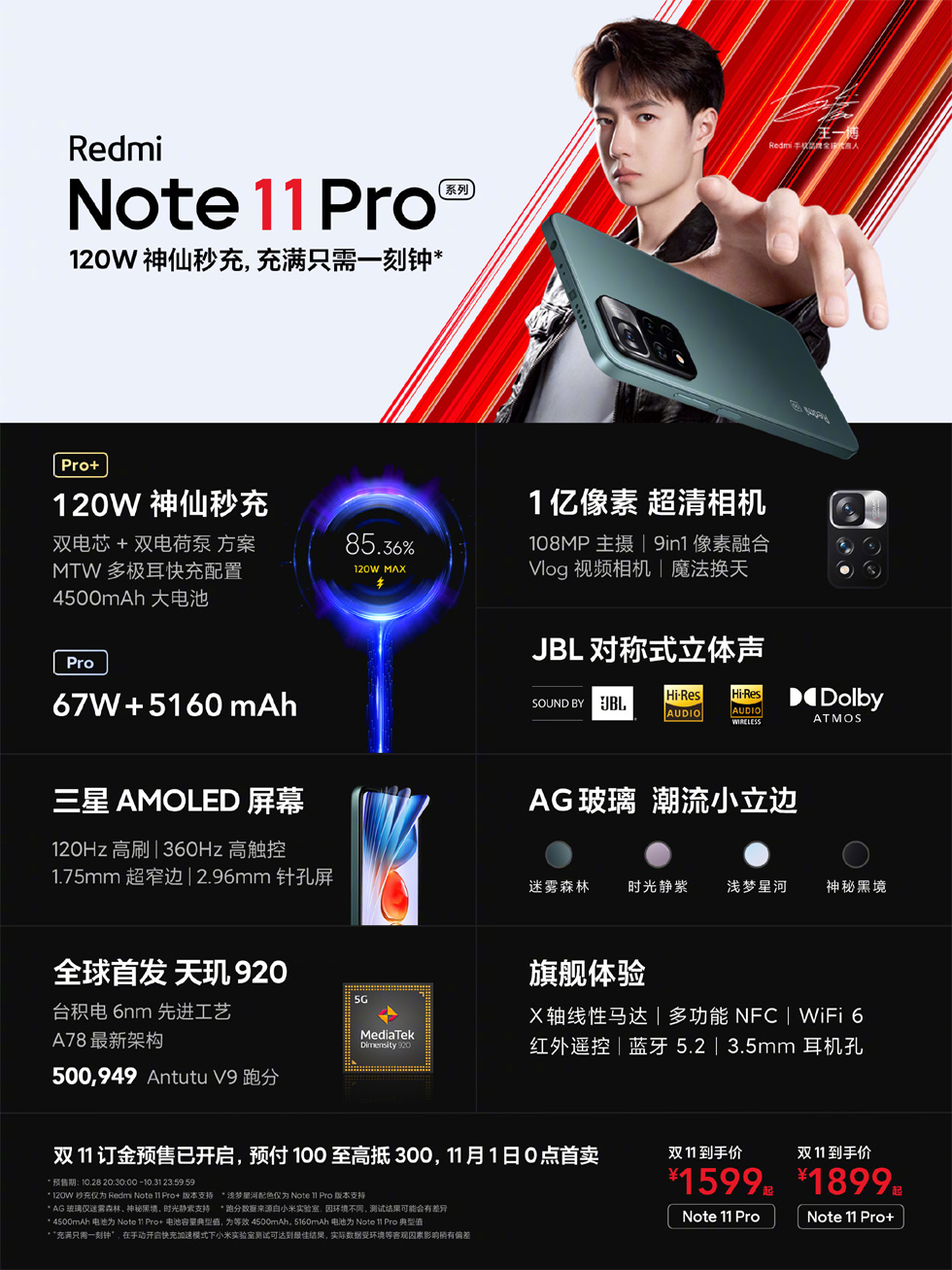 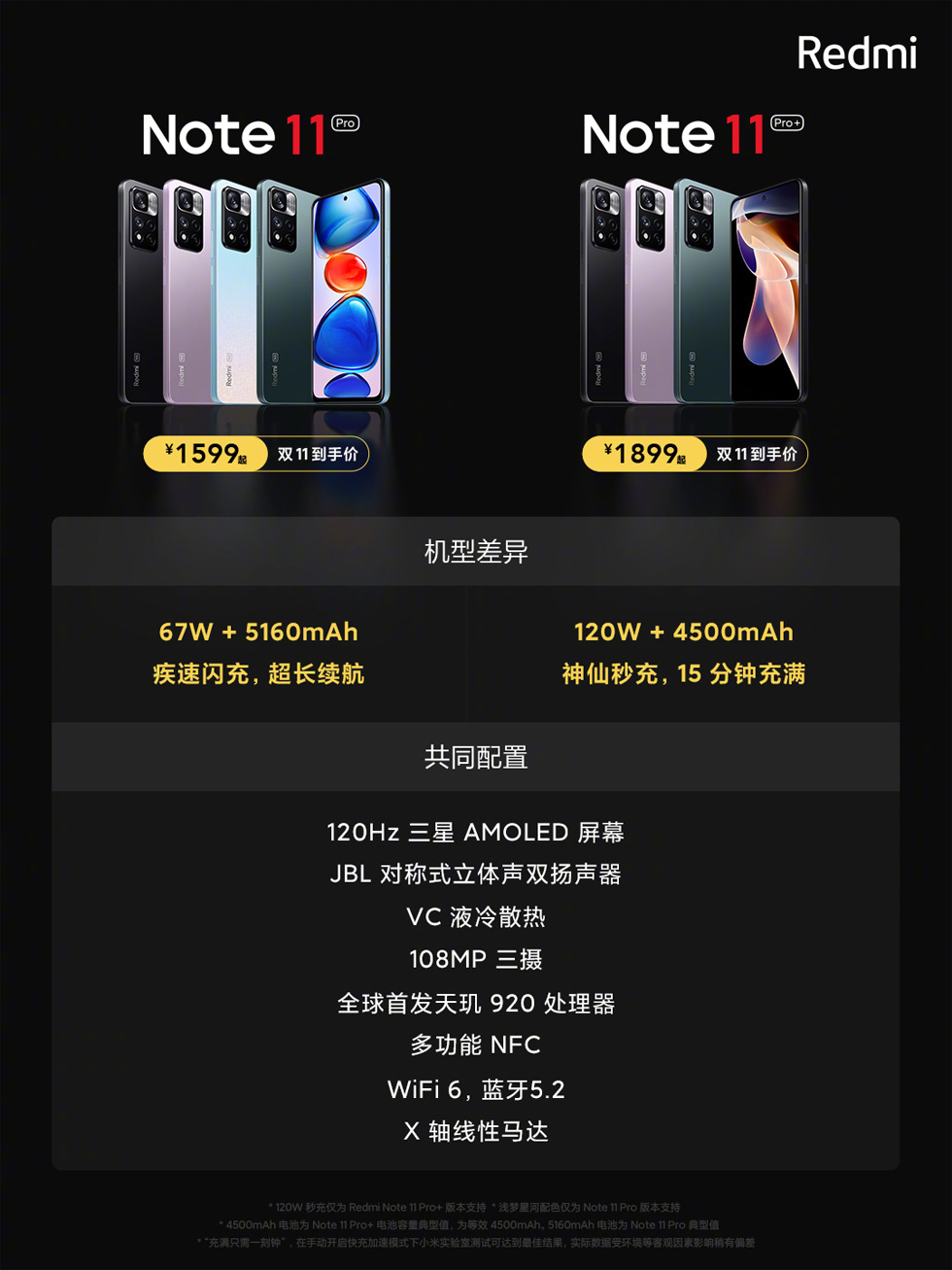 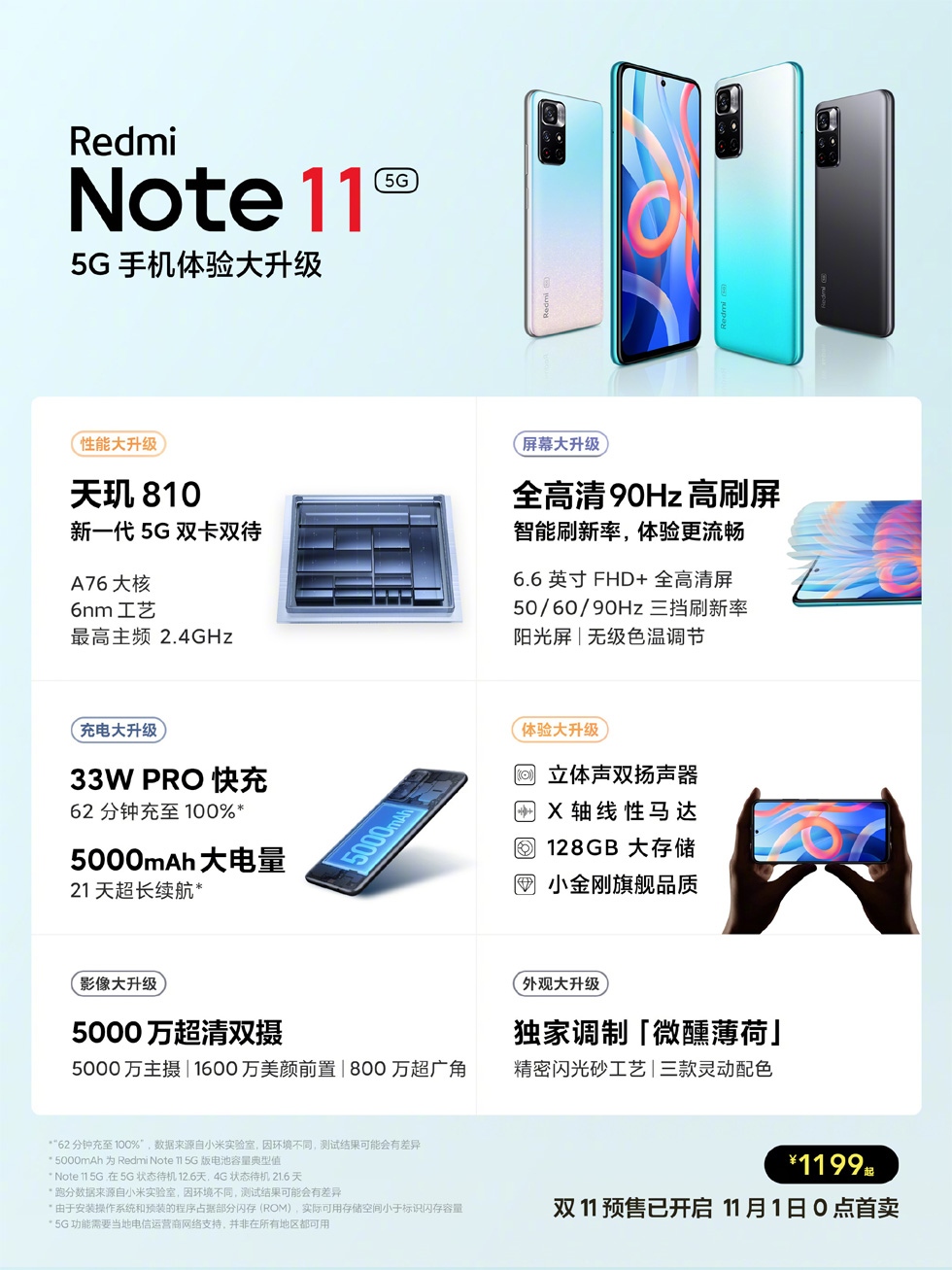