The Galaxy Note10 Lite is equipped with a 6.7-inch Super AMOLED Plus Infinity-O Display with a resolution of 1080 x 2400 pixels. It has a pinch hole for the 32MP front-camera with an f/2.2 aperture. On the back, there's a 48MP main camera with Super Steady OIS and an f/2.0 aperture. It is adjoined by a 12MP ultra-wide snapper with an f/2.2 aperture and a 5MP macro camera with an f/2.4 aperture. Processing power depends on a 7nm 2.8GHz octa-core CPU with 6GB/8GB of RAM and 128GB of built-in storage. Power is supplied by a 4500 mAh battery. The model runs on Android 10. 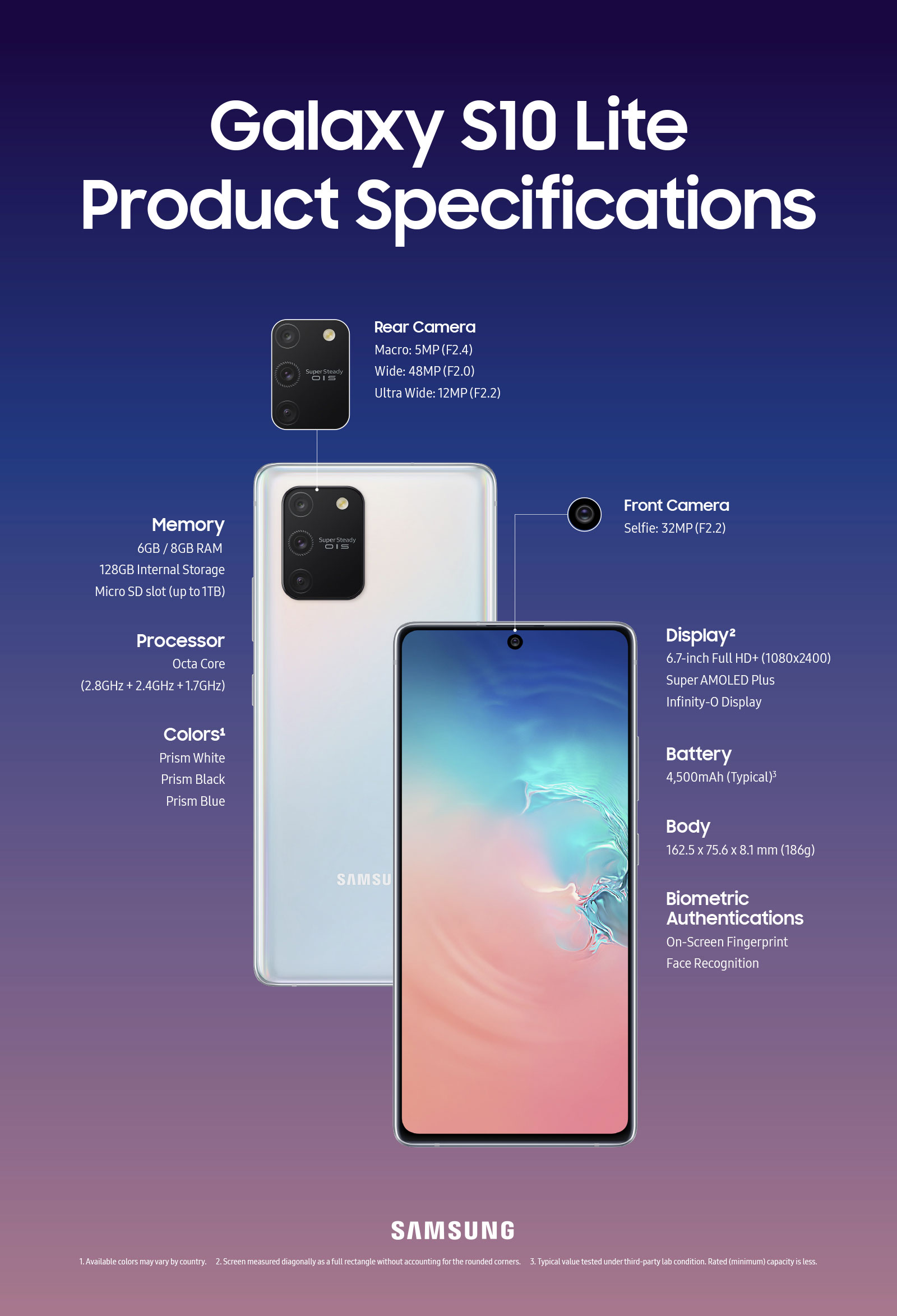 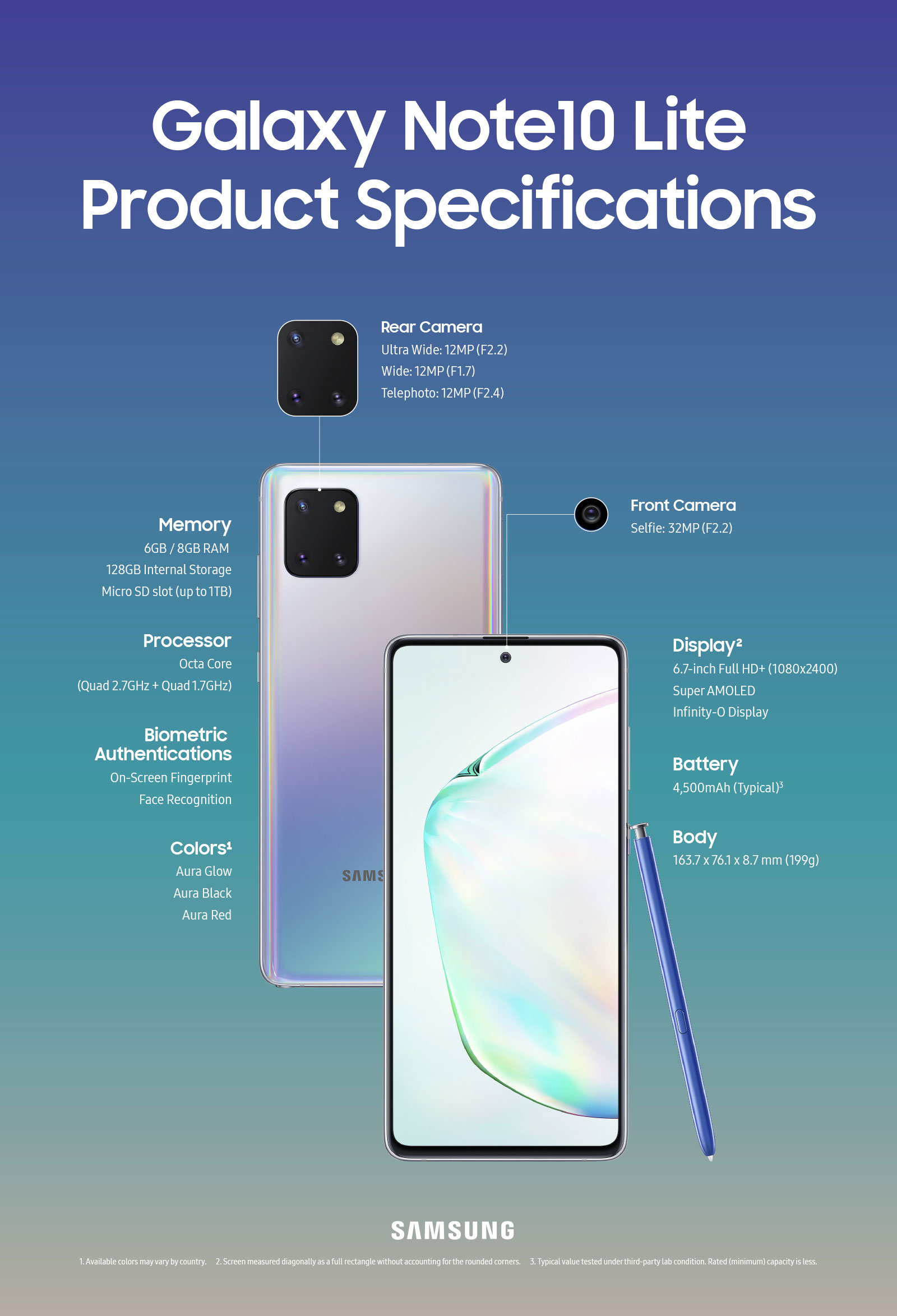