Motorola has launched the Moto G82 in Europe priced at EUR 330. The polycarbonate body is available in Meteorite Gray and White Lily colors and weighs 173 grams. It has an IP52 rating for protection against water splashes. The front is adorned with a 6.6-inch AMOLED display with an FHD+ resolution and a 120Hz refresh rate. A punch hole in the screen is the home of the 16MP selfie camera with an f/2.2 aperture. On the back, there's a 50MP main shooter with an f/1.8 aperture and OIS. It is adjoined by an 8MP ultra-wide snapper and a 2MP macro lens. The smartphone is powered by a Snapdragon 695 chipset paired with 6GB of RAM and 128GB of storage. The latter can be expanded. There's also a side-mounted fingerprint sensor. The Motorola Moto G82 supports Bluetooth 5.1, dual-band Wi-Fi, and has a USB Type-C port, and a headphone jack. It packs a 5000 mAh battery with 30W fast charging support and runs on Android 12. 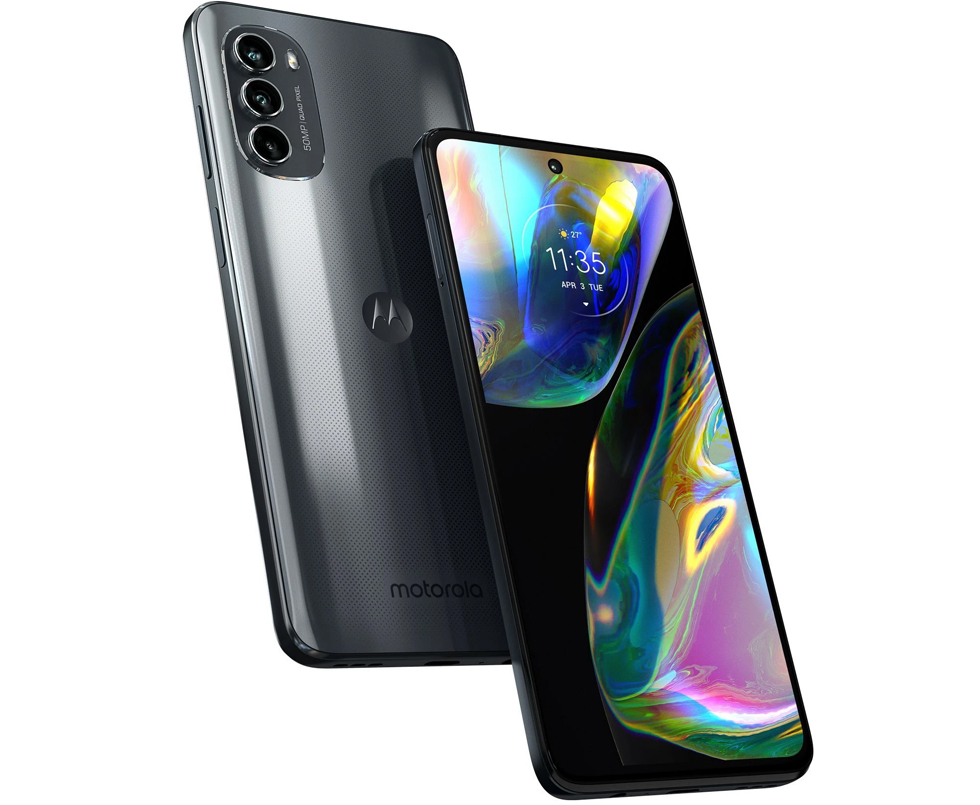 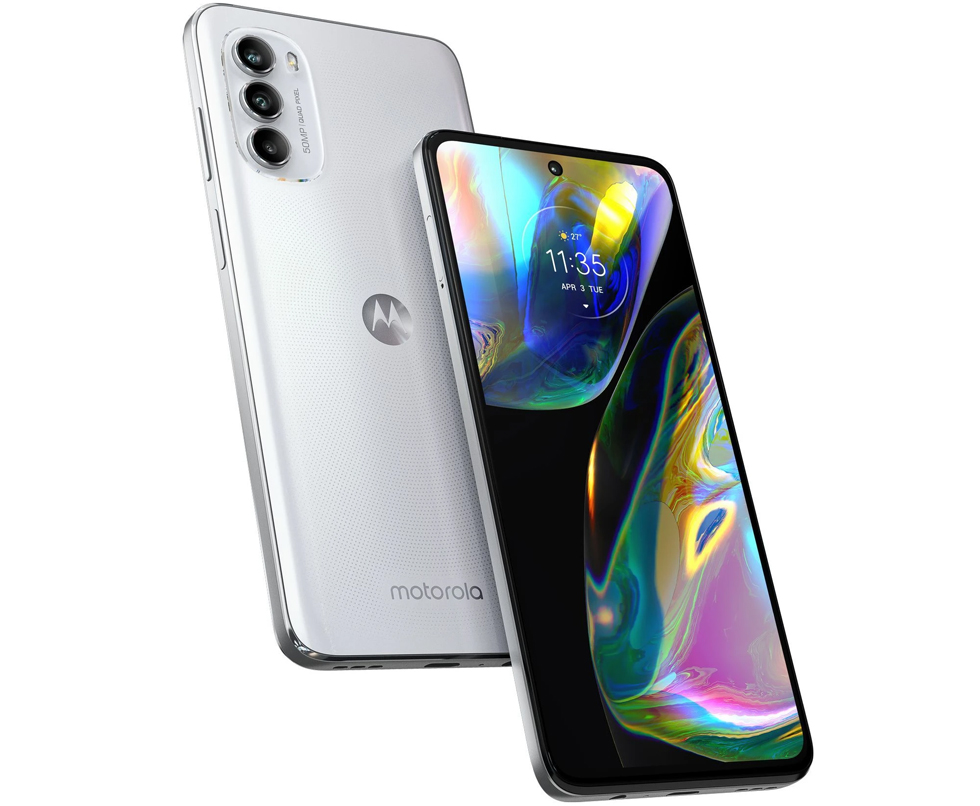 Motorola China has officially confirmed that its flagship smartphone - the Motorola Moto Edge X30 - will arrive with a 60MP selfie camera, while on the back, there will be a 50MP main shooter and a 50MP ultra-wide unit. The device that is set to launch in China on December 9 is also confirmed to sport a 5000 mAh battery with 68W fast charging and will support NFC. The device is expected to have a 6.67-inch FHD+...

Along with the flagship Moto G200 5G, Motorola unveiled four other smartphones from its G series. All of them run on Android 11 with My UX on top, have plastic bodies with an IP52 rating, support Bluetooth 5.0 and dual-band Wi-Fi 802.11ac, GPS, A-GPS, GLONASS, BeiDou, Galileo, LTEPP, SUPL, NFC. They all have 3.5 mm jacks, USB Type-C 2.0 ports, fingerprint sensors. The first of the batch is the Moto G71 5G. It has a...

The Motorola Moto G200 5G is the latest brand's flagship packing a number of noteworthy specifications. Let's start with the chipset. The smartphone is based on Qualcomm's Snapdragon 888 Plus mobile platform ensuring flagship performance and 5G connectivity. The only available RAM and storage combination is 8GB+128GB with the handset offering a slot for a microSD card. Secondly, the Moto G200 boasts a 108MP main...

Motorola and China Mobile unveiled the Moto G51 for China

Motorola and China Mobile unveiled the Moto G51 for the Chinese market. Among all other things, this smartphone happens to be the first officially unveiled device based on Qualcomm's Snapdragon 480+ chipset that got presented a week ago. The chipset has a 2.2GHz octa-core CPU and ensures 5G SA and 5G NSA support on both SIM cards, covering mainstream 5G bands in China. There are 8GB of RAM and 128GB of UFS 2.2...

Motorola has unveiled the Moto G50 5G in Australia and New Zealand. This model is based on a Dimensity 700 chipset paired to 4GB of RAM and 128GB of built-in storage that can be further expanded with up to 1TB. The camera department includes a 13MP front-facing snapper and a 48MP main shooter adjoined by a 2MP macro and a 2MP depth-sensing lens. The front is adorned with a 6.5-inch HD+ IPS display with 90Hz refresh...

Motorola has launched two smartphones in India. The Motorola Moto G60 is equipped with a 6.78-inch IPS display with a resolution of 1080 x 2460 pixels and 120Hz refresh rate. It has an anti-fingerprint coating and HDR10 certification. The device is based on a Snapdragon 832G chipset with a 2.3GHz octa-core CPU, 6GB of RAM, and 128GB of storage. Power is supplied by a 6000 mAh battery with 20W fast charging. Th...

Motorola has launched the Moto G10 Power in India, priced at INR 9,999 via Flipkart. The device resembles the Moto G10 Power, which was announced a month ago. The only difference is the larger battery - 6000 mAh - that supports 20W fast charging. The display is the same 6.5-inch unit with an HD+ resolution. The body is available in Aurora Grey and Breeze Blue colors and is IP52 rated for protection against water...

Motorola has unveiled a duo of new smartphones from the G series. They will be available in select EU markets in the weeks to follow. The Moto G30 will cost around EUR 180 and the Moto G10 will cost around EUR 150. The Moto G30 is equipped with a 6.5-inch IPS display with an HD+ resolution (720 x 1600 pixels) and a 90Hz refresh rate. The display's notch houses the 13MP front-facing shooter. The rear camera...