TCL has just announced a trio of new smartphones. The first is the TCL 20L which is built around a 6.67-inch FHD+ display and a small punch hole for the 16MP selfie camera. It features NXTVISION technology and low blue light filter. Moreover, it also has a special Natural Viewing mode for viewing with sunglasses. It is certified by TUV Rheinland for Circular Polarization Display technology. The device packs a 5000 mAh battery with 18W fast charging. On the back of the device, there's a 48MP main shooter adjoined by three other shooters. The model is based on a Snapdragon chipset with 128GB of built-in memory. A pair of stereo speakers is onboard as well. The TCL 20L costs EUR 229.

The TCL 20L+ has the same display, including the TUV Rheinland certification for Circular Polarization Display technology. It also has the same battery and chipset. The improved part is the camera department. On the back, there's a quad-camera module with a 64MP main shooter. There's a macro, a depth-sensing unit, and an ultra-wide-angle lens. The camera features are also improved with a Super Night Mode, Backlight selfie for the front camera, etc. The model has 6GB of RAM and 256GB of storage. The body has a 3D rear design with fingerprint-resistant coating. This model has stereo speakers, too. The TCL 20L+ costs EUR 269.

TCL 20Ls is an exclusive device for North America. It is very similar to the TCL 20L+ but arrives with some LTE speed-enhancing improvements. The device will be unveiled in detail in the coming week. The Moonlight Gray color variant was displayed during the event.

The TCL 20 Pro 5G has a quad-camera setup on its back headed by a 48MP Sony camera with OIS and 4K video recording. It is adjoined by a 16MP ultra-wide unit with a 123-degree FoV. A 5MP macro lens and a 2MP bokeh unit complete the module. On the front, there's an HDR-enabled 32MP front-facing snapper with 4K video recording capability. The device is driven by a Snapdragon 750G chipset paired to 256GB of built-in memory. It will be available in Moondust Gray and Marine Blue colors. The TCL 20 Pro 5G costs EUR 549. 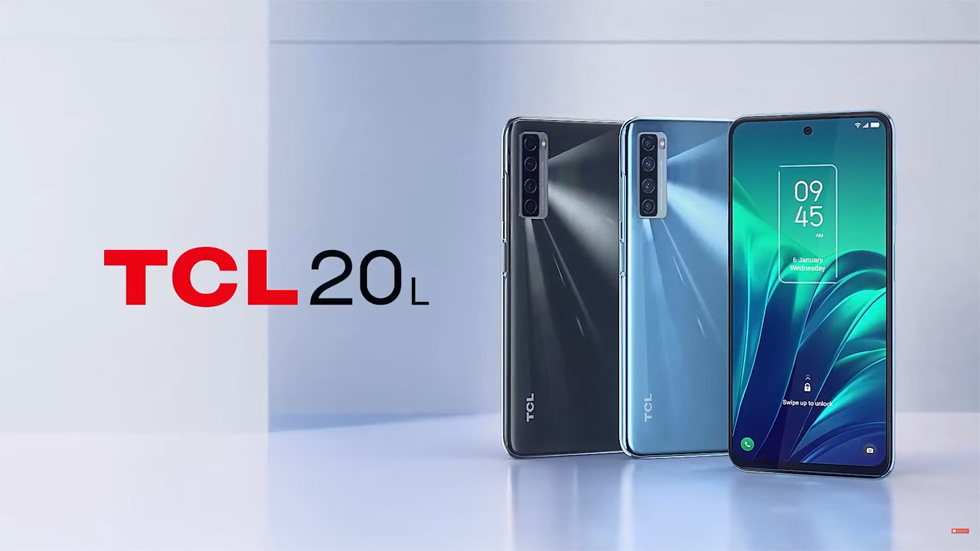 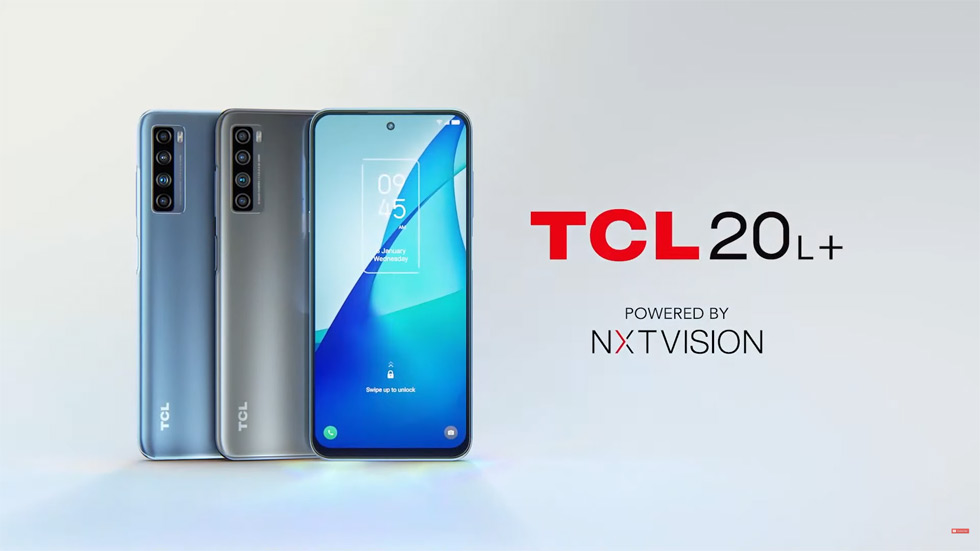 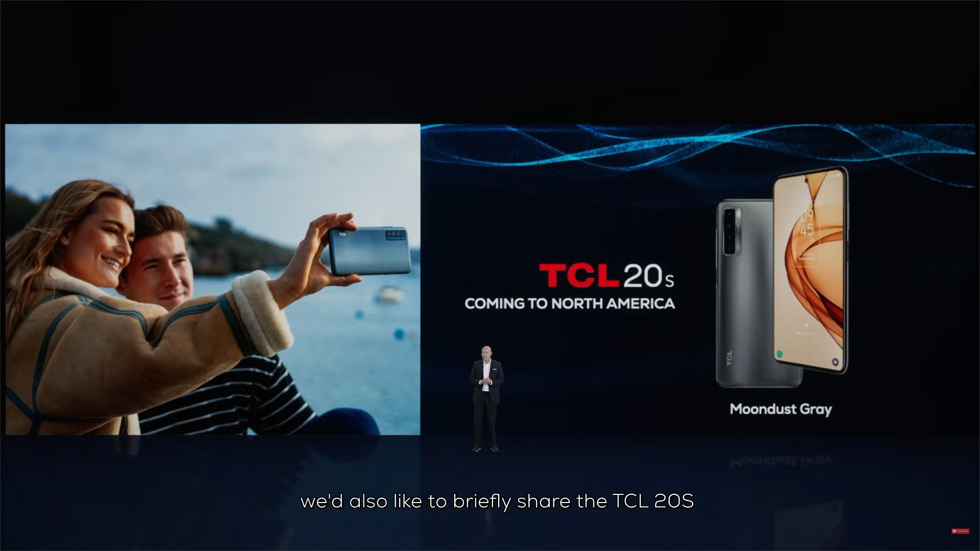 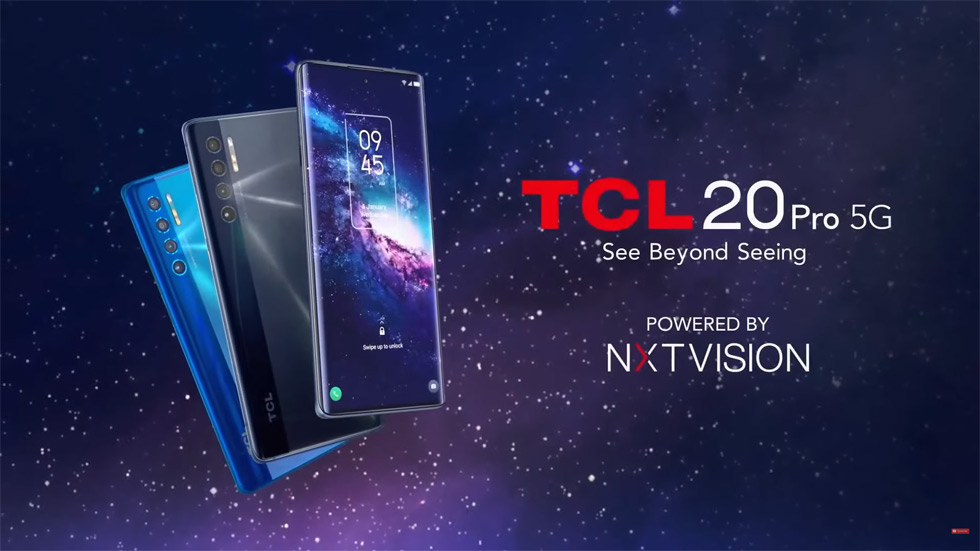 TCLhas announced the TCL 20 series of smartphones which features its NXTVISION 2.0 visual technology for greater color accuracy, better brightness and contrast, enhanced SDR to HDR conversion and adaptive display features, and AI-driven improvements. The series includes the TCL 20 5G and the TCL 20 SE with three other models coming at a later date - the TCL 20 Pro 5G, TCL 20L, and the TCL 20S. The TCL 20 5G has a...

TCL announced its 2020 Alcatel tablets, including the Alcatel TKEE MID kids tablet, Alcatel 1T 7, Alcatel 3T 8 (2020). All three tablets will be available starting from 17 July for under €150. The Alcatel TKEE MID is the first generation of Alcatel 8-inch TKEE brand tablet, featuring Kidomi, a subscription-based app that offers hundreds of premium games, books, movies and TV shows that have been curated to maximize...

TCL has expanded its 10 series of smartphones with two models for the Russian market and it remains unclear whether they will be available outside the country. The TCL 10 Plus is the more interesting model of the two. It builds upon the TCL 10L by adding an AMOLED display panel and increasing the battery capacity from 4000 mAh to 4500 mAh. The TCL 10 Plus's scree has a 6.47-inch diagonal size and an FHD+ resolution...

The TCL 10 Pro and TCL 10L go on sale in Canada on July 10 at Bell, Koodo, TELUS, and Virgin Mobile. As part of TCL's mission to "Display Greatness," the TCL 10 Pro and 10L utilize the company's television manufacturing experience, touch panels built by TCL, and TCL NXTVISION, a proprietary advanced display and camera visual technology that brings images to life with truer color, clarity and contrast enhancements in...

TCL was supposed to present its latest smartphones on February 22 as part of the MWC 2020 in Barcelona, however, due to objective reasons, this did not happen. Today, the company simply unveiled them via an official press release. Each of these new TCL smartphones features the company's new design for 2020, which includes quad-rear cameras, as well as TCL-made displays to provide a more immersive and crisp viewing...

TCL cancels press conference but will participate in the MWC 2020

TCL decided to cancel the MWC 2020 Global Press Conference originally scheduled for February 22, 2020. Other activities during MWC 2020 will continue as usual and will not be affected. On February 24-27, TCL Communications will release and showcase its latest models as scheduled. The company's MWC booth is located in Hall 3D11, Fira Convention Center, Gran Via. TCL is grateful for the timely follow-up and guidance...

TCL has announced that's it MWC 2020 event in Barcelona is scheduled for February 22. During this event, the company will present a quartet of smartphones - the TCL 10L, TCL 10 Pro, TCL 10 5G with the Snapdragon 765G chipset and TCL Foldable. The models were teased during TCL's press conference at CES 2020 on January 6. TCL said that these models will be released in the US and Canada in Q2 of 2020. All will be...

TCL unveiled its 2020 Alcatel smartphone lineup, including the Alcatel 3L, Alcatel 1S, Alcatel 1V, Alcatel 1B. "At CES 2020, we are happy to unveil our Alcatel mobile product lineup for the first half of 2020, all of which are supporting users in today's fast-paced, modern lifestyle," said Peter Lee, General Manager, Global Sales and Marketing at TCL Communication. "Our latest smartphones, tablet and USB dongle are...

At CES 2020 today, TCL teased its 10-Series smartphone lineup. It includes the brand's first 5G smartphone - the TCL 10 5G which will be based on a Snapdraon 765G chipset. In addition, the company showed the TCL 10 Pro and TCL 10L. All will be available in global markets later this year. In the US and Canada, these smartphones will be launched in Q2 2020, starting at under $500 USD. The photos unveil that each of...

On the eve of the IFA 2019, TCL held a press conference themed "MAKING LIFE INTELLIGENT" and released the first TCL-branded smartphone for overseas markets - the TCL Plex. It uses the exclusive TCL NXTVISION technology for better display quality and shooting performance. TCL also defines "DISPLAY GREATNESS" as the brand new concept of the TCL PLEX smartphone series. The TCL Plex is equipped with a 6.53-inch FHD+...

Alcatel 7 goes on sale in the US exclusively via metroPCS

TCL launches the Alcatel 7 in the US exclusively via metroPCS. This smartphone is built around a 6-inch FHD+ display and is powered by a 4000 mAh battery. Its performance relies on a MediaTek Helio P23 (MT6763T) chipset coupled with 2GB of RAM. The built-in storage measures 32GB and can be expanded with up to 128GB. There are an 8MP front shooter and a 12MP+2MP dual camera module on the back accompanied by a...

TCL has just made the Alcatel 1 official. This entry-level smartphone is suitable for first-time smartphone users and everyone who wants a simple experience with such a device. It costs EUR 79 / USD 89 and for this money, you get a 5-inch 18:9 display with a 2-point touch screen and a resolution of 480 x 960 pixels. The model is based on a MediaTek MT6739 chipset with a 1.28GHz quad-core CPU, 1GB of RAM and 8GB of...