After the truly impressive Mi MIX Alpha (pictured above) Xiaomi hasn't released any smartphone from the Mi MIX series for year and a half. We expect to see a real comeback for Xiaomi's Mi MIX series later today with the upcoming Mi MIX Fold. Obviously, a leakster has managed to share a photo of a poster of the device. The photo reveals several design details. For starters, the folding is inwards much like on the Samsung Galaxy Z Fold. The device uses a metal hinge and it is clearly visible there's a big camera module on the rear shell. The camera module is expected to be the same as on the Xiaomi Mi 11 Utlra. On the front, you can see the display that's used when the device is folded. When unfolded, the display should have an 8.01" diagonal size and 2K resolution. Of course, it is most certain that as a flagship device, it will arrive with a Snapdragon 888 chipset. Finally, the leak points at a 4-channel stereo speaker array. 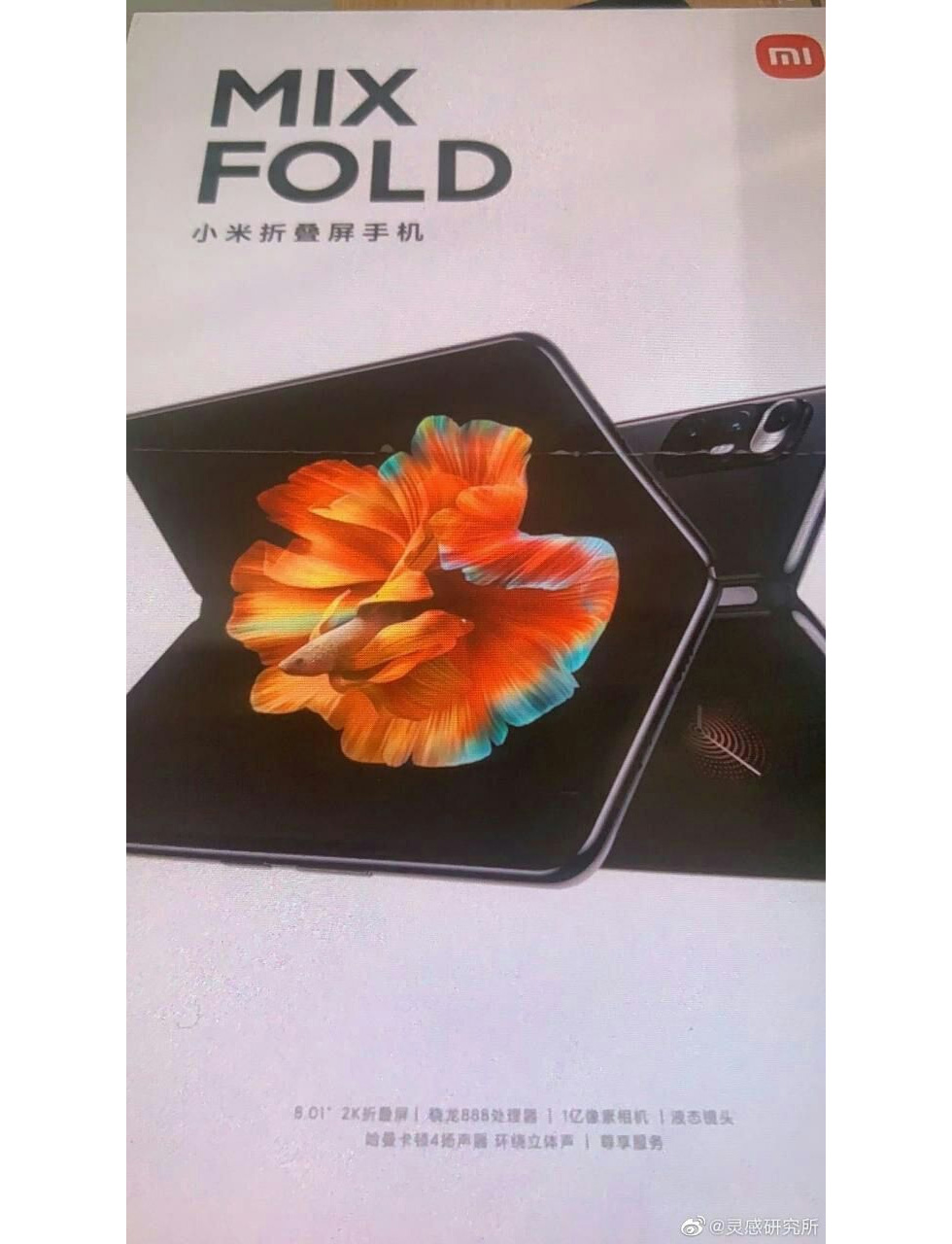