MediaTek has announced the latest model from its Dimensity 5G chipsets - the MediaTek Dimensity 700 SoC. Built on the 7nm process, it is intended to provide 5G connectivity to mass-market, affordable smartphones. The Dimensity 700 supports displays with up to FHD+ resolution and 90Hz refresh rate, up to 64MP single cameras, etc. The chipset houses an octa-core CPU comprising of two Cortex-A76 cores clocked at 2.2GHz and six Cortex-A55 cores. The graphics department is managed by an ARM Mali-G57 GPU - the same as the one on the Dimensity 720 system-on-chip. The first devices that will be based on MediaTek's Dimensity 700 chipset are expected in 2021 from Xiaomi, Vivo, Oppo, Realme. Their market price should be around EUR 200-250. 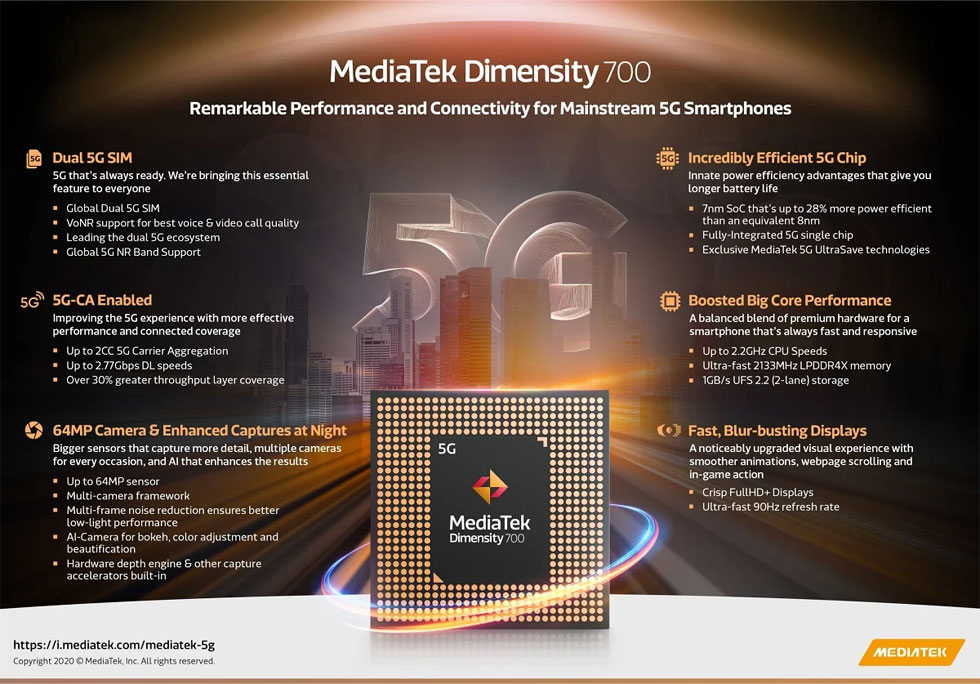