UMIDIGI X is finally official. This is one of the most anticipated models in the mid-range market niche as it will rival other famous models with similar specs. This handset is adorned with a 6.35-inch AMOLED display with an HD+ resolution (720 x 1548) and an under-display fingerprint sensor. Contrary to the teaser, there's a waterdrop notch for the selfie camera instead of a pop-up unit. The camera has a 16MP sensor and a 5-element lens with an f/2.0 aperture. On the back, there's a triple-shooter module with a 48MP Samsung GM1 primary unit that features a 6-element lens with an f/1.79 aperture, 8MP ultra-wide camera with a 120° field of view, and a 5MP depth-sensing sensor.

UMIDIGI X packs a 4150 mAh battery with an 18W fast charger and supports NFC. It is based on a MediaTek Helio P60 chipset paired to 4GB of LPDDR4X RAM and 128GB of built-in memory. The latter can be expanded with up to 256GB. The model is available in Flame Black and Breathing Crystal colours. It runs on stock Android 9 Pie that UMIDIGI plans to upgrade to Android Q. The device supports simultaneous 4G VoLTE and global bands.

Besides UMIDIGI X, the company also unveiled its new true wireless earbuds dubbed Upods. They are equipped with a 7.2 mm dynamic driver and support Bluetooth 5. With a 600 mAh charging box, the Upods support up to 24 hours continuous use. The single earbud weighs only 4g and with ergonomic design, it's very comfortable to wear. Also, the Upods support voice assistant and it can activate your Google Assistant or Siri.

UMIDIGI X will go on sale on August 26th but the price remains a mystery. The manufacturer claims it will have the lowest price among devices with under-display fingerprint sensors. The UMIDIGI Official Store on AliExpress is holding a guess-price contest. The first 1,000 UMIDIGI X units can get the pair of Upods for free. The Upods will be available for US$9.9 for the first 10,000 units from August 26th. 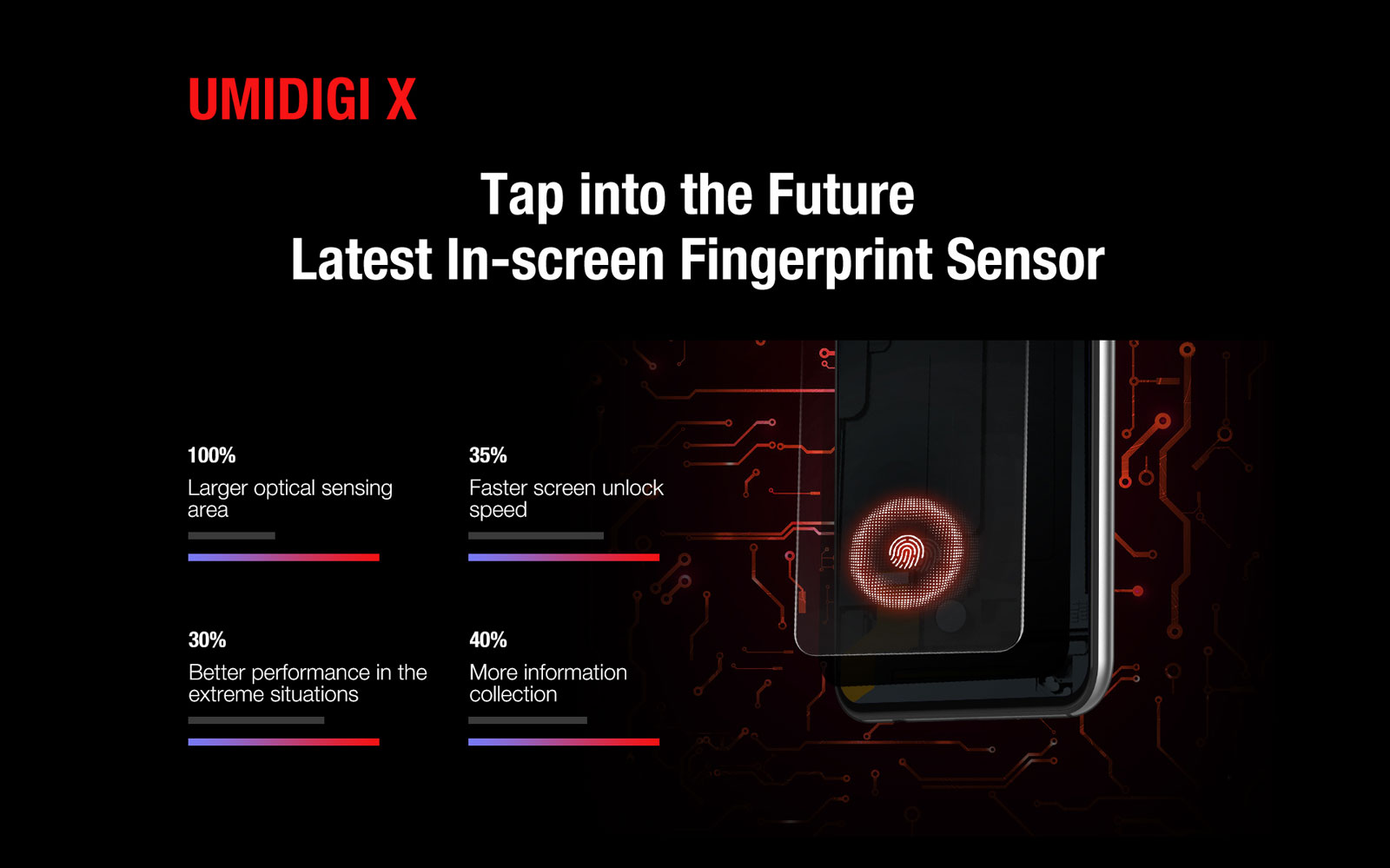 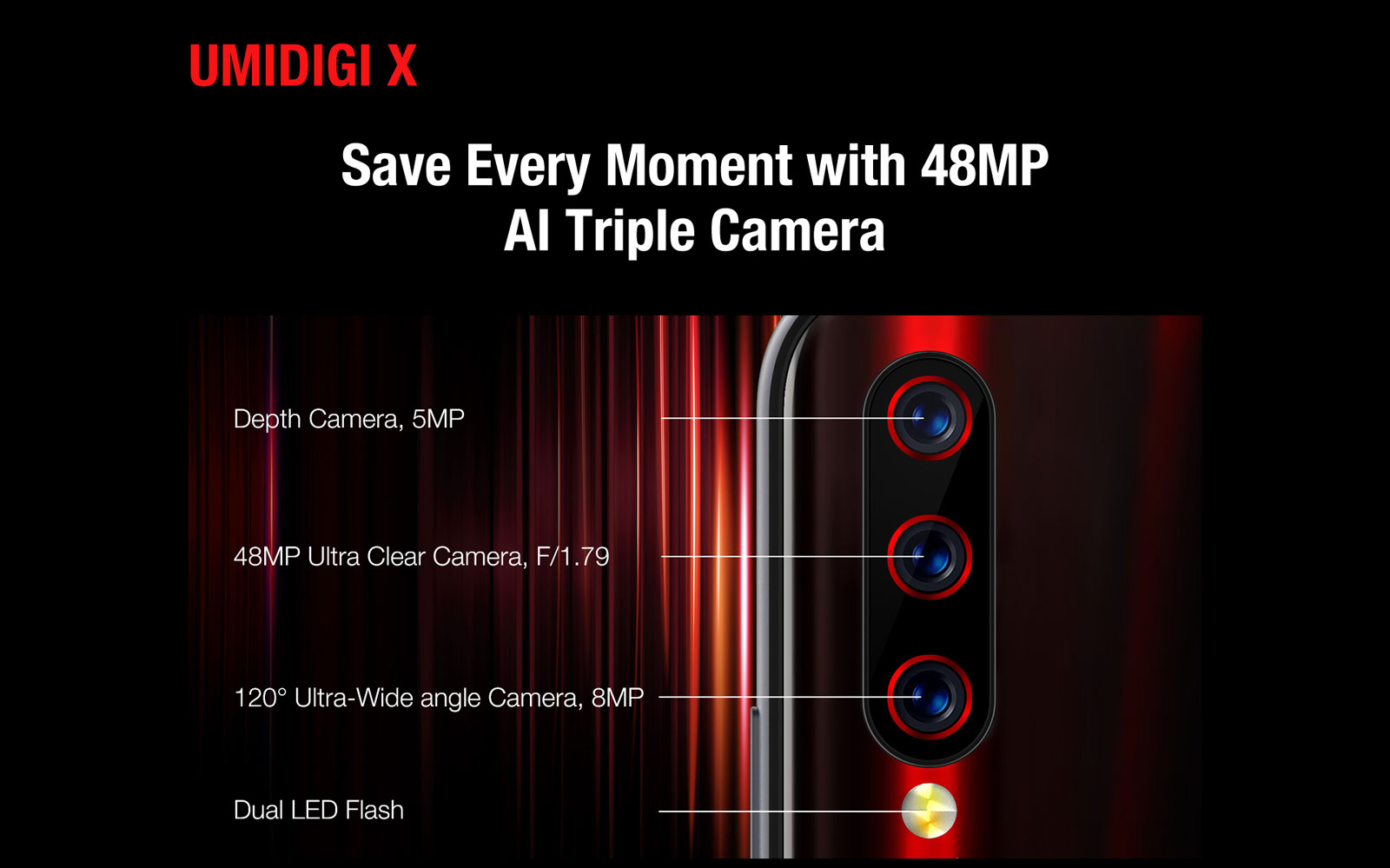 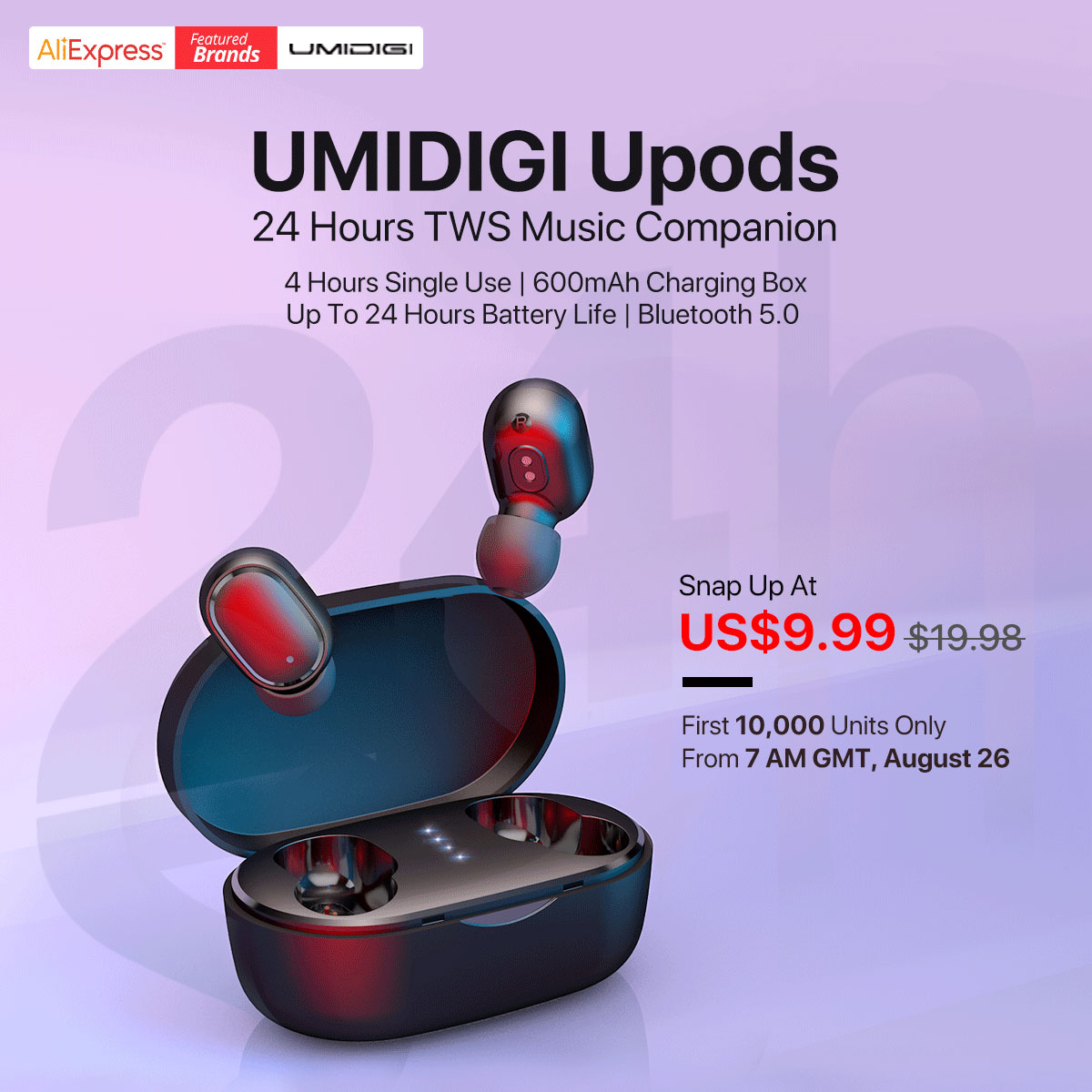 Without any formal announcement and even an official listing on the UMIDIGI website, the UMIDIGI Power 3 has been listed for pre-sale on AliExpress. The latest model from the Power series packs a 6150 mAh battery with MediaTek Pump Express Plus 3.0 support. It is paired to an 18W fast charger. The device is based on a Helio P60 chipset with 4GB of RAM and 64GB of storage. It supports dual-band Wi-Fi, Bluetooth 5...