Featuring powerful cameras, stylish designs, gorgeous displays, and long-lasting battery life, Samsung Electronics' Galaxy A series combines everything smartphone users want in a device in a unique and affordable package. The Samsung Galaxy A72, especially, makes the smartphone experience that much more awesome with enhancements that streamline everything from capturing content to connecting with others. A 90Hz Infinity-O FHD+ Super AMOLED display adorns the front of the handset, while on the back, there's a quad rear camera module with a 64MP main shooter with OIS, an 8MP telephoto camera with OIS, AF, and 3x optical zoom, a 12MP ultra-wide snapper, and a 5MP macro lens. The front camera remains the well-known 32MP shooter from the A52 and A52 5G. The Samsung Galaxy A72 is equipped with a 2.3GHz octa-core CPU, 6GB/8GB of RAM, and 128GB/256Gb of storage. The latter can be expanded with up to 1TB. This model is IP67 rates as well and available in the same colors as the A52 and A52 5G. 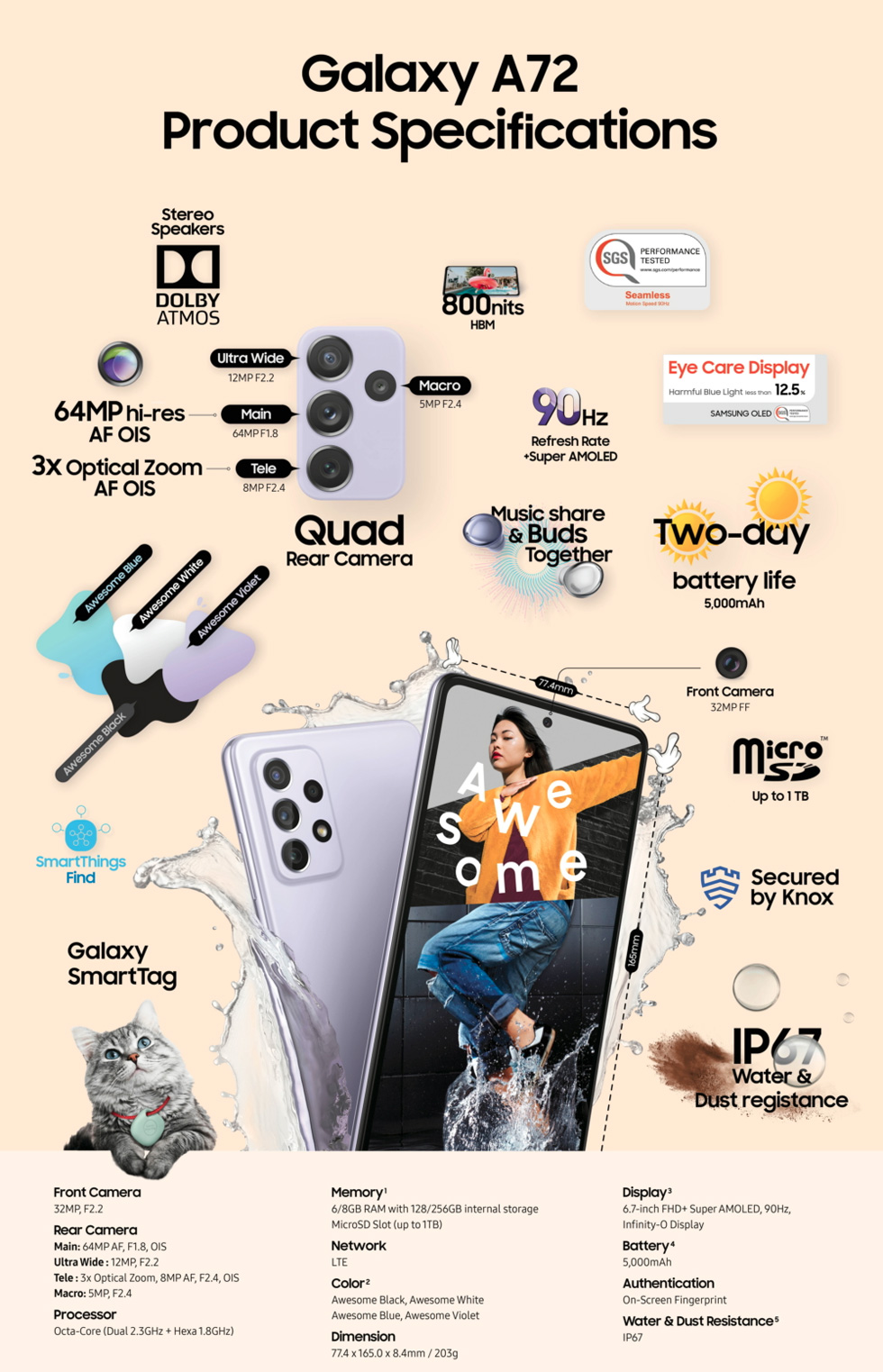