The gaming industry is one of the strongest on the market for monitors for the past few years and it is so influencing that major TV companies have brought out high-end products with hardware and features that will appeal to gamers as well. The smartphone market does not want to fall behind, naturally. There are already several gaming-centric smartphones released including the Asus ROG ones, Xiaomi's Black Shark models and nubia's Red Magic smartphones.

However, it is the first time that a smartphone will offer a variable refresh rate - a feature that's typical for gaming monitors. Today, nubia's president Ni Fei shared on Weibo a screenshot from the display settings of the upcoming Red Magic 5G smartphone. It unveils that the display will support 60Hz, 90Hz, 120Hz and 144Hz refresh rates. Gaming monitors that support up to 144Hz refresh rates usually arrive with the AMD Radeon FreeSync technology on board.

nubia has already confirmed that its next Red Magic smartphone will arrive with a Snapdragon 865 chipset on board and 5G support. The smartphone will also have three rear cameras and there are speculations that the nubia NX651J is the 5G Red Magic smartphone that's about to be unveiled in a couple of months. We found out a post on nubia's forums from a user who evidently has written from a nubia NX651J smartphone back on December 19. Whether this is manipulated or not, remains to be seen. 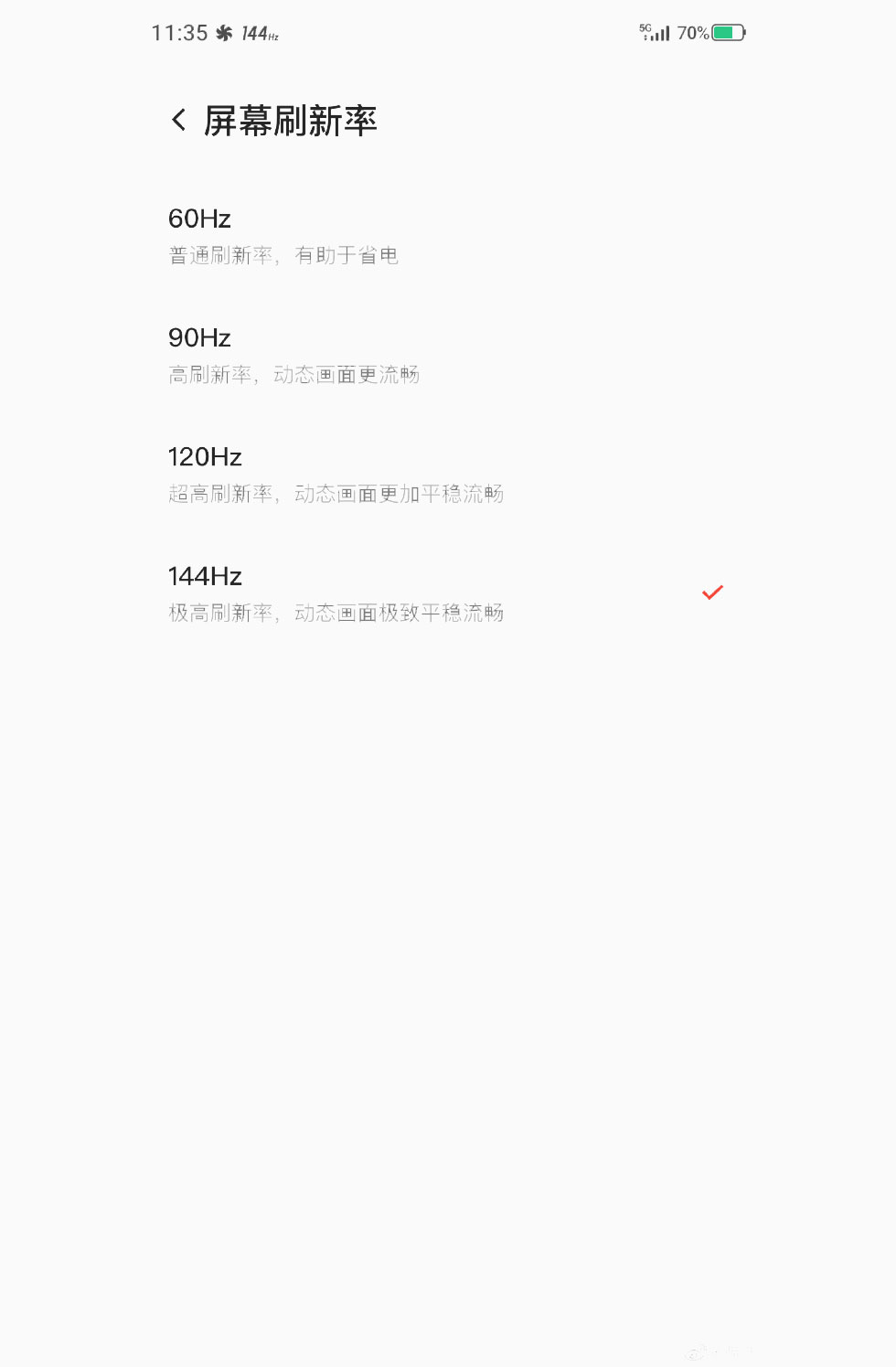 Source
Oppo K7 5G announced for China, a variant of the Oppo Reno4