Realme teased the Realme X50 Pro Player by releasing a render of the phone's internals which unveiled that the device will have a 360° antenna design. This will allow users to freely change the holding position of their phone without affecting the signal reception. There are a total of 12 antennas inside the device, which is 200% higher of what is usually found on a traditional 4G smartphone. According to the TENAA listing of the smartphone with code name RMX2072, the Realme X50 Pro Player will be based on a Snapdragon 865 chipset with 6/8/12GB of LPDDR5 RAM and 128/256/512GB of UFS 3.1 storage. It will be built around a 6.44-inch FHD+ AMOLED display with 90Hz refresh rate. Power will be supplied by a 4200 mAh battery. The camera department will include 16MP+2MP selfie cameras and quad shooters on the back - 48MP+8MP+2MP+2MP. The smartphone will be announced on May 25 - a day before the Redmi 10X. 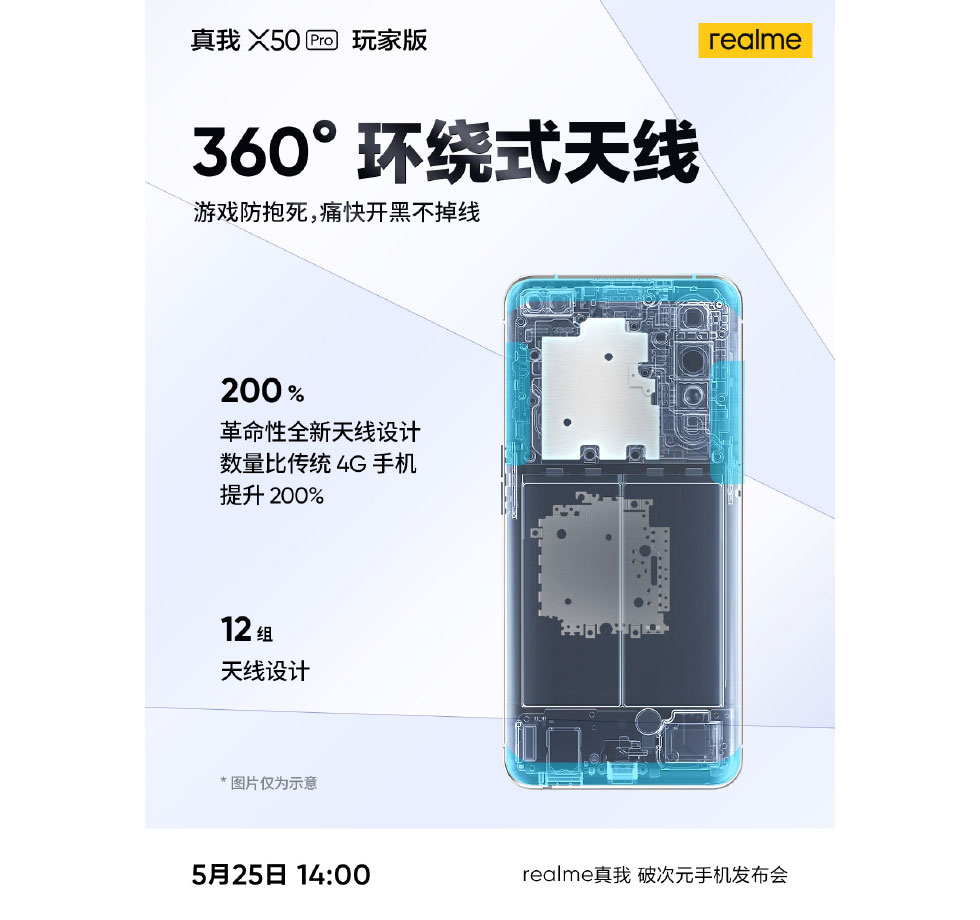