Apparently, Xiaomi will omit the 13 monikers from the name of its upcoming flagship series. This could be expected as 13 is deemed by some as a fatalistic number. Hence, the brand will launch directly the Xiaomi 14 series. Recent leaks have proved that showing retail boxes with the Xiaomi 14 logo and a screenshot of the device's "About" menu disclosing the model name and model code. In the case of the vanilla Xiaomi 14 the model code is 2211133C. Obviously, this is the Chinese version with MIUI 14.0.2 on top based on Android 13. The unit in question also boasts 12GB of RAM.

The Xiaomi 14 series is expected to debut in China later this month. At least one of the devices will be based on the new Snapdragon 8 Gen 2 Mobile Platform. Most probably, the base model will have a 6.38-inch FHD+ display, a 50MP main camera, and will support 67W fast charging. The Pro model will have a bigger display with a QHD+ resolution, and a 120Hz refresh rate. It is also expected to have a 5000 mAh battery with 120W wired and 50W wireless charging support. However, none of this has been officially confirmed so do take the info with a pinch of salt. 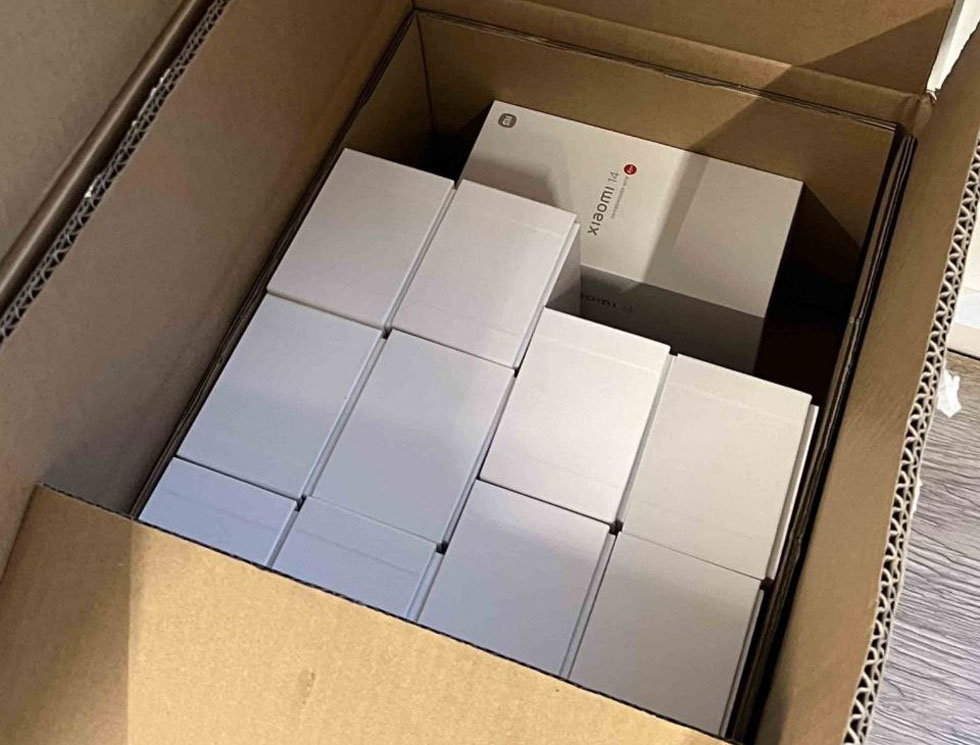 Xiaomi has just announced that the December 1 event for the presentation of the Xiaomi 13 series has been postponed. The direct translation from Chinese says: "@Mi company Dear users and friends: We regret to inform you that the launch event of the new Mi 13 series will be postponed. We will notify you as soon as the new release date is confirmed. Thank you for your understanding and support. Xiaomi Group​​​​" A...

Xiaomi has just unveiled the Xiaomi 12T and Xiaomi 12T Pro. Let's begin with the vanilla model. The Xiaomi 12T is built around a 6.67-inch AMOLED display with a resolution of 1220 x 2712 pixels and a 120Hz refresh rate. The screen has a 12-bit gray depth and a typical brightness of 500 nits. The latter peaks at 900 nits. The display is HDR10+ and Dolby Vision certified and is protected by a Corning Gorilla Glass 5...

The Xiaomi Redmi Note 11R is the 18th model from the Redmi Note 11 lineup. It is a re-badged POCO M4 5G with an 8GB RAM option and a single storage option - 128GB. The smartphone runs on MIUI 13 based on Android 12 and is based on a Dimanesity 700 chipset with dual 5G support. There's a dedicated slot for a microSD card. On the front, there's a 6.58-inch IPS display with an FHD+ resolution and a 90Hz refresh rate...

Xiaomi Civi 2 has been just unveiled in China. This elegant smartphone is very light and thin. It is only 7.23 mm thick and weighs 171.8 grams. The golden 58° curve on the front and back offers an improved handheld experience by providing a firm grip. The front is adorned with a 6.55-inch AMOLED display with an FHD+ resolution, a 120Hz refresh rate, a 240Hz touch sampling rate. The display supports true 10-bit gray...

The Xiaomi MIX Fold 2 debuted today featuring premium specifications in every aspect of a smartphone. First, it boasts a new, in-house developed micro waterdrop hinge that employs various cutting-edge technologies to deliver a powerful yet enjoyable experience. The new design enabled Xiaomi to create an extremely thin foldable smartphone. When it's folded, it is only 11.2 mm thick and when unfolded - it is a mere...