The Realme GT Neo has been certified by TENAA and of course the listing unveils all the main specifications of the model. The model has a 6.43-inch AMOLED display with 120Hz refresh rate. It has a punch hole for the front camera and the rear camera module is headed by a 64MP unit. The device is powered by a 4500 mAh battery with 50W fast charging. Its processing power is based on the new Dimensity 1200 chipset. In addition, the Realme GT Neo has dual stereo speakers with Dolby Atmos support and an in-display fingerprint sensor. The smartphone has appeared on a Chinese retailer's website priced at CNY 2299. 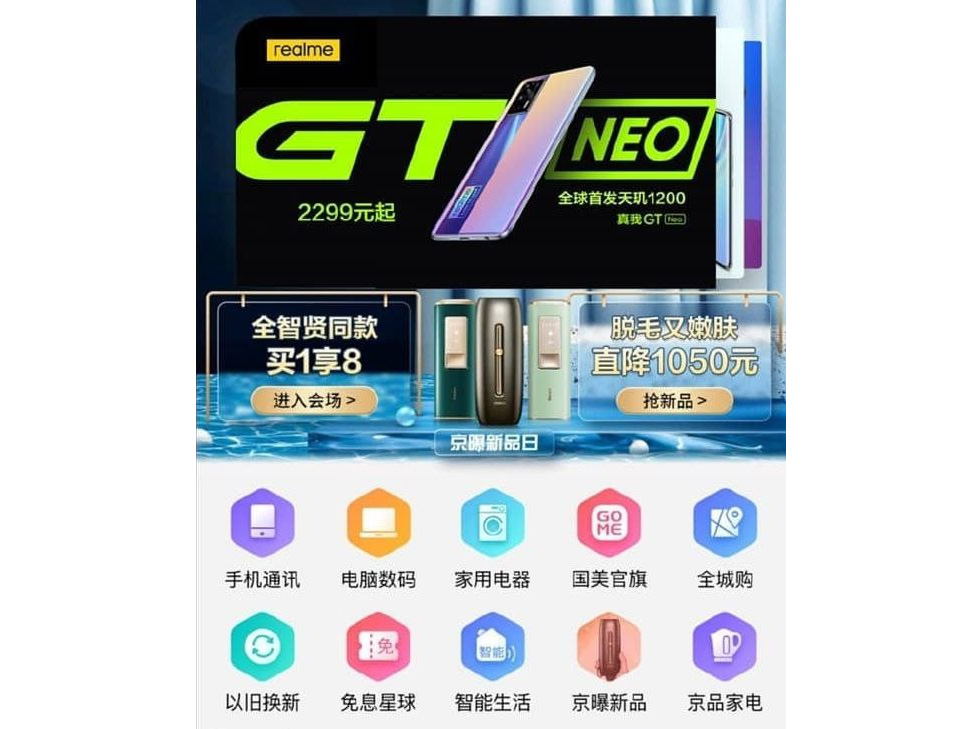