Yesterday, a new Vivo model appeared on TENAA dubbed Vivo V1945A/V1945T. The photos from the listing unveil a rear design that's very similar to that of the upcoming Vivo S5 with a rhomboid camera module design. Some netizens from China have leaked photos of the same device unveiling this is the upcoming Vivo V17 which is expected to be launched in India soon. According to the TENAA listing, the model has a 6.38-inch Super AMOLED display with a resolution of 1080 x 2340 pixels. A 2GHz octa-core CPU with 6GB/8GB of RAM and 128GB/256GB of storage is specified. The typical battery capacity is rated at 4500 mAh and 18W fast charging is specified. The camera department will include a 32MP front-facing shooter and a quad-camera rear module with a 48MP main unit, 8MP ultra-wide one, a 2MP depth-sensing sensor and a 2MP macro lens. It is obvious that despite the similarity in appearance, the Vivo V17 and the Vivo S5 do have differences. We have listed the specifications for both models and here's a convenient side-by-side comparison of the Vivo V17 and the Vivo S5. 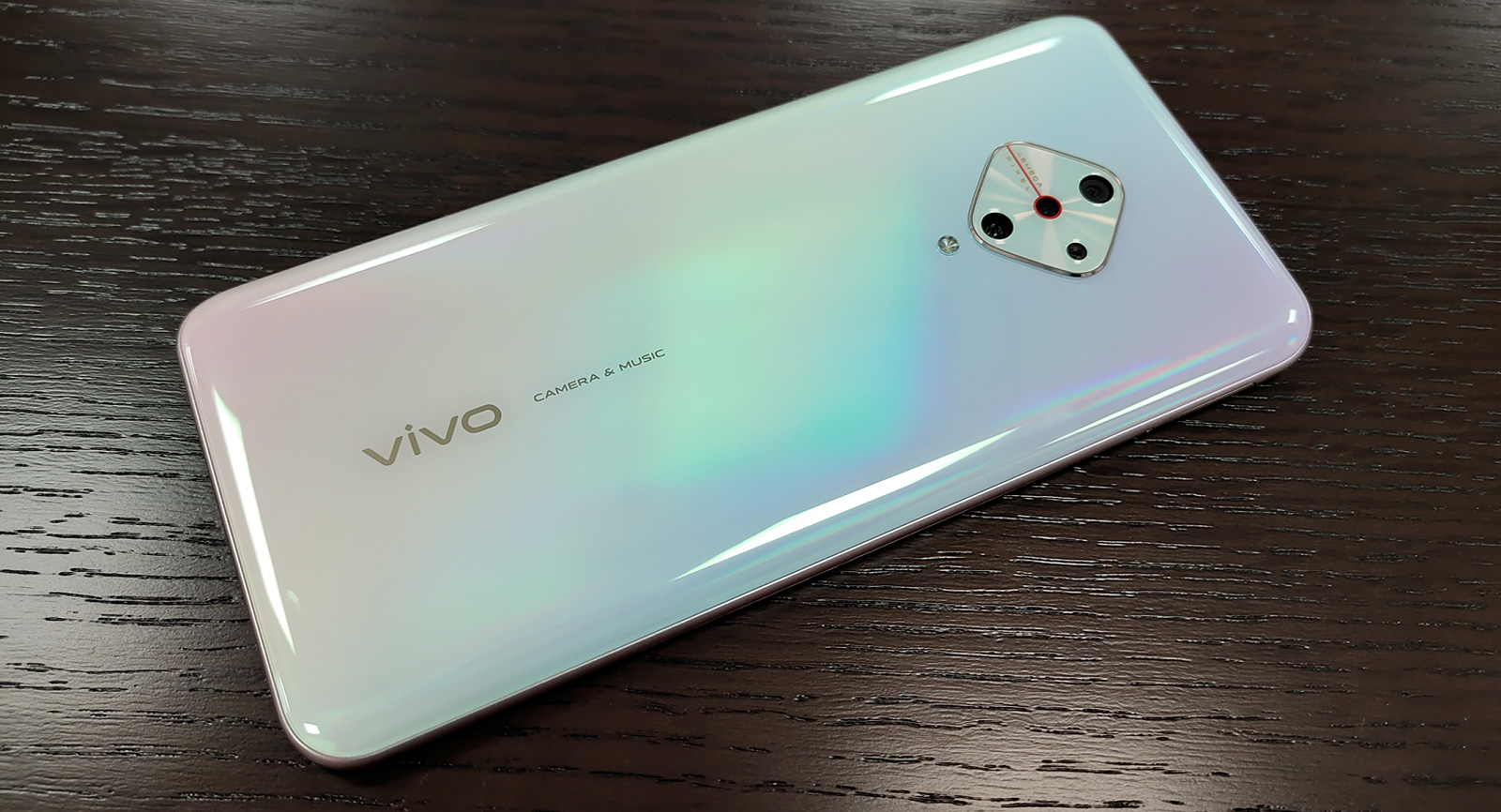 Source
Vivo will enter the European market in 2020

A Vivo invitation for the MWC 2020 leaked on Weibo, unveiling that the company is all set to unveil its APEX 2020 concept smartphone. This will be the third concept smartphone from Vivo. The first was the APEX 2018 which had an OLED display with an in-display fingerprint sensor, Screen SoundCasting Technology that turns the whole display into a speaker - all firsts for the time being. The following year, the APEX...

In a series of Weibo posts, Vivo has introduced the Vivo X30 and Vivo X30 Pro. Both models are based on the Exynos 980 chipset jointly developed with Samsung, supporting SA and NSA 5G bands. It is produced on Samsung's 8nm FinFET process. It supports data communication of up to 2.55Gbps in the 6GHz or lower frequency band in 5G networks and up to 1.0Gbps in 4G. In addition, users can download at speeds up to 3.55...

At today's vivo 5G Open Day event, Liu Hong, Vivo's VP and President for the Chinese market said that the daily output of the Vivo X30 and the Vivo X30 Pro is currently close to 100,000 units. During the press meeting, one of the slides unveiled the design of the upcoming smartphones. The front is almost all display with a tiny punch-hole for the front camera. On the back, there are four cameras, one of which is the...

Vivo has quietly launched the Vivo Z5i. The model is available in black and blue colours and has only one RAM+storage configuration - 8GB+128GB - that costs CNY 1,798 (US$ 256). The sales start on November 28th. The smartphone is built around a 6.53-inch IPS display with an FHD+ resolution and a waterdrop notch which houses a 16MP selfie camera with an f/2.0 aperture. On the back, there's a triple camera module with...

Vivo India has announced the Vivo U20. The first sale of the smartphone is scheduled for November 28th at 12PM local time. The handset is powered by a 5000 mAh battery with 18W fast charging and its performance relies on a Snapdragon 675 chipset. In addition, the model features a 6.53-inch FHD+ display. According to Vivo India, this is the biggest display in the segment. The camera department includes a 16MP selfie...

Vivo S5 is launched in China priced at CNY 2698 (USD 385). The handset features a 3D curved back panel with a diamond-shaped camera module that houses three shooters and a LED flash. The fourth rear camera is positioned below the module. The main shooter has a 48MP image sensor and an f/1.79 aperture. Then there's the 8MP wide-angle camera with a 120-degree angle of view. It is accompanied by a 5MP depth-sensing...