Today we expect Asus to unveil the ROG 3 gaming smartphone and Lenovo to introduce its Legion gaming smartphone. nubia will not lag behind. It just announced that it will present the Red Magic 5S gaming smartphone on July 28 along with other products from its tech ecosystem. Earlier, nubia teased this model to have a 144Hz display with 240Hz sampling rate and a 320Hz dual game shoulder button touch sampling rate. In addition, the Red Magic 5S will feature a special cooling system with silver - a material known to have the highest thermal conductivity qualities in the world. It will be combined a 4843 mm² super large heat dissipation copper foil, efficient heat conduction, and a built-in 15000 rpm high-performance centrifugal fan. A series of heat dissipation combinations such as air ducts with transparent design from north to south, high-performance thermal gel, and super large liquid cooling tubes are also on board for efficient cooling. 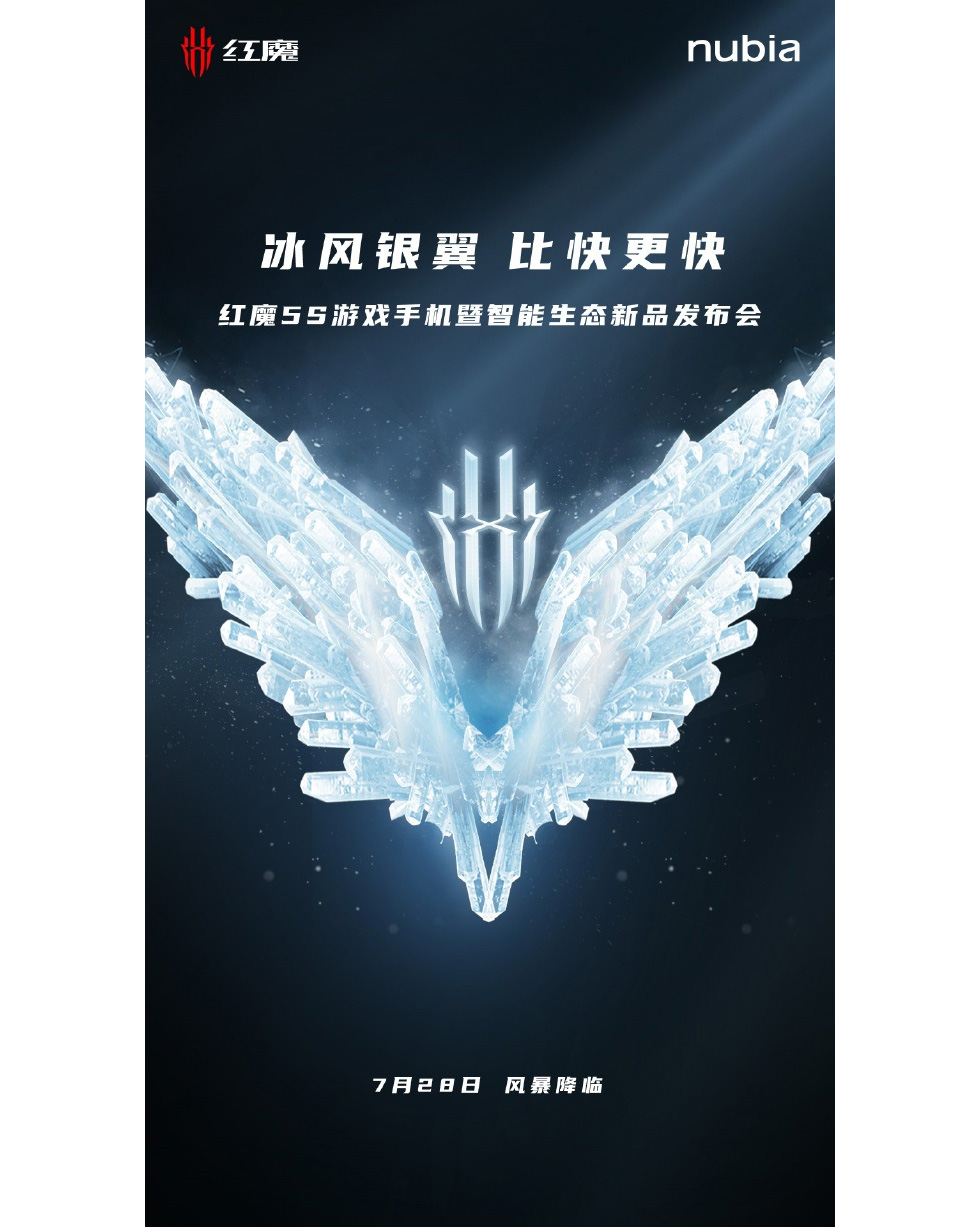