Realme has just announced the Realme 8 Pro and the Realme 8. The Pro model will launch in Europe and India. The non-Pro variant is meant for India only.

The Realme 8 Pro is based on a Snapdragon 720G chipset paired to 6GB or 8GB of RAM and 128GB of storage. The latter can be expanded and Realme has provided a dedicated slot for a microSD card. The model runs on realme UI 2.0 and is powered by a 4,500 mAh battery with 50W fast charging support. The included charger in the box supports up to 65W charging. The front of the smartphone is adorned with a 6.4-inch Super AMOLED display with a 60Hz refresh rate and a 180Hz touch sampling rate, FHD+ resolution, 1000 nits of peak brightness.

The camera department of the Realme 8 Pro is the most noteworthy feature of this new smartphone. It packs a 108MP Samsung HM2 main camera. The sensor has an optical format of 1/1.52, a 0.7 µm pixel size and supports 9-in-1 binning for 12MP output photos. It is combined with an f/1.9 lens. 3x zoom is supported along with an improved Super Nightscape mode, Ultra Nightscape Video, Starry Mode, etc. The main camera is adjoined by an 8MP ultra-wide angle unit with a 119-degree FoV and an f/2.25 aperture. A 2MP macro and a 2MP mono unit are also provided. On the front, there's a 16MP selfie snapper using a Sony IMX471 sensor and an f/2.45 lens.

The Realme 8 uses the same display as its Pro sibling and has a 5000 mAh battery supporting 30W fast charging. This model is based on a Helio G95 chipset with an improved cooling system that now uses copper instead of carbon fiber. It is paired to 4GB/6GB/8GB of RAM and 128GB of expandable storage. The camera department is headed by a 64MP shooter accompanied by an 8MP ultra-wide unit with a 119-degree FoV, a 2MP macro, and a 2MP mono lens. 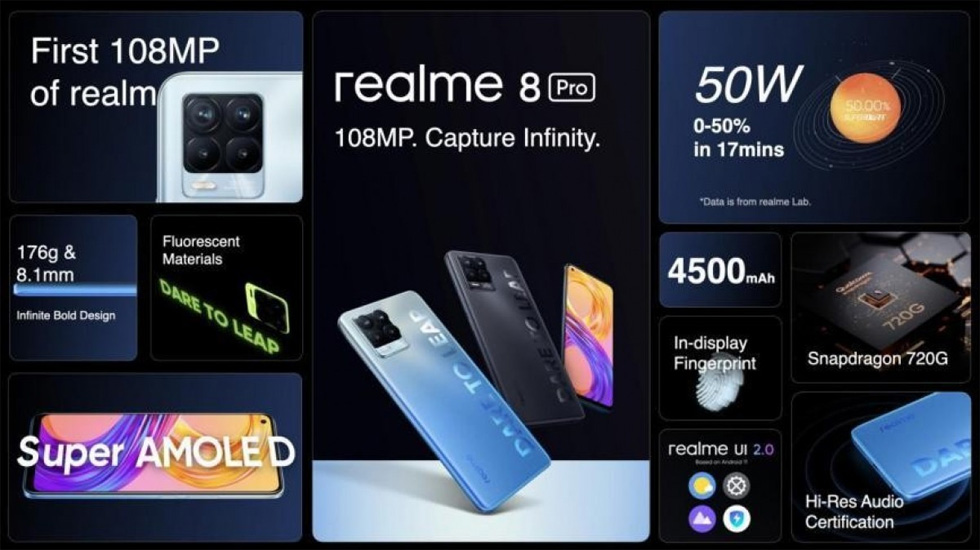 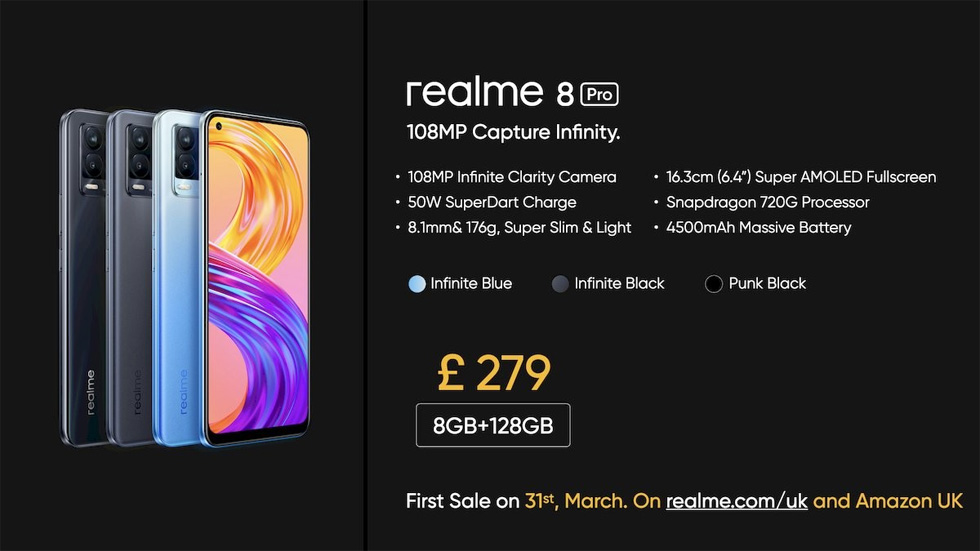 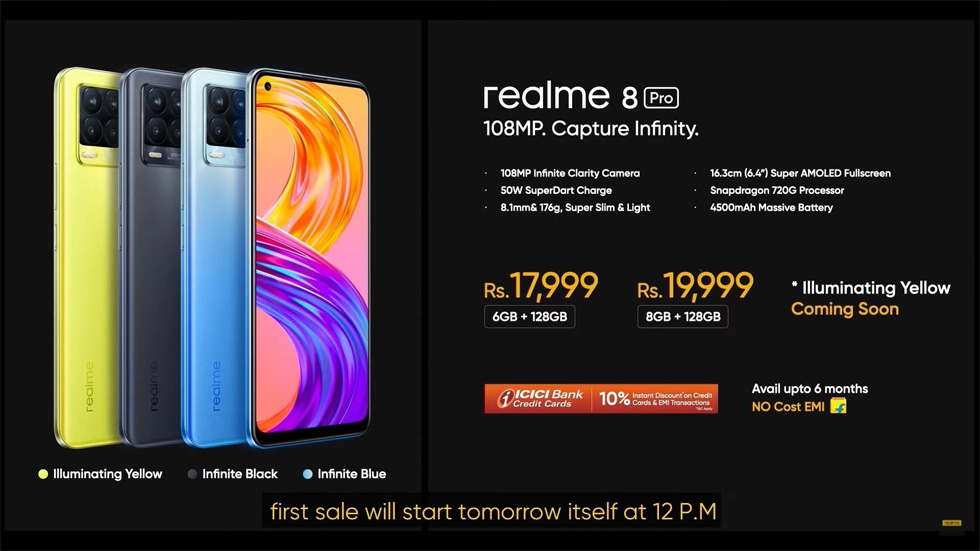 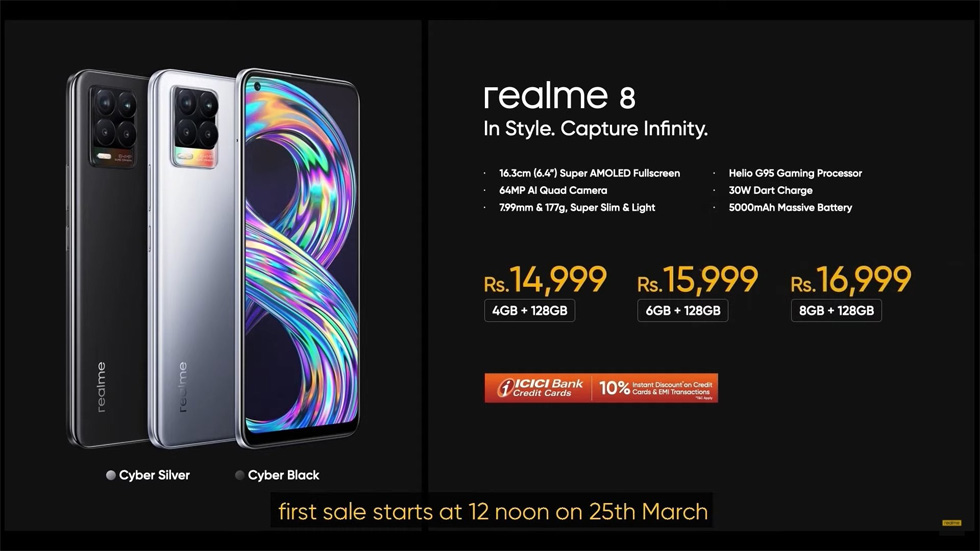