Motorola has launched two smartphones in India. The Motorola Moto G60 is equipped with a 6.78-inch IPS display with a resolution of 1080 x 2460 pixels and 120Hz refresh rate. It has an anti-fingerprint coating and HDR10 certification. The device is based on a Snapdragon 832G chipset with a 2.3GHz octa-core CPU, 6GB of RAM, and 128GB of storage. Power is supplied by a 6000 mAh battery with 20W fast charging. Th camera department includes a 32MP selfie snapper and a 108MP primary shooter adjoined by an 8MP ultra-wide unit and a 2MP depth-sensing lens. The Motorola Moto G60 runs on Android 11 with an upgrade to Android 12 and two years of security upgrades included. The smartphone is available in Frosted Champagne and Dynamic Gray colors and costs INR 17,999.

The Motorola Moto G40 Fusion has the same display, chipset, battery, and OS. The main difference with the G60 is the camera department. On the front, there's a 16MP selfie snapper. On the back, there's a triple camera module with a 64MP main shooter, an 8MP ultra-wide one, and a 2MP depth-sensing lens. The smartphone is available in Dynamic Gray and Frosted Champagne colors. The 4GB + 64GB version costs INR 13,999, while the 6GB + 128GB variant is priced at INR 15,999. 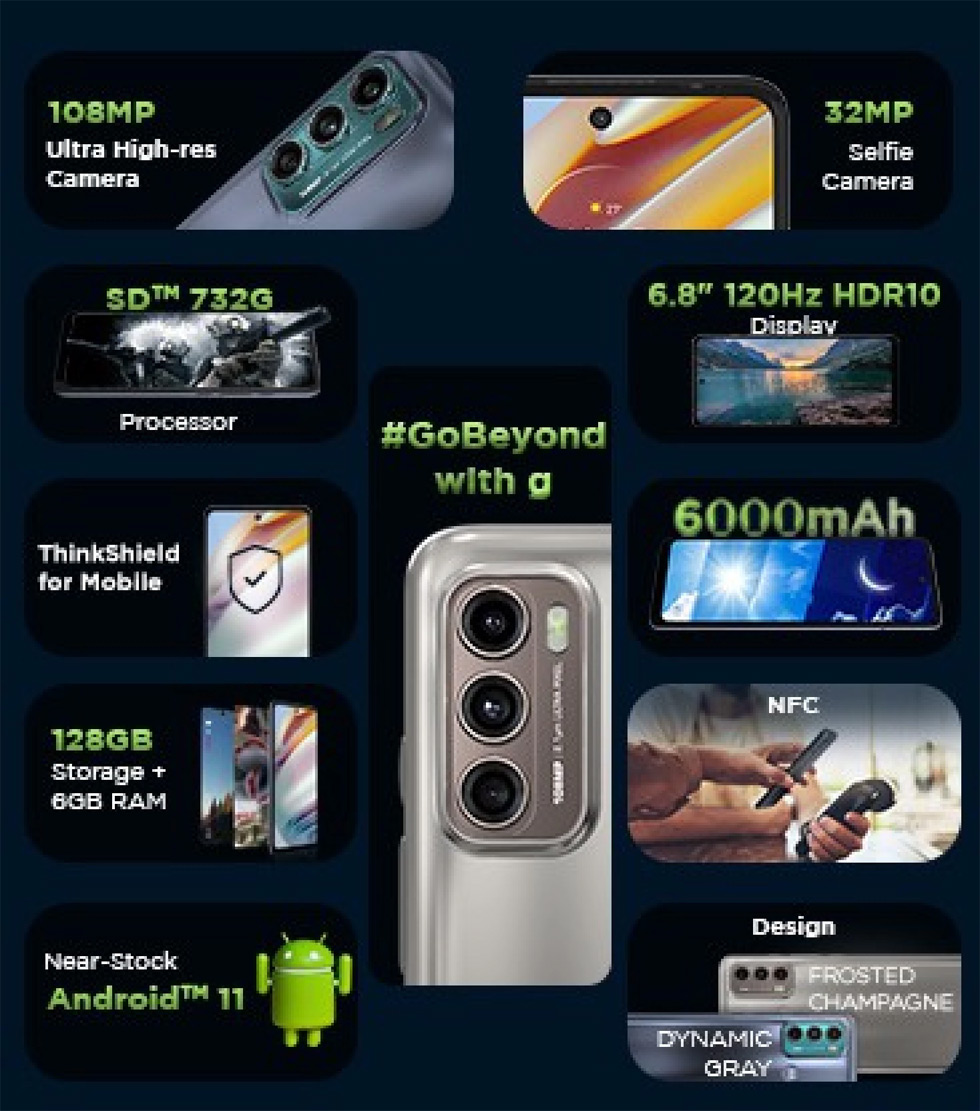 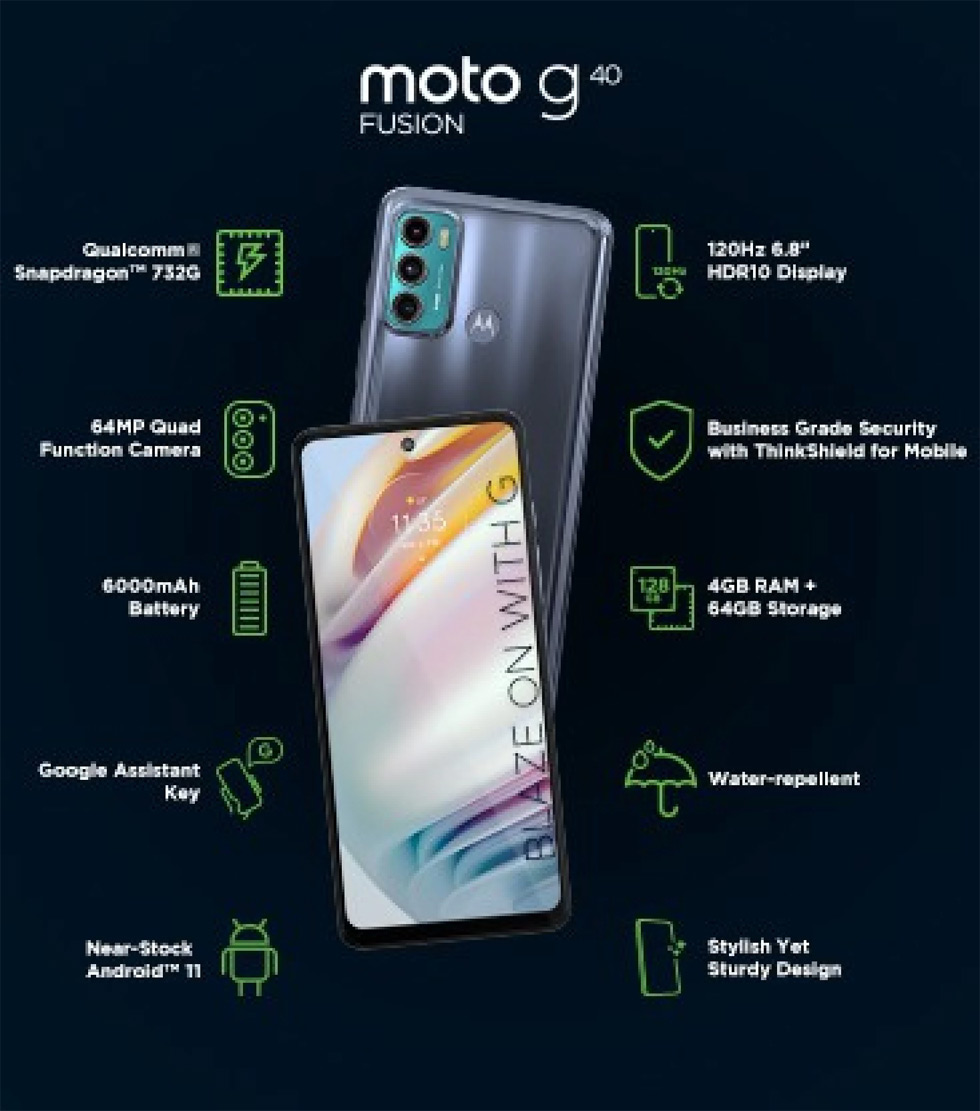 Motorola has launched the Moto G10 Power in India, priced at INR 9,999 via Flipkart. The device resembles the Moto G10 Power, which was announced a month ago. The only difference is the larger battery - 6000 mAh - that supports 20W fast charging. The display is the same 6.5-inch unit with an HD+ resolution. The body is available in Aurora Grey and Breeze Blue colors and is IP52 rated for protection against water...

Motorola has unveiled a duo of new smartphones from the G series. They will be available in select EU markets in the weeks to follow. The Moto G30 will cost around EUR 180 and the Moto G10 will cost around EUR 150. The Moto G30 is equipped with a 6.5-inch IPS display with an HD+ resolution (720 x 1600 pixels) and a 90Hz refresh rate. The display's notch houses the 13MP front-facing shooter. The rear camera...

The Moto G9 Power has just been announced packing a massive 6000 mAh battery with a 20W charger. The device is equipped with a 6.78-inch display with a resolution of 720 x 1640 pixels. It has a punch hole in its top-left corner for the 16MP selfie camera. On the back, there's a 64MP primary shooter adjoined by a 2MP depth-sensing unit and a 2MP macro lens. As usual, the Motorola logo covers the rear-mounted...

Motorola introduces the Moto G9 Plus, Moto G9 Play, and Moto E7 Plus

Motorola has unveiled the Moto G9 Plus, Moto G9 Play, and Moto E7 Plus. According to the company, they "arrive with the biggest leap from one generation to another, with unbelievable performance, camera, battery, and display." All three devices run on near-stock Android with My UX on top. The Moto G9 Plus is equipped with a 6.8-inch Max Vision display with an FHD+ resolution. Powered by a 5000 mAh battery, it is...