The first reports of the Mi MIX 4 from China appeared back in February with information that it would be unveiled very soon. However, Xiaomi scheduled the unveiling of this key flagship smartphone for today - 6 months later. It is worth reminding that the MIX series by Xiaomi has always been synonymous with the company's experiments with new technologies. The Mi MIX 4 packs flagship hardware along with an under-display camera - the latest in breakthrough technologies on smartphones.

ZTE has recently introduced the second generation of its under-display camera on the ZTE Axon 30 5G, employing a new independent UDC Pro display chip that intelligently optimizes the display as well as a display with 7-layers of highly permeable material and another 3 layers with a special technology for increased light transmission.

The Xiaomi Mi MIX 4 is equipped with a 6.67-inch AMOLED display with 120Hz refresh rate, Dolby Vision and HDR10+ certification. It covers what Xiaomi calls Camera Under Display - an under-display camera with a 20MP sensor using 4-in-1 pixel binning to achieve 1.6 micro-meter pixel size and AI technology to improve portraits. Xiaomi explained it has used an innovative display technology with micro-drill arrangement, reset circuit layout, and transparent leads to improve screen transmittance. Dual stereo speakers with sound by harman/kardon, Hi-Res Audio, and Hi-Res Audio Wireless certification are also onboard.

The Xiaomi Mi MIX 4 is based on a Qualcomm Snapdragon 888 Plus mobile platform with 8GB or 12GB of LPDDR5 RAM and 256GB, 512GB, of UFS 3.1 storage. The chipset is aided by a sophisticated cooling system with several layers, including a liquid VC cooling layer. Power is supplied by a 4500 mAh battery with 120W wired fast charging and 50W wireless fast charging. The main camera department houses a 108MP primary shooter with an f/1.9 aperture, PDAF, OIS. The second rear camera is a 48MP periscope telephoto unit with a Sony IMX586 sensor and an f/4.1 aperture - just like the one found on the Mi 11 Ultra. Finally, there's a 13MP ultra-wide camera with an f/2.4 aperture and a 123-degree field of view.

The Xiaomi Mi MIX 4 is priced as follows: 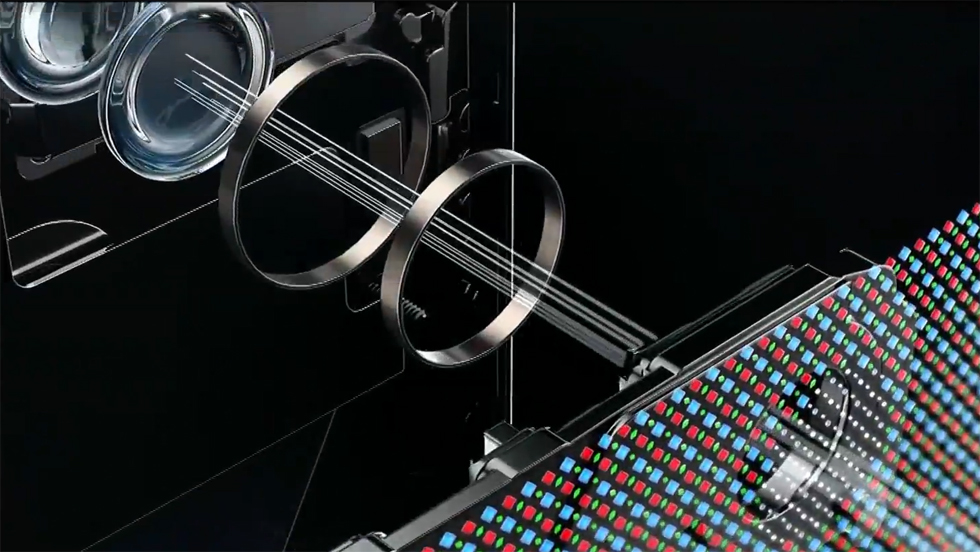 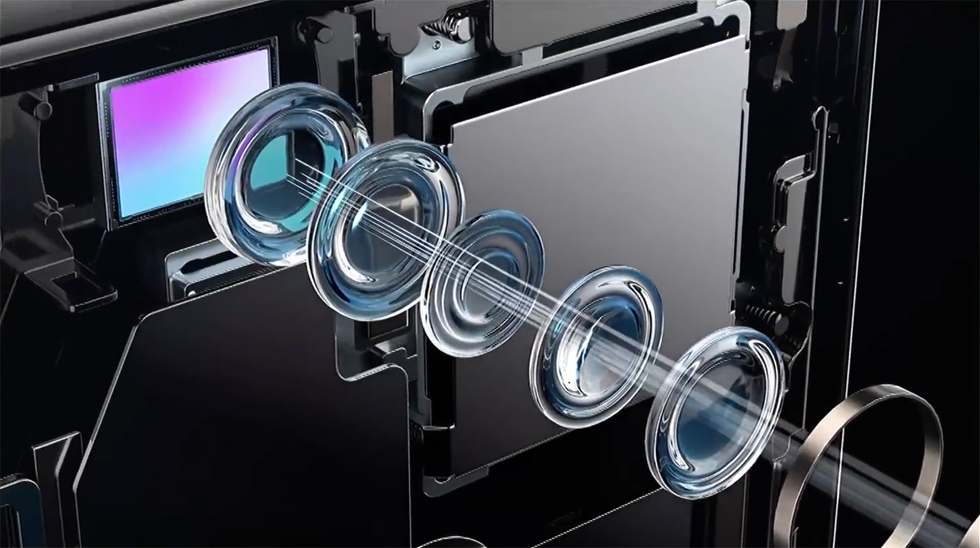 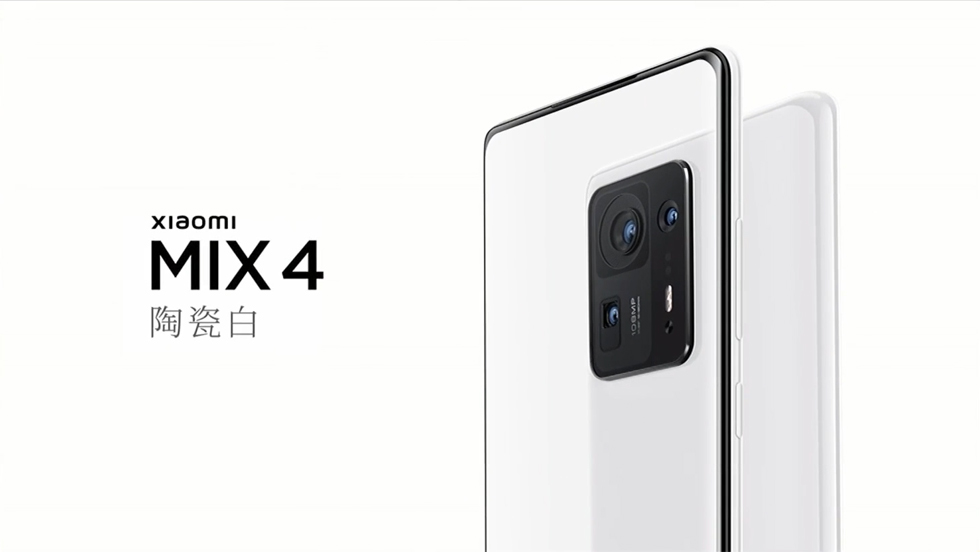 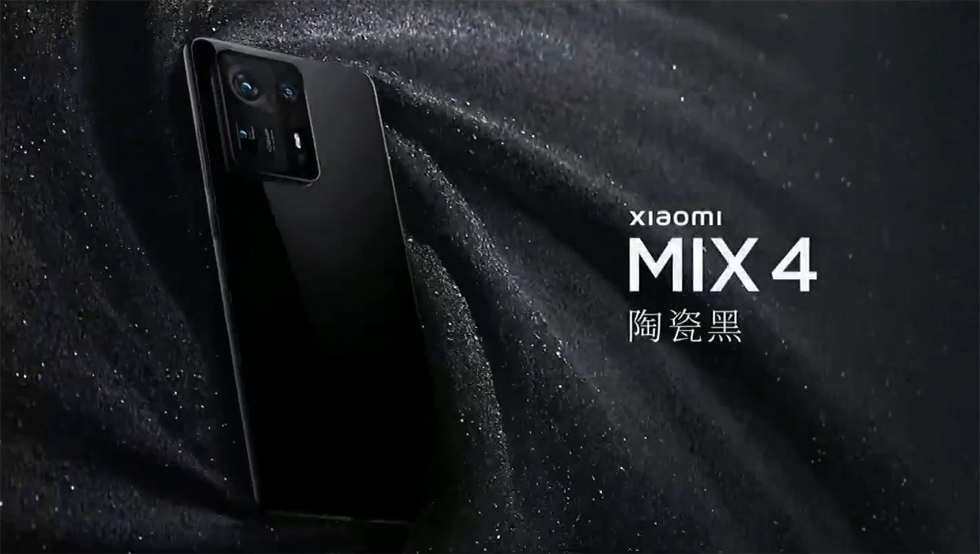 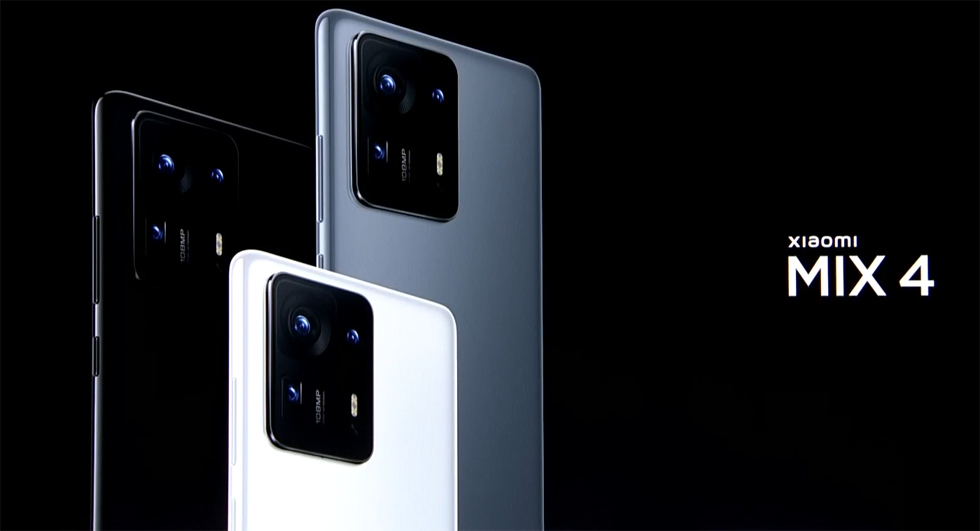 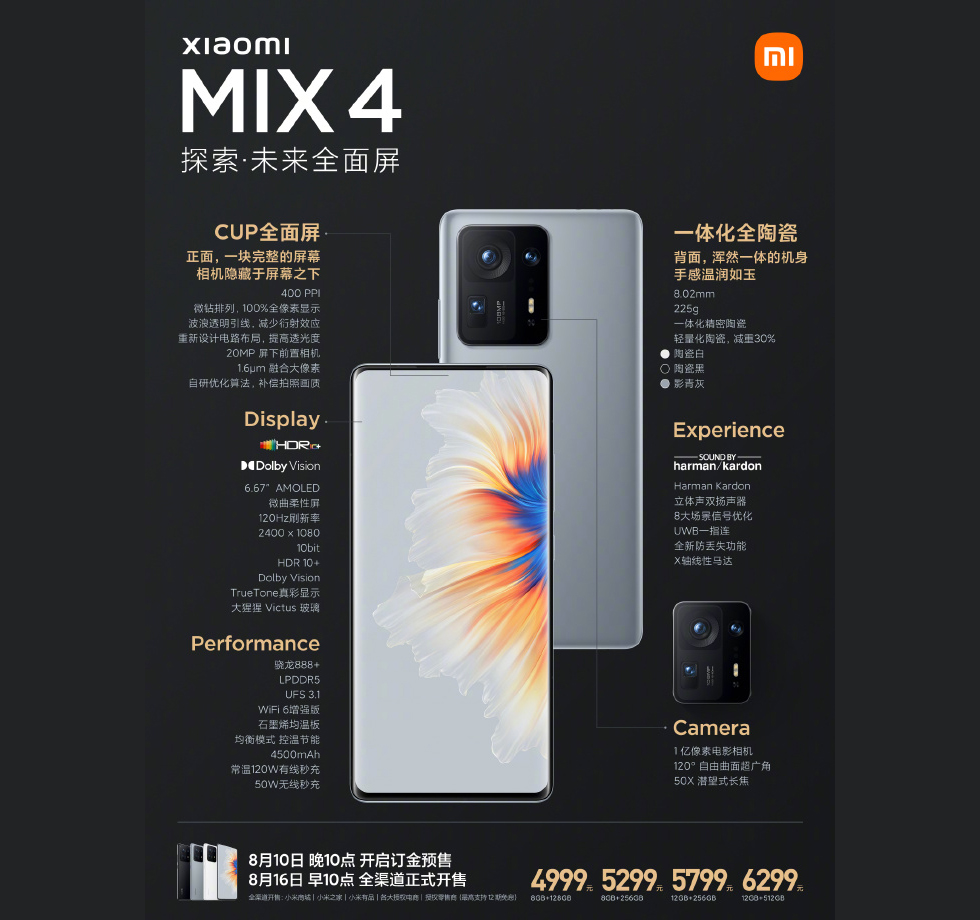