Oppo has just announced in Barcelona the Find X2 series of its flagship smartphones.

The Oppo Find X2 Pro is built around a 6.7-inch AMOLED display. This is what Oppo has referred to as "Ultra Vision" display that has received an A+ rank by DisplayMATE. The display has a QHD+ resolution of 1440 x 3168 pixels and 120Hz native refresh rate. Moreover, it sports a 240Hz touch sampling rate. This also happens to be the first smartphone display with a true 10-bit color support backed by the O1 Ultra Vision Engine. The unit is protected by a 3D curved Corning Gorilla Glass 6 and features an in-display fingerprint sensor. The display is TUV Rheinland certified for eye comfort.

The Oppo Find X2 Pro packs a 4260 mAh battery that supports 65W SuperVOOC 2.0 fast charging (10V/6.5A). It has a five-layer protection for safe charging and is TUV Rheinland certified for safety. In addition, the smartphone is based on the Snapdragon 865 chipset paired to a Snapdragon X55 5G modem. It has 12GB of LPDDR5 RAM and 512GB of UFS 3.0 storage (non-exapandable). The handset is equipped with dual stereo speakers with Dolby Atmos. It supports NFC and runs on Android 10 with ColorOS 7.1 on top.

The Oppo Find X2 Pro will go on sale in early May and will cost EUR 1199. It is available in a black version with a ceramic back and an orange version with a faux leather back. The handset is IP68 certified for water and dust resistance.

The Oppo Find X2 has exactly the same display as its Pro sibling and supports the same battery charging tech only that it has a slightly smaller battery pack - 4200 mAh. It also has the same chipset with 12GB of LPDDR5 RAM but twice as less built-in storage - 256GB. The handset runs on Android 10 with ColorOS 7.1 on top and supports NFC as well. It has an all-glass body variant with Corning Gorilla Glass 6 on the front and back, available Ocean colors. The black version has a ceramic back. The device has an IP54 rating which corresponds to splash resistance.

The camera department is where the Find X2 and Find X2 Pro differ the most. The Oppo Find X2 has the same 32MP selfie unit but on the back, its main camera has a 48MP Sony IMX586 sensor and is adjoined by a 13MP telephoto snapper (not periscope one). Finally, there's a 12MP ultra-wide shooter. The Oppo Find X2 is priced at EUR 999. 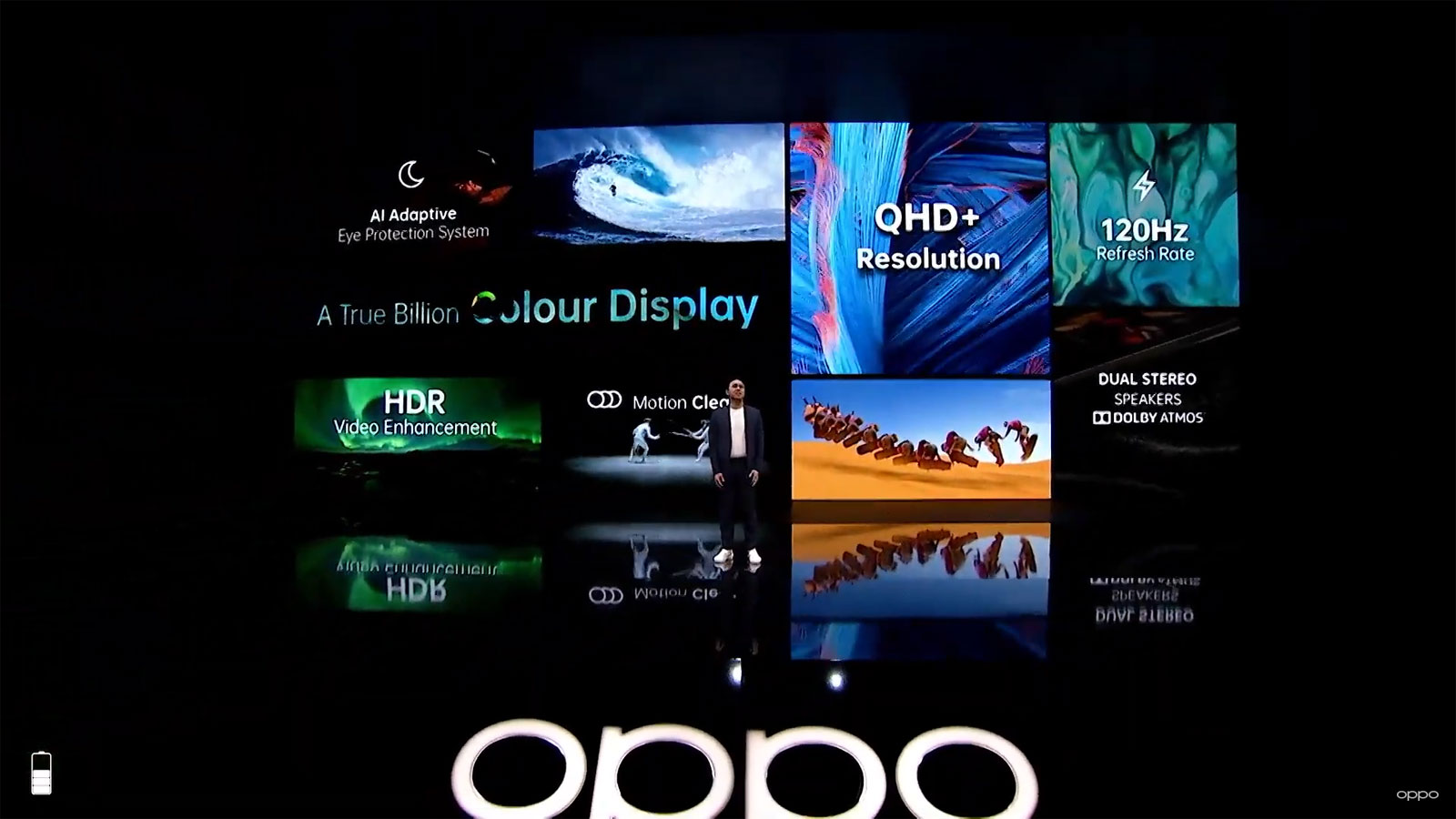 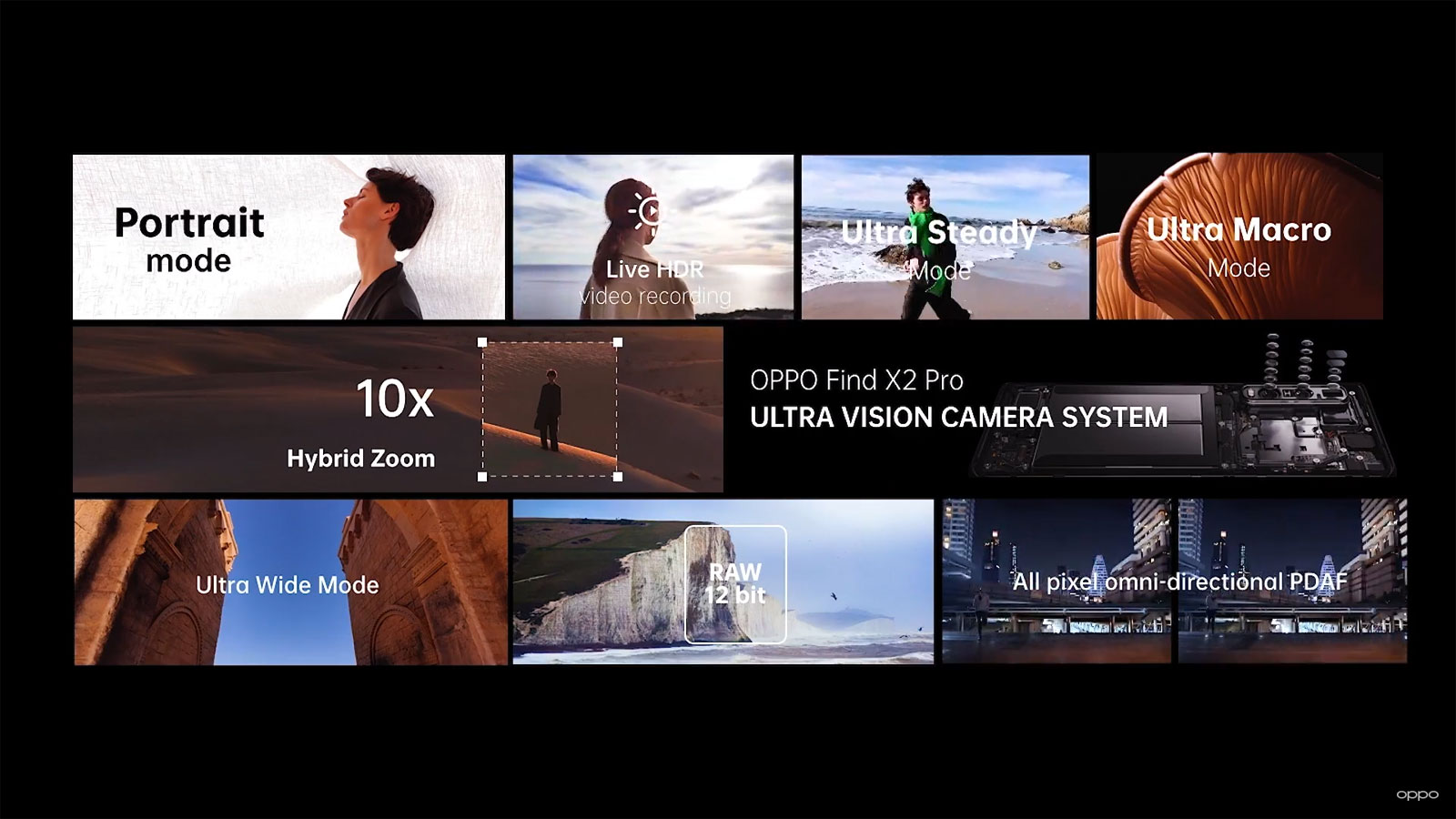 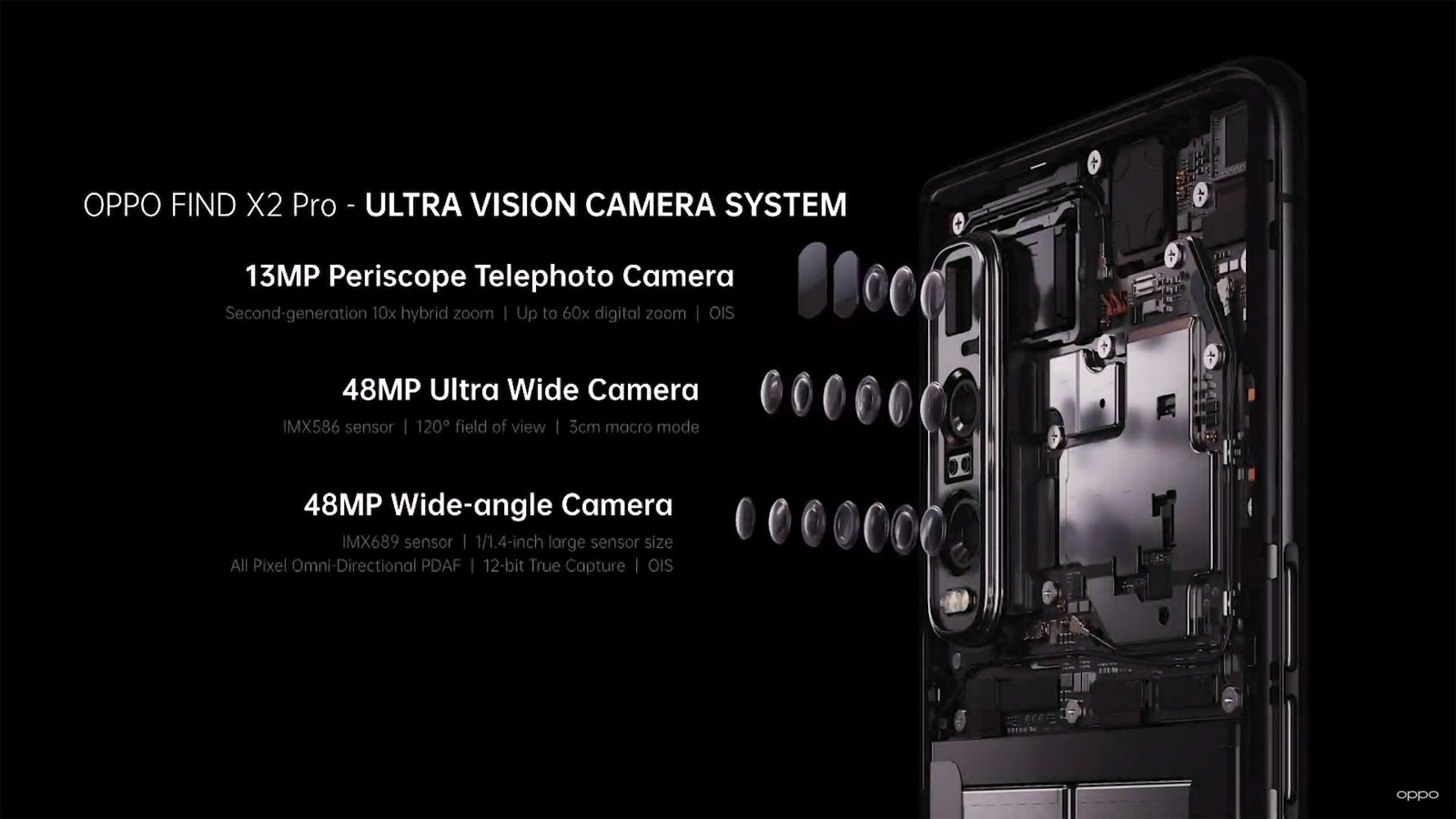 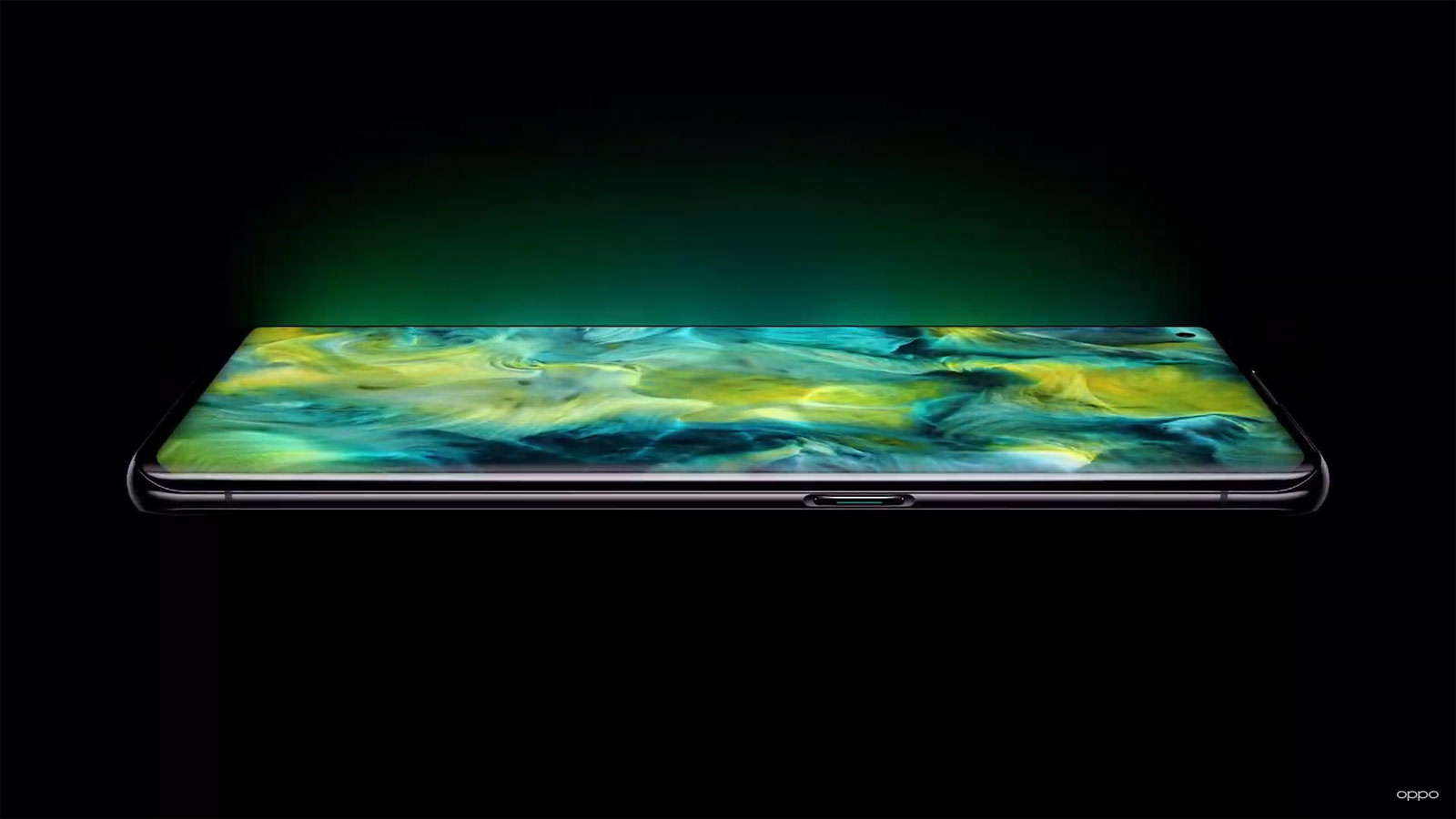