The Doogee S97 Pro is Dooggee's latest flagship rugged smartphone. The device has just been launched and its most distinctive feature is the laser rangefinder. It can be used both at work, outdoors, or indoors at home. The device has a range of 40 meters and has eight measurement modes - a single measurement, such as a continuous measurement as the user walks, an area measurement, where the length and width are measured separately to automatically calculate the area, plus a volume measurement, where the length, height, and width is measured to calculate the value. There are also three Pythagoras modes to measure sloping edges, right angles, hypotenuse, and heights making it the ideal working tool.

The Doogee S97 Pro features a 6.39-inch IPS display with a resolution of 720 x 1560 pixels (HD+) and Corning Gorilla Glass 5 for protection. Processing power depends on a MediaTek Helio G95 chipset with a 2GHz octa-core CPU and a Mali-G76 MC4 GPU. The SoC is paired with 8GB of LPDDR4 RAM and 128GB of UFS storage. Power is supplied by a beefy 8500 mAh battery. It supports 33W fast charging and Doogee says it can be replenished from 0 to 100% in about 3 hours. This battery can last for 2-3 days of normal use and for 26 days on standby. 10W wireless charging is supported as well. The Doogee S97 Pro is equipped with a 48MP Samsung main camera, which is adjoined by three other shooters on the back of the handset - an 8MP Samsung ultra-wide unit with a 130° field of view, a 2MP macro lens, and a 2MP portrait lens. They are aided by a quad-LED flash. The main camera is capable of shooting 4K videos. Underwater photography is also enabled. The smartphone runs on Android 11.

Using advanced sealing technology and a solid structure, including high-density macro-molecule coating, the phone is waterproof and dustproof with IP ratings of IP68 and IP69K. It also has a MIL-STD-810G certification, so you can have peace of mind when using the device in harsh outdoor environments or when you drop it by accident. The USB Type-C port, headphone jack, SIM card slot are all fitted with protective caps. Built with soft TPU and aluminum alloy reinforced polycarbonate materials, the rugged smartphone is fully protected from drops and the four reinforced corners and heightened frames keep it safe, even in extreme outdoor environments such as construction sites. In addition, the extremely durable phone is able to withstand extreme temperatures due to the metal frame and components and can work normally between -55°C and -70°C. The proportion of the metal body on the back of the device is more than 50% meaning the position of the camera is also completely protected by metal materials. The device is all-black with accent design elements in Orange Tiger, Red Lava, and Silver Black colors. 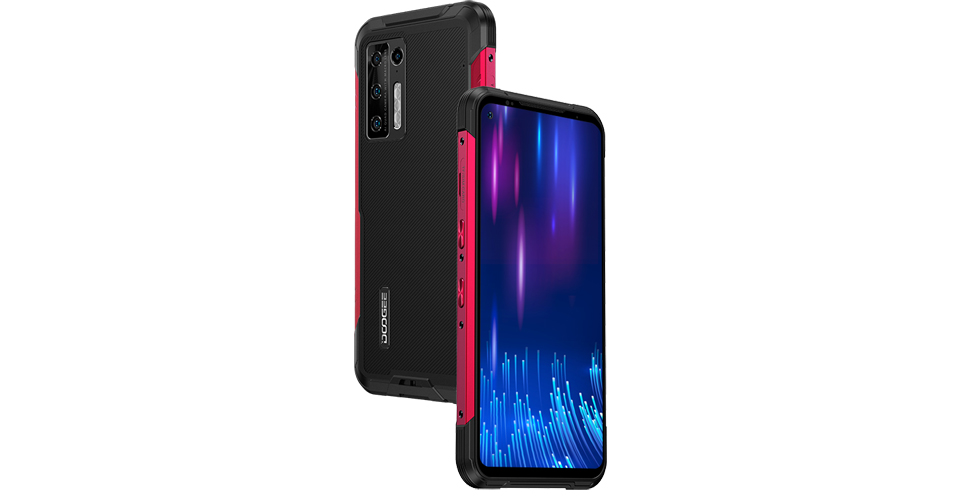 The Doogee N40 Pro with a 6380 mAh battery goes official

A new smartphone from the Doogee N series has been unveiled - the Doogee N40 Pro. The device will pack a 6380 mAh battery and will be equipped with 6GB of RAM and 128GB of built-in storage. The latter can be expanded with up to 256GB. Under the hood, a MediaTek Helio P60 chipset will tick. It houses an octa-core CPU with four 2GHz Cortex-A73 cores and four 2GHz Cortex-A53 cores. A Mali-G72 MP3 manages the graphics...