Samsung has just unveiled its flagship Exynos 2100 chipset that will power the Galaxy S21 series for certain markets.

Evidently, the Korean giant is betting high on this new product. Built on the most advanced 5nm process, the chipset provides up to 30% improved processing power and up to 20% improvement in power efficiency compared to previous Exynos products. The system-on-chip houses an octa-core CPU that comprises of a top Cortex-X1 core, three Cortex-A78 cores, and four Cortex-A55 cores. The top core is customized in collaboration with ARM. In addition, the new product offers better cache memory, stronger scheduler, efficient voltage control.

The new ISP on the Exynos 2100 supports up to 200MP cameras and up 6 individual units on a device. When the NPU and ISP work together, the new chipset manages to achieve improved content-aware image processing. A dedicated video unit called multi-frame processing engine supports 4K 120 fps video recording and 8K 60 fps playback. Moreover, this is the first product to offer AV1 decoder for 8K video.

In addition, the Exynos 2100 houses Samsung's first 5n Premium 5G integrated processor. It integrates an AP & 5G modem allowing for a smaller chip that saves space and better power efficiency. It offers up to 7.35 Gbps in mmWave and up to 5.1 Gbps in sub-6GHz. Finally, the new chipset features improved security with a StrongBox Keymaster for stronger security. 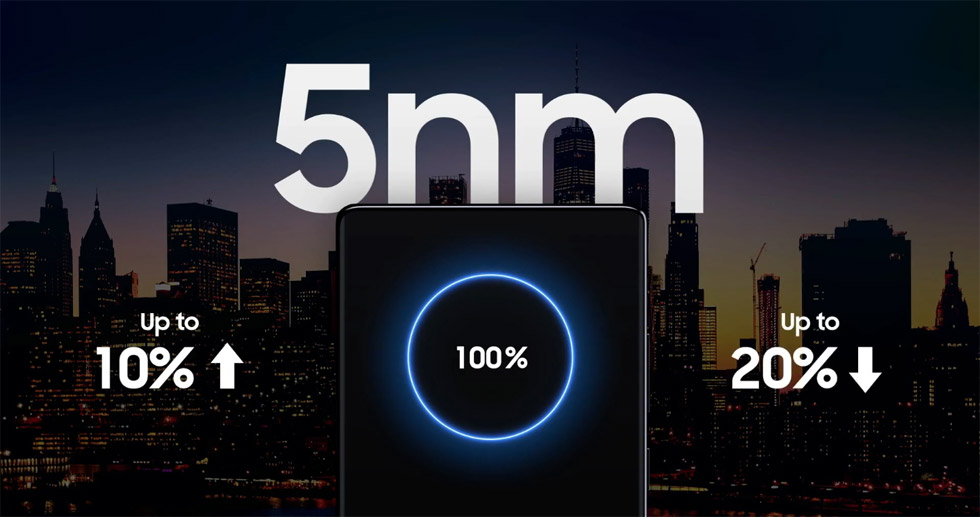 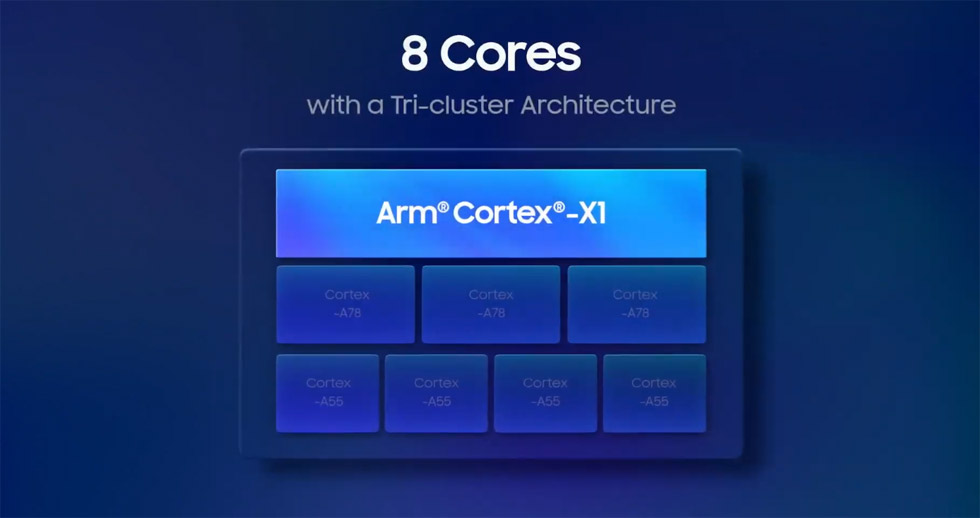 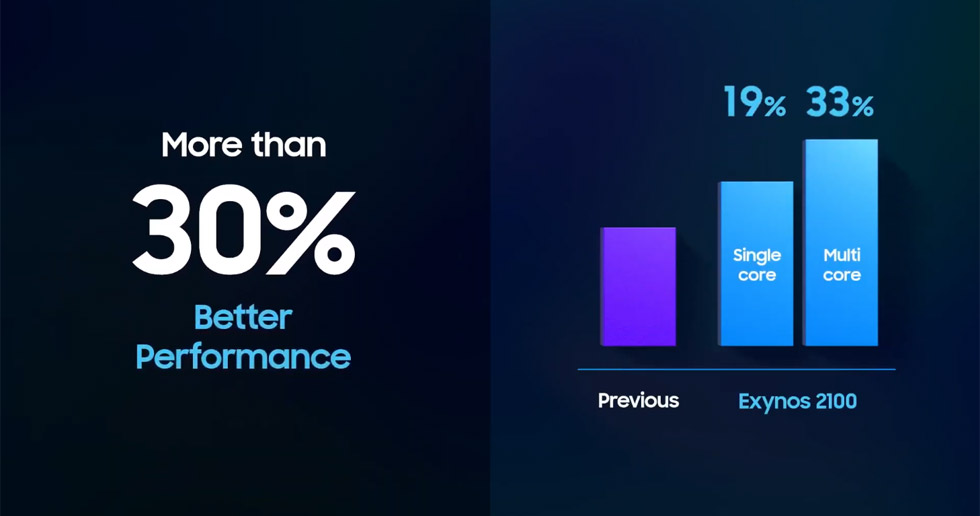 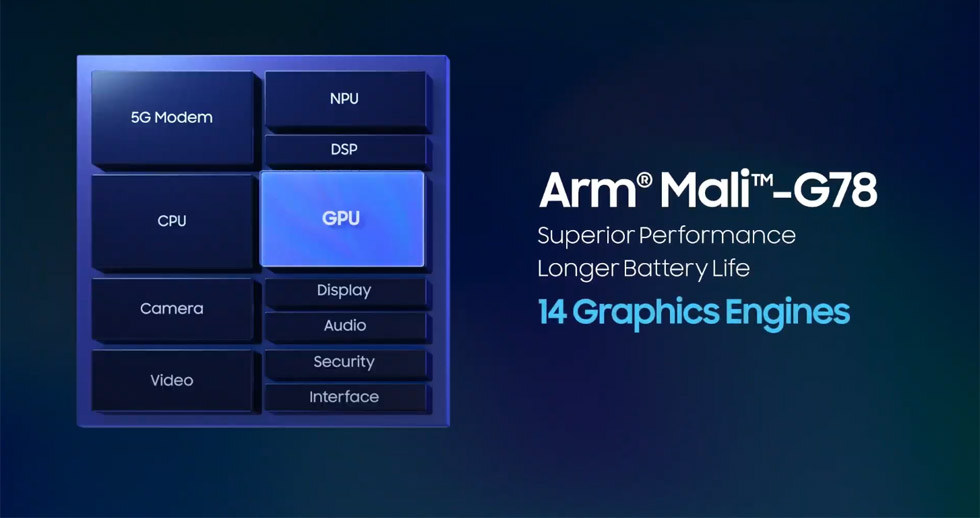 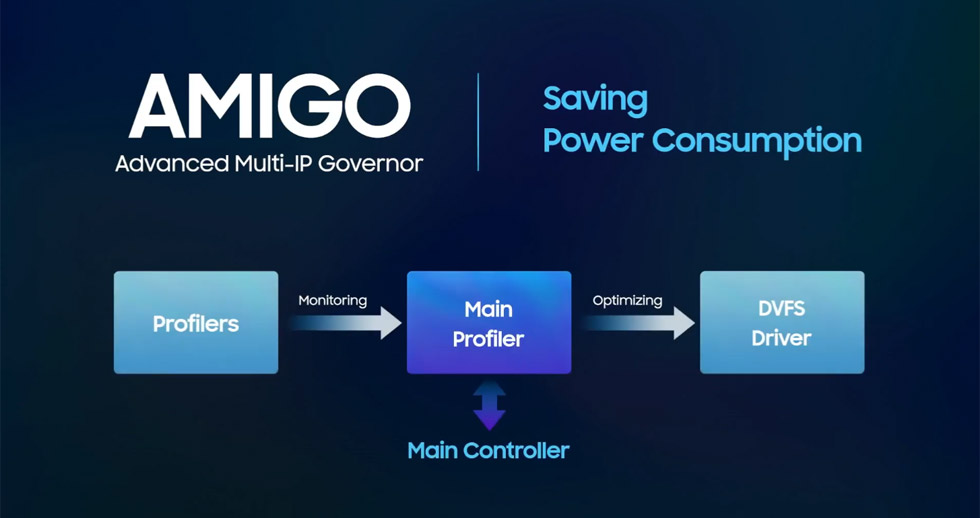 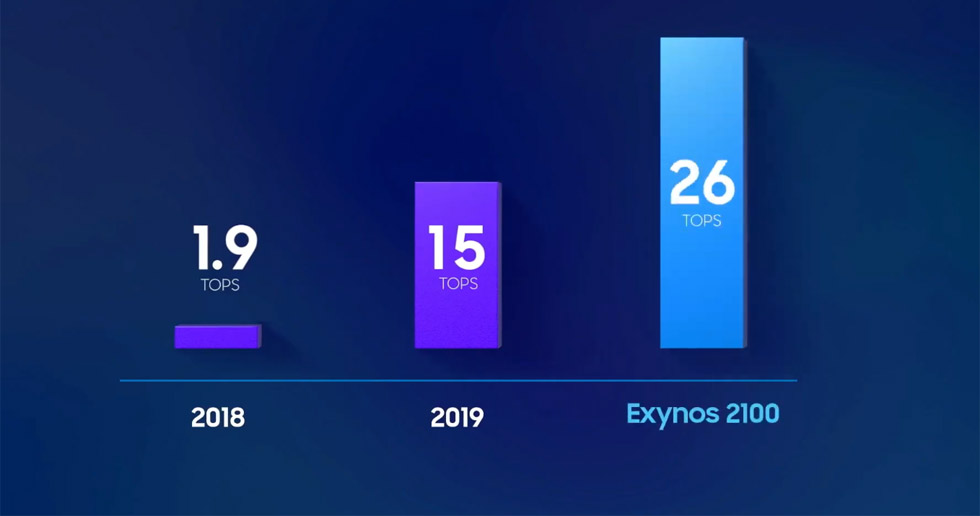 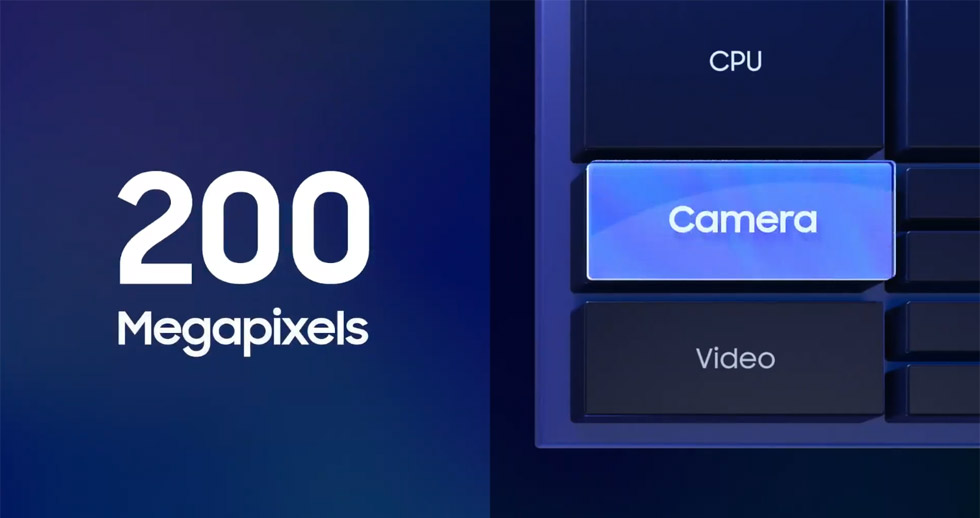 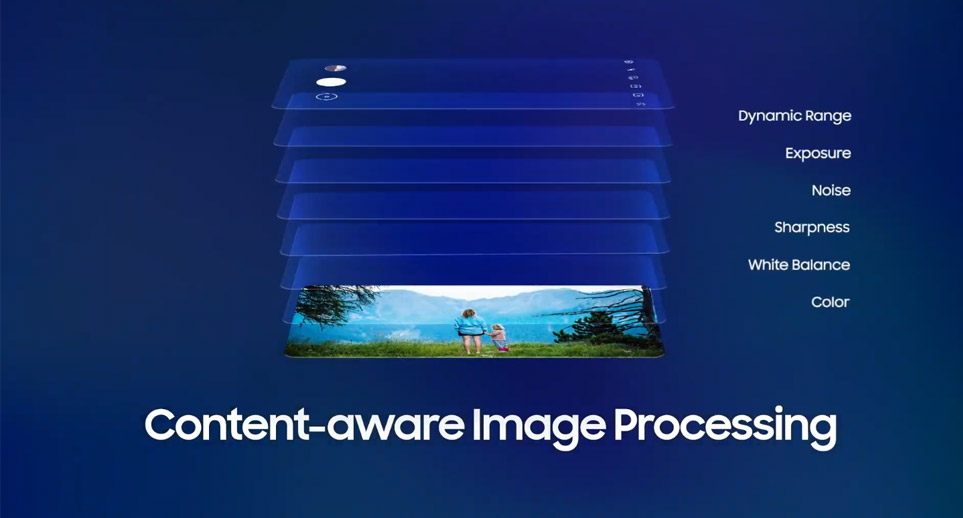 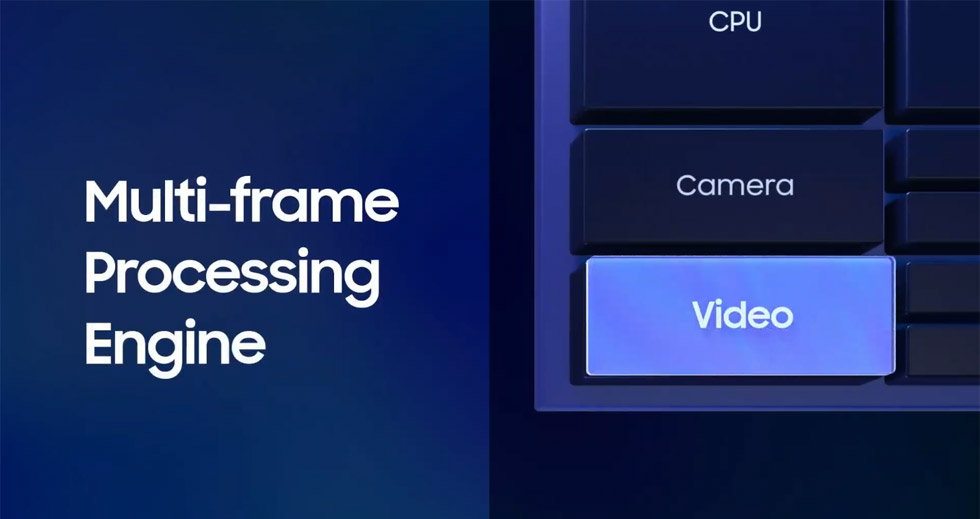 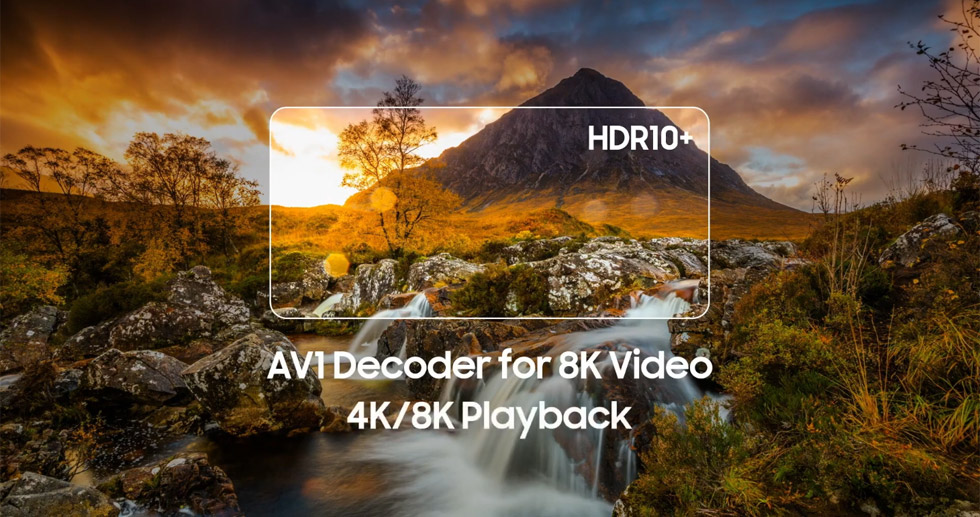 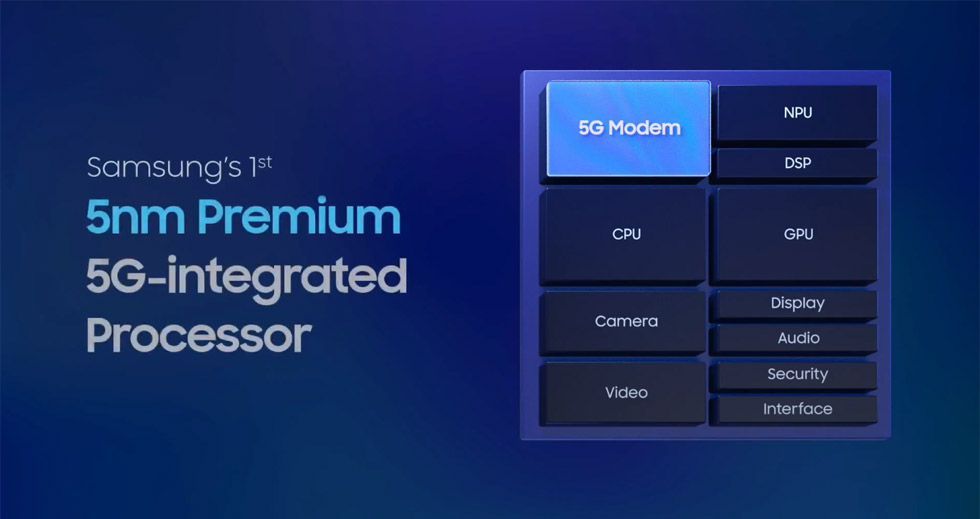 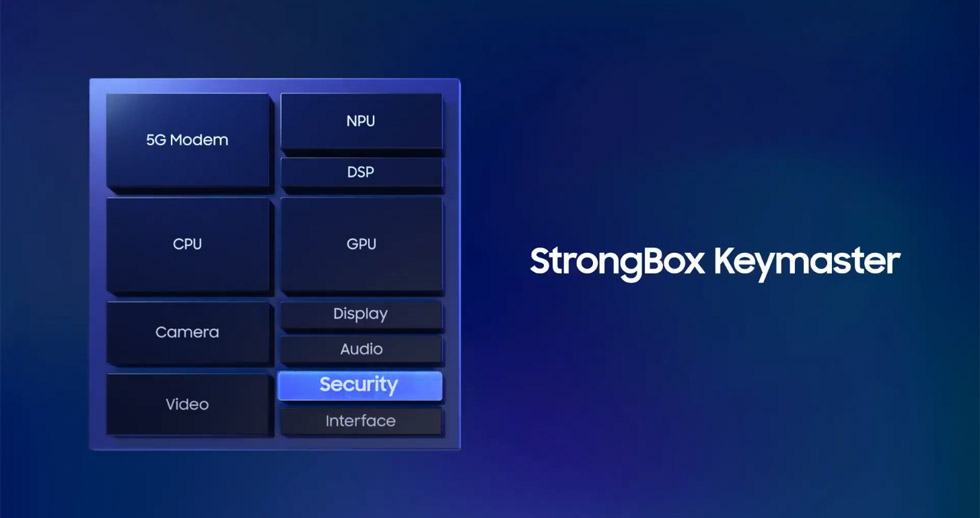 Qualcomm has announced its 2nd Gen ultrasonic fingerprint sensor dubbed 3D Sonic Max. The first generation was used in the Samsung Galaxy S10 and Galaxy S20 series of devices. Compared to it, the 2nd Gen sensor is 77% larger with an area of 64mm² (8 x 8 mm) form-factor. According to Qualcomm, this allows for the sensor to encompass 1.7x more biometric data which will ultimately lead to faster recognition and...

Samsung will unveil its next flagship Exynos chipset on January 12

A couple of days before unveiling the Galaxy S21 series, Samsung will announce its next flagship Exynos chipset. The event will be held online on January 12. The new SoC - Samsung Exynos 2100 (tentative name) is said to have a top 2.9 GHz core, three 2.8 GHz CPU cores, and four 2.4 GHz cores. It will power the Galaxy S21 series in select markets worldwide. The flagship smartphone series includes the following...

Samsung Galaxy Unpacked 2021 - when and how to watch it online

The Samsung Galaxy Unpacked 2021, during which the Korean giant will unveil the Galaxy S21 series of smartphones, will be broadcast on Samsung.com at 10 am EST on January 14, 2021.

ETNews reports that Samsung will launch four new foldable smartphones in the second half of 2021. More specifically, it is expected that Samsung will release two Galaxy Z Fold 3 models (tentative name) and two Galaxy Z Flip 2 models (tentative name). It is expected that Samsung's foldable smartphone will replace the Note series as flagships for the second half of the year. The Galaxy S21 Ultra for the first half of...

Samsung has announced the first smartphone from its new F series designed and manufactured in India for the Indian market. The Samsung Galaxy F41 is almost a twin of the Samsung Galaxy M31. The differences between the two are minor - the F41 has three cameras, instead of four (the macro unit is omitted) and is available in three colors. It is also cheaper than the M31. All the rest is the same. The Samsung Galaxy...

Samsung announced a partnership with Flipkart to launch the Galaxy F Series in India. Built on Flipkart's deep consumer understanding and Samsung's innovation prowess, the collaboration between the two companies will bring consumer delight during the festive season and the much-awaited Big Billion Days. The Galaxy F Series is targeted at young people for whom a smartphone has become an absolute necessity during this...

Samsung has announced the Galaxy S20 FE 5G and Galaxy S20 FE LTE. For the most part, the two devices are identical. The main differences are two - one offers dual-mode 5G support and is based on the Snapdragon 865 chipset. The other is 4G/LTE only and is based the Exynos 990 chipset. No matter whether you choose a 4G or a 5G version of the model, you get an aluminum alloy frame, plastic backplate, and a Corning...

Samsung Display has unveiled a foldable OLED display panel that has the smallest curvature (R) in the world. More specifically, this is the 1.4R curved display panel used on the Galaxy Z Fold2 5G. Furthermore, the UTG (Ultra-Thin Glass) on the display is helping to deliver a higher level of product excellence. In addition, Samsung's third foldable OLED panel features a resolution of 2208 x 1768 pixels and a 7.6-inch...