Doogee has announced a new smartphone from its rugged S series. The Doogee S99 Pro arrives with an air quality detector and dual 5G SIM support. Of course, it features 360-degree protection and is IP68 and IP69K rated for water and dust resistance. The device is based on a MediaTek Dimensity 1000 chipset paired with 8GB of RAM and 256GB of built-in storage.

Doogee did not unveil the exact launch date and price of the device, so stay tuned. 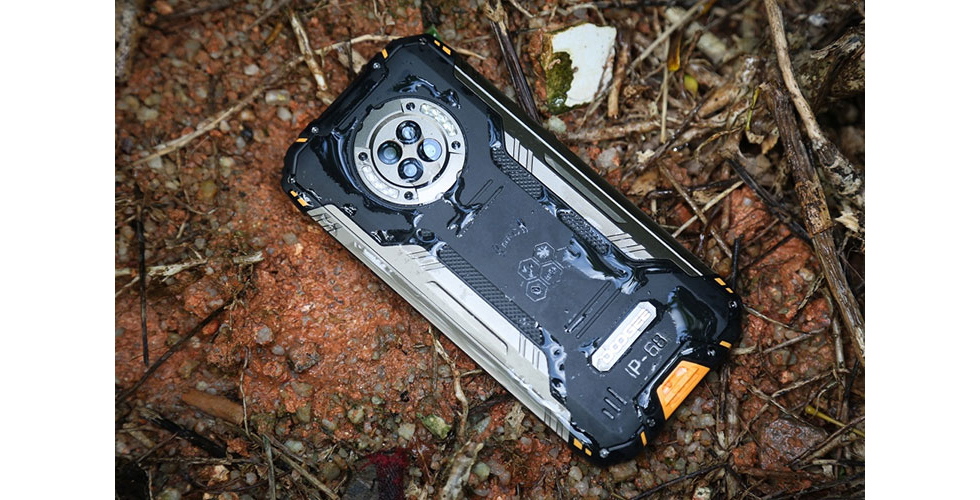 Doogee unveils the Y8 Plus with a 4000 mAh battery, Android 9 Pie

Doogee has announced the Y8 Plus - an affordable smartphone with a gradient coloured back. The three Neon Night gradient colours are blue, violet and all black. The handset features a 6.21-inch display and a 4000 mAh battery. Its performance relies on a 2GHz Helio A22 quad-core CPU coupled with 3GB of RAM and 32GB of storage. There's a 13MP+8MP camera setup on the back accompanied by a capacitive fingerprint sensor...

Doogee S90 is Doogee's first modular smartphone. The company has already launched the model with a Night Vision Camera, battery module, gaming pad and a digital Walkie Talkie module. Later in 2019, it will also introduce a 5G module. You can check out our extensive Doogee S90 review here, which includes the Night Vision Camera module and the battery module. Recently, Doogee has announced that it will also launch...

Doogee has announced that it will take part in the 2019 MWC in Barcelona that is due to start next week. Visitors of the show may enjoy the modular S90 smartphone which will be showcased there. This smartphone raised more than $354,000 pledged by 935 backers during the Kickstarter crowdfunding campaign from Jan. 15th to Feb. 14th. It is now available for purchase from major online retailers and there's a special...

In modern life, it is hard to believe that there could be situations in which your mobile phone won't work with traditional mobile network bands. But great outdoor enthusiasts and workers in special places know that such situations exist and the most reliable communication tool, in this case, is a walkie talkie. Doogee S90 offers you a practical solution bringing a ruggedized smartphone and a walkie-talkie module...

This morning Doogee has reported that in 24 hours the S90 has generated more than $120K on Kickstarter. Currently, there are only 42 units left for the super early bird price with which you can save $200. Free worldwide shipping is included in the discounted price. Doogee S90 is a ruggedized modular smartphone. It can work in 1.5 deep water for 2 weeks and can be bundled with five different modules: Night Vision...

Soon after the Y7 Plus, Doogee has released the Y8. The device can already be purchased from AliExpress for $69.99. For this money, you get a smartphone with a 6.1-inch LTPS HD+ display covered with a 2.5S curved glass and with a 3400 mAh battery paired with a 5V/1A charger. The model is based on a MediaTek MT6739 chipset with a 1.5GHz quad-core CPU paired with 3GB of RAM and 16GB of expandable storage. There's an...

The debut of the rugged and modular Doogee S90 on Kickstarter starts as of today. The page offers different variants for purchasing the smartphone alone or in a bundle with a choice of modules. The device itself can be obtained for $299 which is 34% off the retail price. There's a bundle including the smartphone, camera, power and walkie talkie modules, which is priced at $399 (41% off the retail price). The bundle...