Honor has announced on its Twitter page that the Honor 20 series will debut on May 21st. However, the exact date of the launch is hidden in an equation which has to be solved in order to get the right date. It goes like this: 444 + (4x4x4) + (4+4)/4 + 44/4. The end result is 521, so the date is May 21st. In addition to that, the teaser post hints at advanced camera capabilities and the equation itself hints at a quad-camera setup for the flagship model from the series - Honor 20 Pro, which will also pack a Kirin 980 chipset. At the same time, Honor 20 and Honor 20 Lite/20i will pack triple rear cameras and a Kirin 980 and a Kirin 710 chipset, respectively. 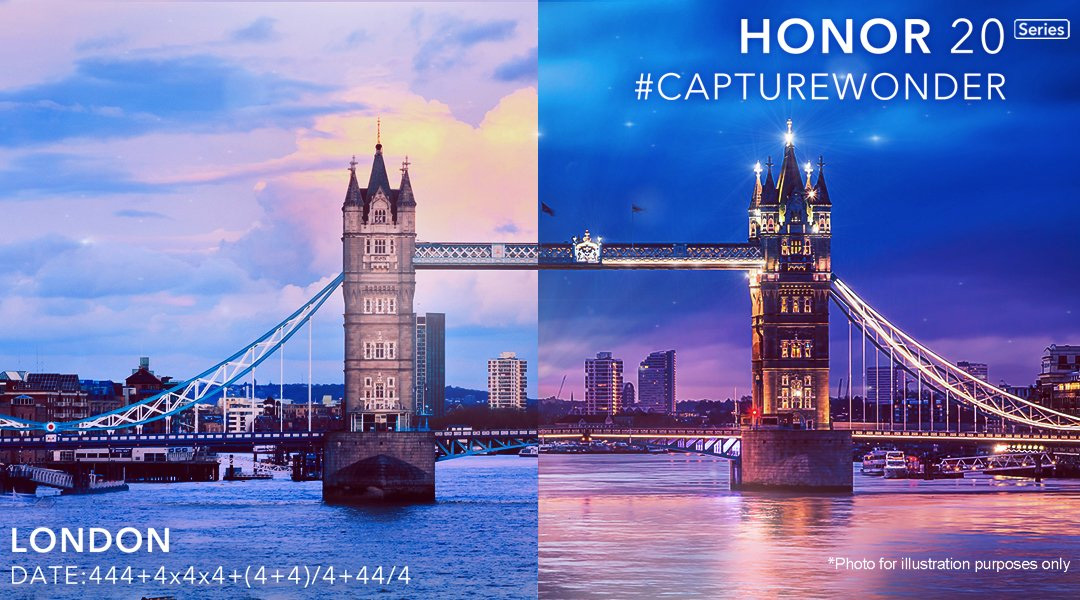