Infinix and Lazada have partnered to launch the Infinix Hot 9 in South East Asia. The handset features a plastic body available in four colors - black, cyan, violet and green. On the back, there are four cameras and a rear-mounted fingerprint sensor. The main shooter packs a 16MP sensor with an f/1.8 aperture and a 5-element lens. The other three shooters have 3-element lenses. Two of them have 2MP sensor and the one of the fourth camera remains unknown. On the front, there's an 8MP camera placed in a punch hole that's positioned in the top left corner of the IPS display. The latter has a 6.6-inch diagonal size and an HD+ resolution. Power is supplied by a 5000 mAh battery with a 10W charger and processing power depends on a Helio A25 chipset paired to 4GB of RAM and 128GB of eMMC 5.1 storage. The device will go on pre-order on March 27 priced at IDR 1,899,000 (USD 116). 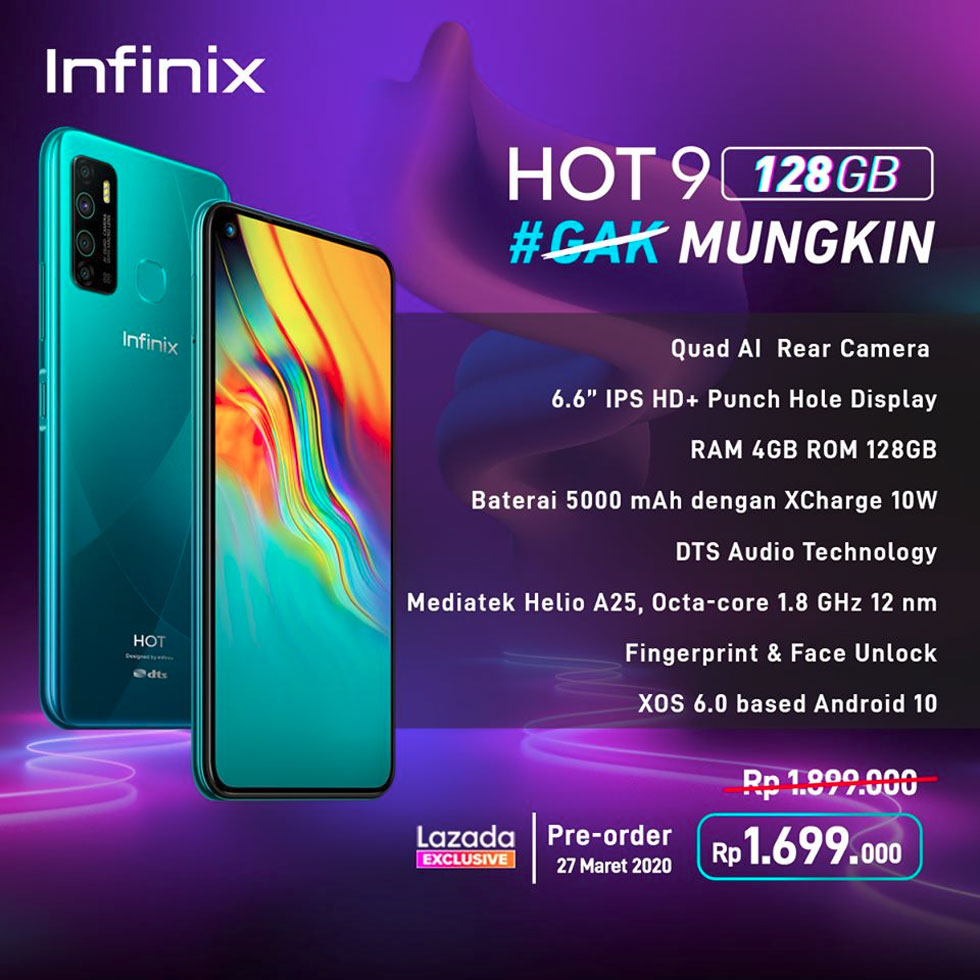