nubia Z40S Pro has been just unveiled as planned. Thanks to a number of previously released details, the smartphone doesn't offer any surprising details but it sure has a top-notch specs sheet. The 6.67-inch AMOLED display features extremely thin bezels - 0.96 mm on the sides and 1.46 mm on the top. It has an FHD+ resolution, a 144Hz refresh rate, and a 480Hz touch sampling rate. It has a 10-bit gray depth, 1000 nits of peak brightness, and covers 100% of the DCI-P3 color space. There's a centrally placed punch hole for the selfie camera.

On the back, there's a distinctively designed camera module. The main camera uses a big lens with a red circle around it. It employs a 64MP Sony IMX787 sensor with a 1/1/7" optical format and a 7-element lens with an f/1.6 aperture that supports full-frame (35 mm) photography, 4K @ 120 fps video recording, OIS, etc. To its right, there's a 50MP ultra-wide angle camera with a 14 mm focal length equivalent, OIS, and macro shooting capabilities. It can record 8K macro videos. The rectangular lens below the main one is the 8MP periscope telephoto camera with a 125 mm focal length equivalent and OIS. Finally, there's a flicker sensor in a ring of 6 LED flashlights. The camera department of the model is powered by the latest edition of nubia's NeoVision technology.

The nubia Z40S Pro is based on a Snapdragon 8+ Gen 1 chipset with 8GB/12GB/18GB of LPDDR5 RAM and 128GB/256GB/512GB/1TB of UFS 3.1 storage. There's a cooling system with a vapor chamber, graphene sheet, and a thermal paste with highly thermo-conductive synthetic diamonds. In terms of battery, the Z40S Pro has two versions. One is with a 5000 mAh battery with 80W charging - nubia Z40S Pro 80W. The other is with a 4600 mAh battery and 120W fast charging - nubia Z40S Pro 120W. The model retains its stereo speakers with DTS:X certification.

The nubia Z40S Pro is available in Magic Green, Night Sea, and Spirit Cage colors. The latter has a design that draws inspiration from the outfit of gaming smartphones and the Chinese anime "Spirit Cage". Respectively, its UI, box design, and accessories are also corresponding with the theme. Moreover, this smartphone is only 8.05 mm thin (the 5000 mAh version) which makes it the thinnest smartphone with such a battery and respective display size.

The nubia Z40S Pro is priced as follows: 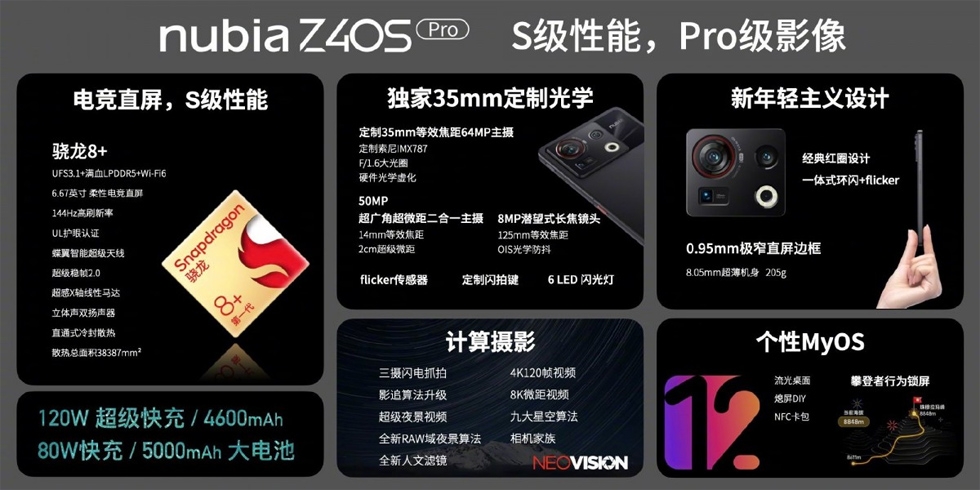 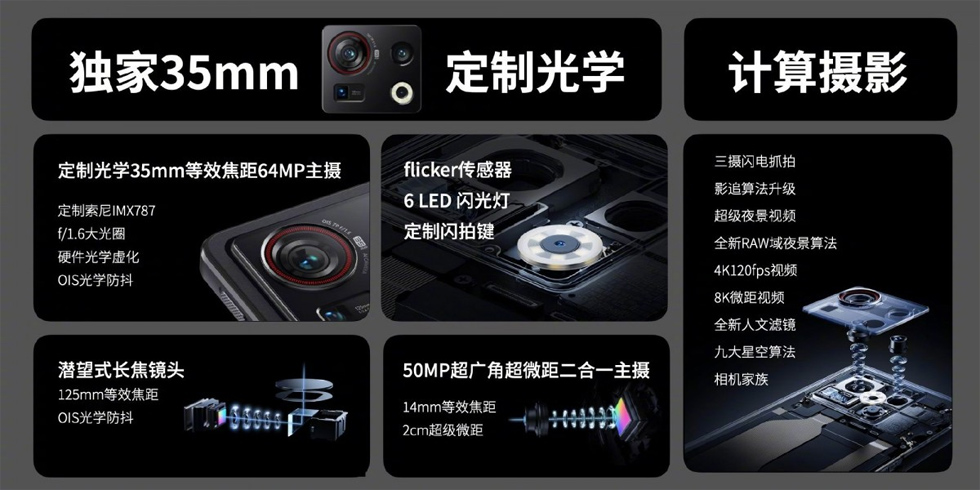