The nubia Red Magic 7S Pro is built around a 6.8-inch AMOLED display with a resolution of 1080 x 2400 pixels. The screen has a 10-bit color bit depth and covers 100% of the DCI-P3 color space. The brightness is listed as 700 nits. The refresh rate is 120Hz and the touch sampling rate is 960Hz. This model features a 16MP under-display front camera and in order to achieve maximum transparency, the display uses wave-shaped wiring and has a tripod pixel arrangement. Power is supplied by a 5000 mAh battery with 135W fast charging support and a 165W Gallium Nitride charger in the box. The camera department includes a 64MP main rear shooter, an 8MP ultra-wide unit, and a 2MP macro lens.

The nubia Red Magic 7S has a 6.8-inch FHD+ AMOLED display clocked at 165Hz and with a 720Hz touch sampling rate. The brightness is slightly lower measuring 600 nits. 10-bit color bit depth and 100% DCI-P3 coverage are also part of its characteristics. The battery's capacity is slightly decreased to 4500 mAh and the ultra-fast charging measures 120W, again with a 165W Gallium Nitride charger in the box. The rear camera department is also the same.

The Red Magic 7S Pro has a black and white Deuterium transparent version and is priced as follows: The Bumblebee Limited Edition is available in 16GB+512GB variant only and costs CNY 6499.

nubia Red Magic 7S is available in Dark Knight and Deuterium Blade Transparent Edition, and is priced as follows: 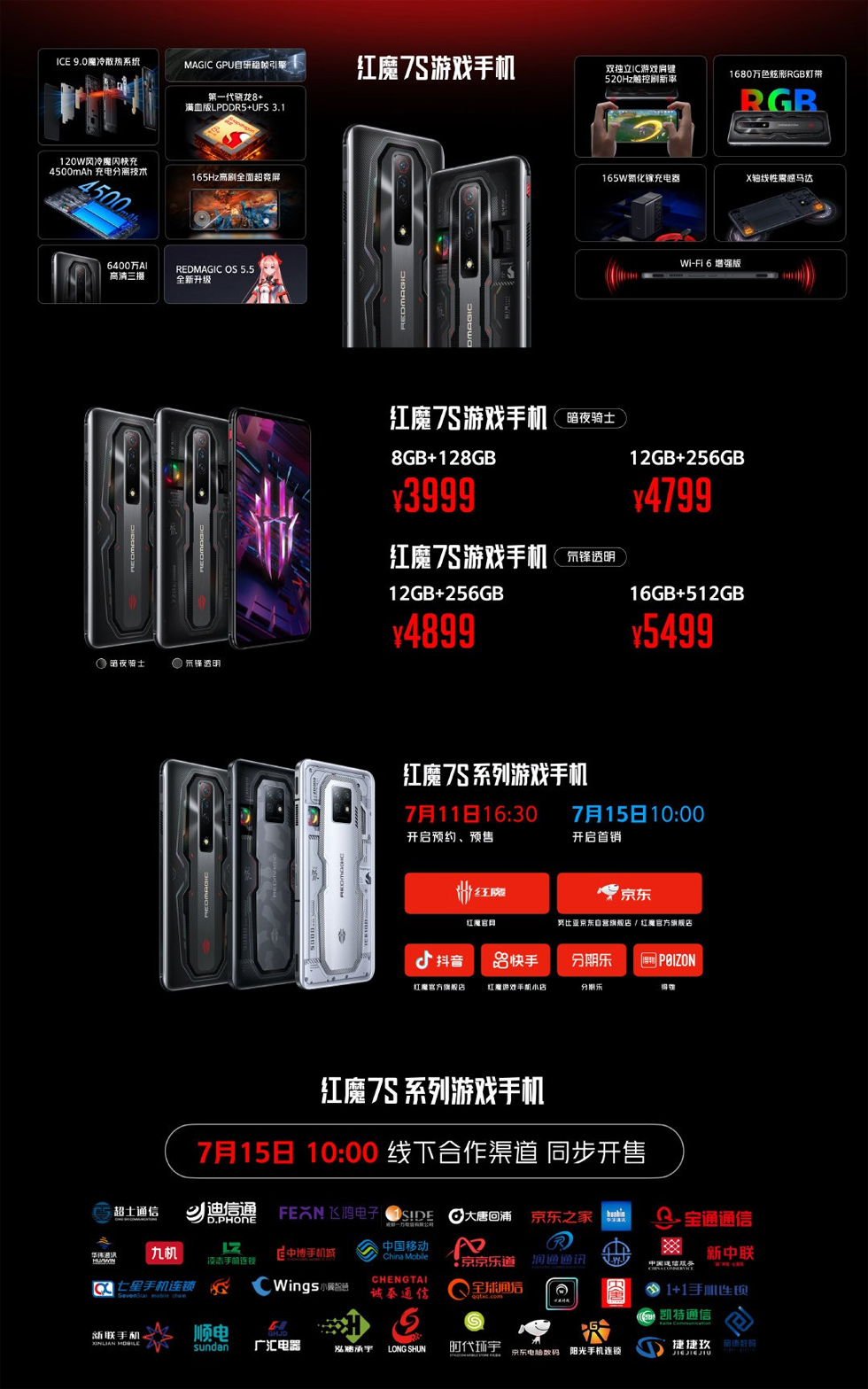