The LG Wing 5G is finally official. It sports a unique so far design featuring two displays with the second being available after you pivot at 90 degrees the upper one clockwise. It is the first device from the LG Explorer Project and embodies the project's aim to create new and distinct, yet practical innovations. Whether watching a video and texting with friends on the couch or following directions with music controls and a phone call, the LG Wing 5G proves handy and intuitive in unlimited situations.

When the main 6.8-inch OLED FullVision edge-to-edge display is pivoted, the phone enters what LG calls Swivel Mode unveiling the 3.9-inch second OLED screen. In Swivel Mode, certain apps can be expanded to both screens or two apps can be displayed simultaneously - one on each display. Switching between Swivel Mode and Basic Mode is virtually seamless and offers the flexibility of more screen real estate when you want it. For easier multitasking and extra convenience, the Multi App feature lets you create shortcuts for pairs of apps you typically use together. In video apps optimized for its unique form factor, LG Wing's Second Screen acts as a media controller, with the ability to change video and sound settings.

The LG Wing 5G features three rear cameras - a 64MP main shooter, a 12MP ultra-wide big-pixel camera, and a second ultra-wide unit with a 13MP sensor. The Gimbal Motion Camera, the world's first in a smartphone, turns LG Wing's Second Screen into a convenient grip, providing the stability needed to capture clearer shots and smooth video footage with one hand. LG WING also offers functions typically found only on a real gimbal – a joystick function for controlling the camera angle, a lock mode to reduce shakes and blurring, a follow mode for smoother videos when moving, pan follow for horizontal movement with minimal up and down shake, and first-person view mode for capturing rhythmic and dynamic movements.

The LG Wing 5G will be available in the United States beginning with Verizon, followed T-Mobile and other U.S. carriers. Specific pricing, availability, specs and color options will vary by network partner. 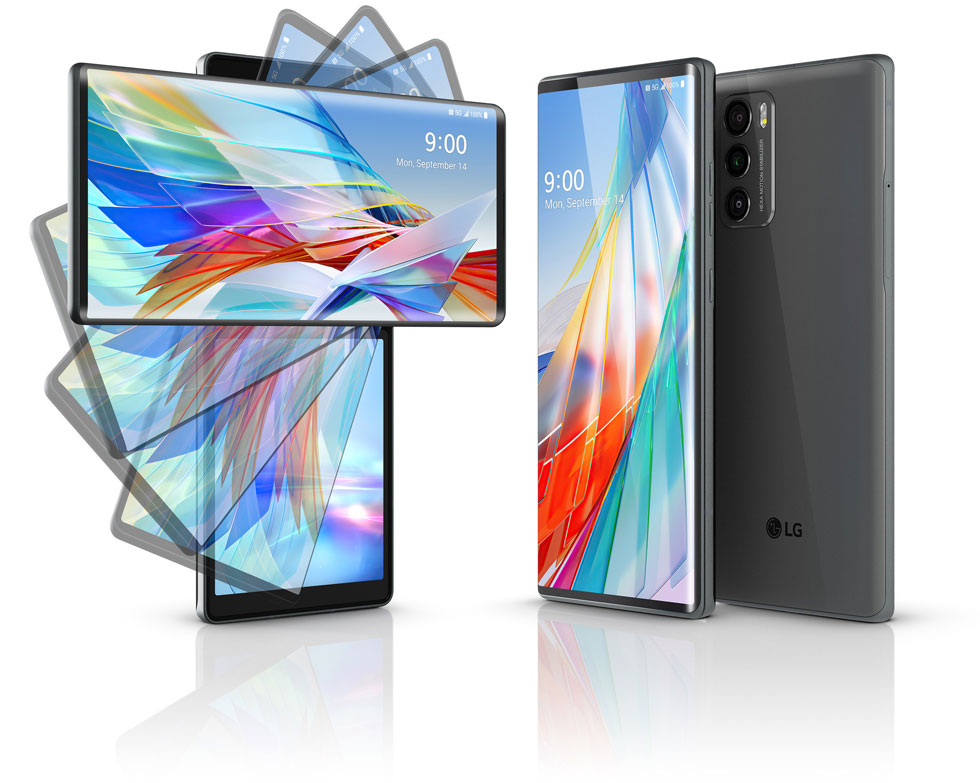 LG has recently announced the LG K42 and the LG K71. Today it added the LG K62 and LG K52 to its K series of affordable smartphones. They will be available starting next month in Europe followed by key markets in Asia, Latin America and the Middle East. The LG K62 and LG K52 are almost identical in terms of footpring and hardware specifications. Both smartphones boast 6.6-inch HD+ FullVision displays in 20:9 aspect...

The LG K71 with a stylus and LG K42 go official

LG has launched two affordable smartphones from its K series in Latin America. The LG K71 arrives with a stylus and a big 6.8-inch IPS display with an FHD+ resolution (1080 x 2460). The waterdrop notch houses a 32MP shooter for selfies. On the back, there's a horizontally placed triple-camera module headed by a 48MP camera adjoined by a 5MP macro lens and a 5MP depth-sensing unit. Below it, there's a fingerprint...

LG ha released in South Korea one of the cheapest smartphones this year. The factory price of the LG Q31 is 209,000 won or USD 178. The model has a 5.7-inch IPS HD+ display with a U notch that houses a 5MP selfie camera. On the back, there's a 13MP primary shooter adjoined by a 5MP wide-angle lens. Power is supplied by a 3000 mAh battery. The onboard RAM and storage measure 3GB and 32GB, respectively. The built-in...

LG Wing will be powered by a Snapdragon 765G chipset, will be unveiled on September 14th

Korean media report that the LG Wing will be based on a Snapdragon 765G chipset. The smartphone is expected to be announced on September 14th. It will have two displays - an OLED one and an LCD one. When the first is rotated 90 degrees, the second one is revealed. In addition, the smartphone will have a pop-up camera for selfies and three rear shooters.

Today ZTE launched the world's first smartphone with an under-display camera - ZTE Axon 20 5G. The company has overcome numerous technical challenges during the research and development of its technology, including challenges in the special materials, dual-control chips, unique driver circuits, the special pixel matrix, and the in-house selfie algorithm. To balance the performance of the display and the front...

The LG G92 is an affordable 5G smartphone that will set you back only EUR 360. It features a 6.67-inch FHD+ display and a 4000 mAh battery with 15W fast charging. The handset is IP68 certified for water and dust resistance and has passed the military standard of the US Department of Defense for excellent durability. It can survive low or high temperatures, humidity, vibration, and drops. The smartphone is equipped...