The Realme V5 packs a Dimensity 720 chipset with 6GB or 8GB of RAM and 128GB of built-in memory. It has a 6.5-inch FHD+ display and a side-mounted fingerprint sensor. There are four rear cameras headed by a 48MP shooter. Complete information will be unveiled on August 3rd.

The Vivo S7 is known to pack a Snapdragon 765G chipset. It will be extremely thin and lightweight (170 g). The display will have a wide notch with two front shooters, the main one featuring a 44MP sensor. This smartphone is also due on August 3rd. 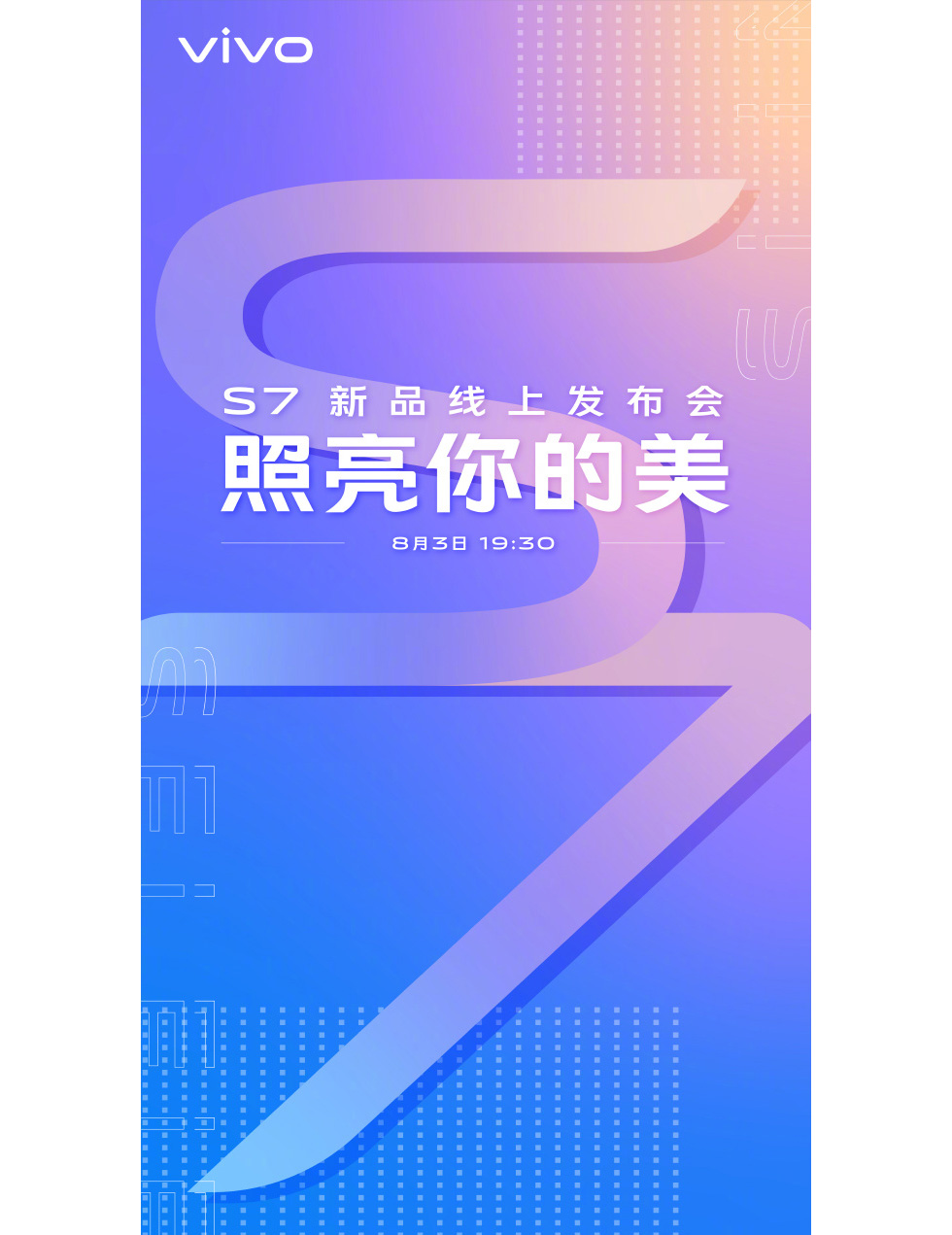 iQOO 5 will have a 120Hz curved AMOLED display, SD865 chipset, will be unveiled on August 17th

Vivo is ready to unveil the iQOO 5 on August 17th. It has already confirmed that the upcoming smartphone will pack a Snapdragon 865 chipset, LPDDR5 RAM, and UFS 3.1 type of storage. In terms of design, the new model is expected to offer an upgrade from a flat to a curved display. The iQOO 5 will sport a curved AMOLED display panel from Samsung with 120Hz refresh rate and an FHD+ resolution.

The Vivo Y51s is now official in China. This is a slightly downgraded version of the Vivo Y70s. The downgrade is in the camera department, all other secifications are identical. The Vivo Y51s is built around a 6.53-inch IPS display with a resolution of 1080 x 2340 pixels and a static contrast ratio of 1500:1. The device is powered by a 4500 mAh battery with 18W fast charging support. Under the plastic hood, an...