Doogee has unveiled the Doogee S86 Pro - this is the Doogee S86 with more RAM - 8GB instead of 6GB, and an infrared thermometer replacing the macro camera on the back panel. All the rest is the same, including the 6.09-inch IPS display with an HD+ resolution (720 x 1560), Corning Gorilla Glass, and glove mode support. The old and reliable Helio P60 chipset ticks under the hood. There are 128 GB of storage on board with the option to expand it with a microSD card. The camera department includes a 16MP main shooter with an f/2.0 aperture, an 8MP ultra-wide-angle snapper with a 130-degree FoV, a 2MP depth-sensing unit and a quad-LED flash. The front features an 8MP camera for selfies. There's a 8500 mAh battery powering the Doogee S86 Pro with 22.5W fast charging. The model runs on Android 10 and supports dual-band Wi-Fi 802.11ac, NFC, Bluetooth 5.0. It has a USB Type-C port with OTG and a side-mounted fingerprint sensor. Of course, the smartphone has an IP68, IP69K, and MIL-STD-810G certification. 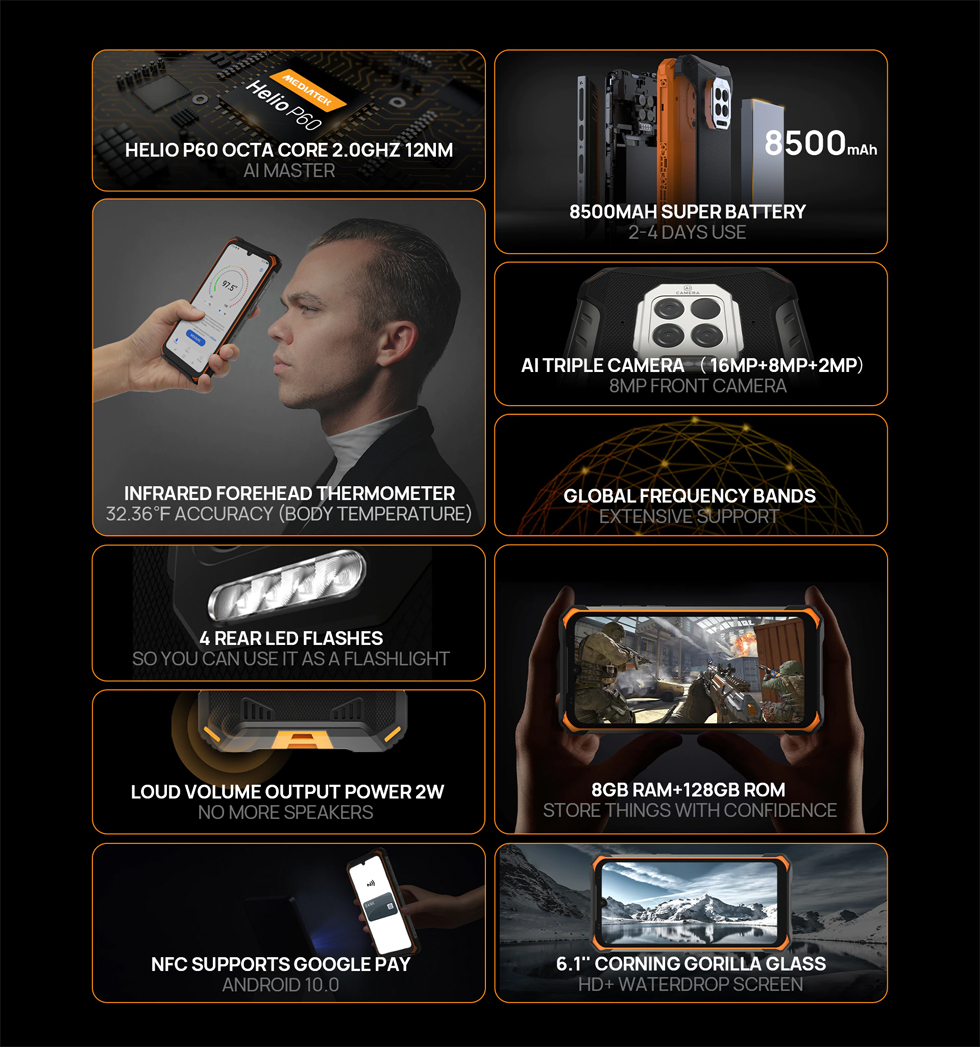