The UMIDIGI F3 5G has been unveiled with a listing on AliExpress, where the smartphone is priced at USD 436. We expect this price to be reduced significantly upon the actual market launch on August 22. The new device is almost entirely identical to the vanilla UMIDIGI F3 which was unveiled three months ago. The only difference between the two is the chipset. The Older model is based on a Helio P70 one, while the new model is based on a Dimensity 700 one. The new chipset ensures improved connectivity including dual-SIM 5G support and Bluetooth 5.1. The F3 5G is available in slightly different colors called Matte Silver, Starry Black, and Sunglow Gold. 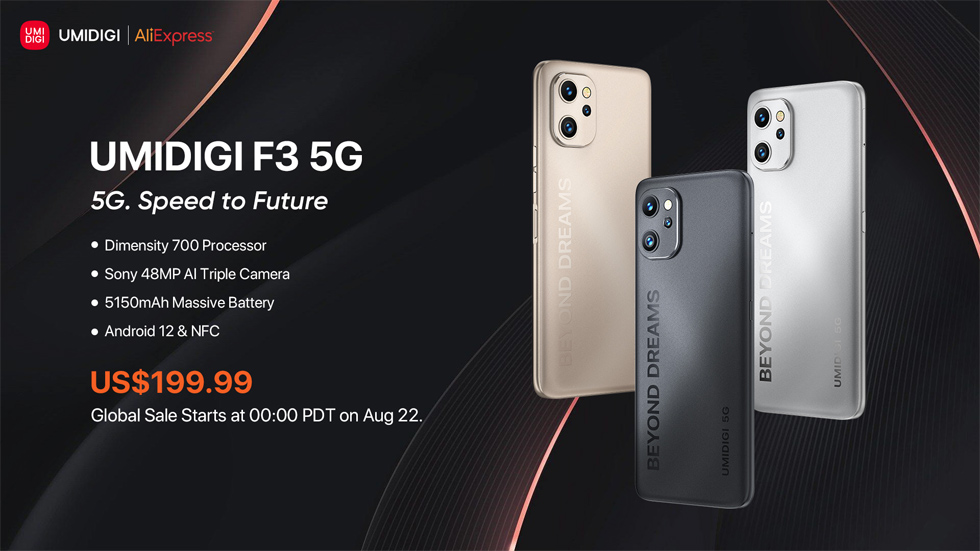 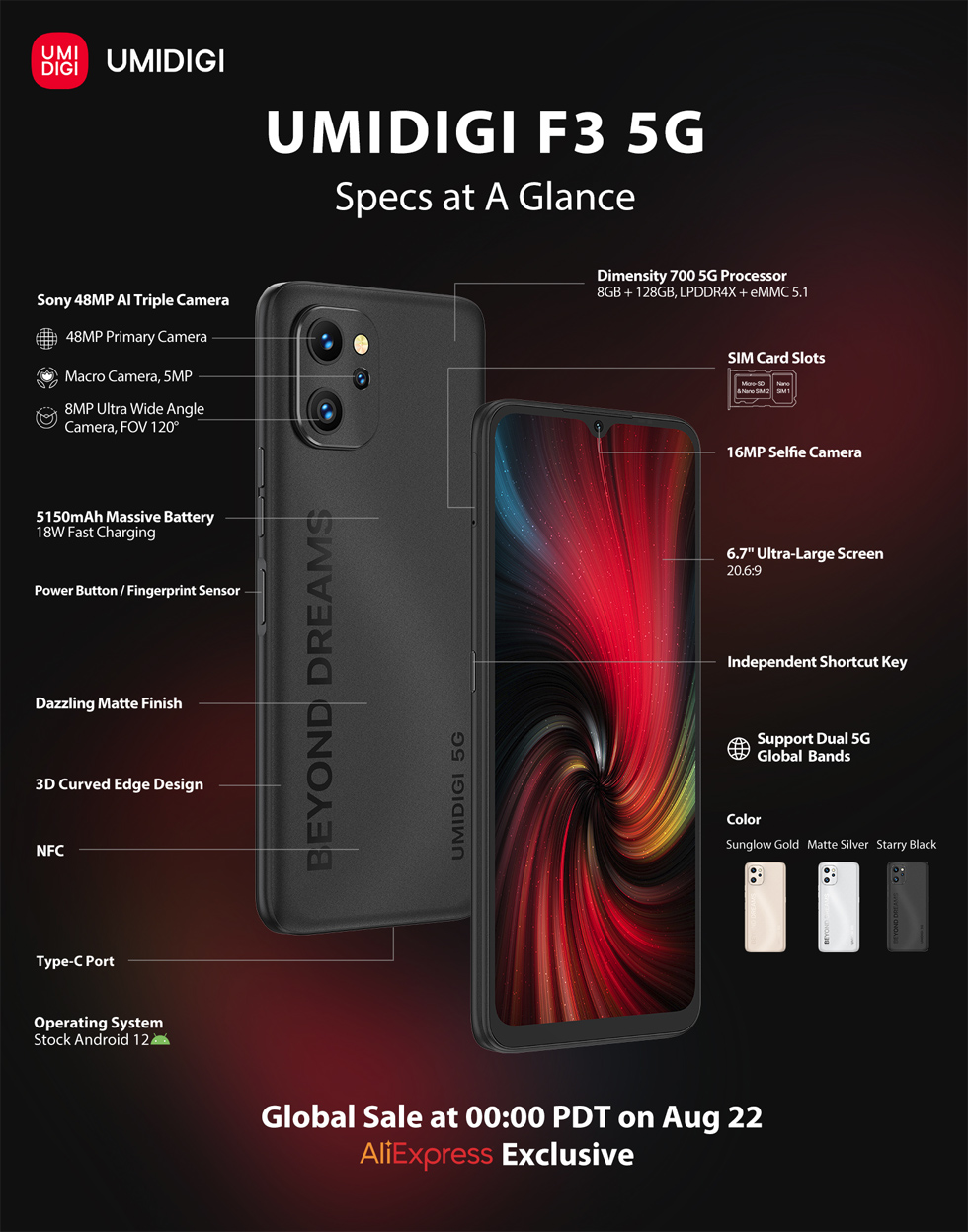 With the market launch of the Power 7 Max UMIDIGI has unveiled the other two devices from the series - the UMIDIGI Power 7 and the UMIDIGI Power 7S. In a similar fashion to the Power 7 Max, the vanilla Power 7 features a 10000 mAh battery but with slower charging - 10W. It also has the same 6.7-inch HD+ display and the same chipset - Unisoc. However, the RAM is decreased to 4GB LPDDR4X. The camera department of the...

The UMIDIGI Power 7 Max is from the brand's Power series known to boast large-size batteries. This one is no exception as it packs a 10000 mAh unit supporting 18W fast charging. In all else, the Power 7 Max resembles the UMIDIGI A13 Pro. They both have a 6.7-inch HD+ display with a V-cut for the 16MP selfie camera as well as three rear shooters headed by a 48MP primary one with an 8MP ultra-wide unit and a 5MP macro...

UMIDIGI will launch the A13 series on March 15, comprising at least three models. The first is the UMIDIGI A13 Pro which will have a 6.7-inch HD+ display with a V-cut for the 16MP selfie camera as well as three rear shooters headed by a 48MP primary one with 8MP and 5MP lenses. A 5150 mAh battery will power the device. Moreover, the model will be based on a Unisoc T610 chipset. There will also be a 5G model based on...

Without any formal announcement and even an official listing on the UMIDIGI website, the UMIDIGI Power 3 has been listed for pre-sale on AliExpress. The latest model from the Power series packs a 6150 mAh battery with MediaTek Pump Express Plus 3.0 support. It is paired to an 18W fast charger. The device is based on a Helio P60 chipset with 4GB of RAM and 64GB of storage. It supports dual-band Wi-Fi, Bluetooth 5...