Steve H.McFly from OnLeaks said on Twitter that the upcoming Honor 30 series will arrive with the new Kirin 985 chipset. It will support the 50MP custom Sony IMX7XX sensor with 2.42-micron pixel after 4-in-1 pixel binning. According to him, the devices will also arrive with a 12MP ultra-wide camera and an 8MP telephoto snapper with 3x optical zoom. Having in mind the Honor 30 series and the Nova 7 series will be quite close, we expect that the Honor 30 and the Nova 7 will be the ones that use the Kirin 985 and the their Pro versions will use the Kirin 990 5G chipset. 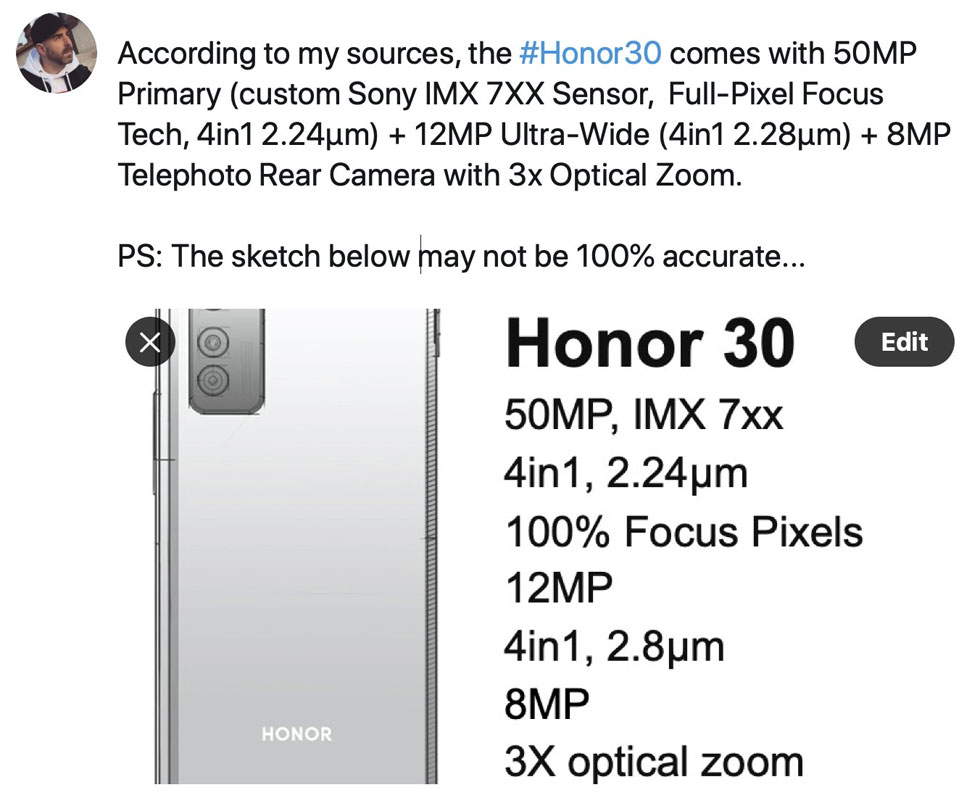 I just heard #Kirin985 which will allow the use of the largest image sensor of the mobile industry (see previous Tweet) will likely be unveiled on April 15th and power at least one of the upcoming #Honor30 Series model... pic.twitter.com/LwzTd6qYhW

Huawei has released in China a new smartphone from the nova 7 sereis. The Huawei nova 7 SE 5G Lohas Edition (translated literally as nova 7 SE 5G Live Edition) is the same as the other nova 7 SE models but with one major difference - it is based on a Kirin 820E 5G chipset with a 2.2GHz six-core CPU and a Mali-G57 GPU. It is paired to 8GB of LPDDR4X RAM and 128GB of UFS 2.1 storage that can be expanded with up to...

Huawei has just announced the Nova 8 Pro and the Nova 8 Pro in China. Both models are based on a Kirin 985 chipset, support 66W super-fast charging, and run on Android 11-based EMUI 11 with Huawei Mobile Services. Let's begin with the more interesting of the two. The Huawei Nova 8 Pro has a 6.72-inch OLED display with an FHD+ resolution and a 120Hz refresh rate. The display features a super-curved edge at 80 degrees...