Asus is all prepped up for a March 9 launch of the Asus ROG Phone 5. The company has published a countdown page for the event on the Asus ROG website. There's not much preliminary information about the device. It is expected to offer a 6.8-inch AMOLED display which will be complemented by an auxiliary screen - a much smaller unit on the back of the handset for gaming effects and quick access to notifications. Most probably, the Asus ROG Phone 5 will support 65W fast charging. In terms of design, it shouldn't change much as Asus already has created a distinctive ROG appearance for all of its products under this gaming brand. 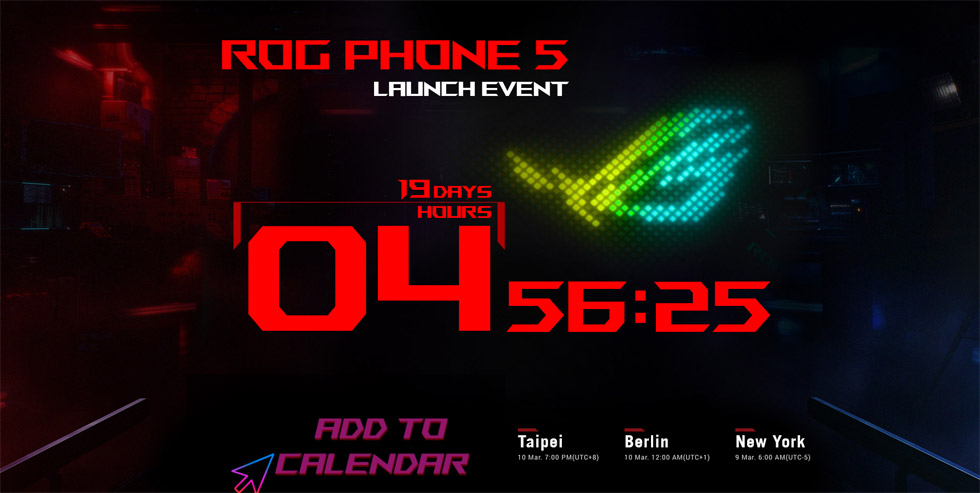 The Asus ROG Phone II has been listed on TENAA with two model codes - ASUS_I001DA and ASUS_I001DB. Hence, the main specs are completely revealed. The smartphone has a hefty weight of 240 g and seems quite thick at 9.78 mm depth. It is 170.99 mm high and 77.6 mm wide, which means it will be bulky. The front is occupied by a 6.59-inch OLED display with an FHD+ resolution and a 120Hz refresh rate. It is complemented by...

ROG Phone 2 with Snapdragon 855 Plus appears on Geekbench

The ROG Phone 2 by Asus is the first smartphone to get the new Snapdragon 855 Plus. It has now appeared on Geekbench codenamed ASUS_I001DC. Its single-core score is 3616 points and the multi-core score is 11103 points. The version in question has 12GB of RAM as well. Compared to the OnePlus 7 Pro and the Xiaomi Mi 9 which are equipped with a Snapdragon 855 chipset, the performance is almost the same. The Mi 9 has...