I purchased 2 of these for my wife and I to connect to Net10 Wireless service through AT&T. Net10 is a great service and I haven't had a single issue with them in the 5 months we've been using them. The phone however is a piece of junk. The phone comes in a nice box and includes a screen protector and a flexible shell case. Both interfere with the touch responsiveness. I experimented for a week with everything on, then with the screen protector off, and finally with the case off. It is better without the case and protector, but not by much. You can adjust the sensitivity/responsiveness of the touch screen but in both extremes and adjusting little by little I could never get either phone to respond better to touch. I contacted best buy who then passed me on to BLU support, which, sad to say, is completely worthless. They couldn't understand what I was telling them through e-mail or over the phone. They kept having me wipe the phone and set it up again. (after the 5th time doing it, I started flat out refusing to) after 3 weeks of bugging them, they finally agreed to replace the phone, but wanted me to send it to them and wait up to 2 weeks to get a replacement. They are supposedly based out of Florida, and even after offering to have them fedex it out to me on my dime, they still could only guarantee it by 2 weeks. I basically gave up and they were fine with that and haven't heard from them since that time. We decided to suffer through the phones for a bit but then switched them out for Samsung Galaxy phones. I wanted so badly to like BLU, and was even rooting for them, but in the end, even if their more expensive phones are more responsive, I doubt I'll ever give them another try.

This telephone is total crap! I had to repair it twice during its time of warranty and even now it switches off and restarts by itself. It is rubbish, don't waste your money on it. 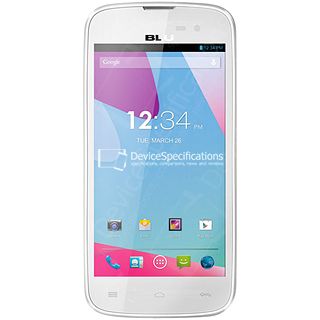