Yesterday, Qualcomm unveiled the Snapdragon 855+ with its prime CPU core and GPU overclocked compared to the Snapdragon 855. Today, MediaTek teased on Weibo the Helio G90. G stands for "gaming" and the slogan on the poster reads "Game core, war power awakening". However, specific data such as CPU and/or GPU clock rates, chipset architecture is not unveiled. MediaTek will hold a press conference in Shanghai at the end of this month to officially release its first gaming chipset.

Currently, the flagship SoC of MediaTek is the Helio P90 based on the 12nm process node. It has an octa-core CPU with 2x 2.2GHz Cortex A75 cores and 6x 2GHz Cortex A55 cores. The graphics department is managed by a 970MHz IMG 9XM-HP8 GPU (PowerVR gm9446) GPU, which is 50% faster performance than the tri-core Mali-G72 GPU used by the Helio P60 and Helio P70. 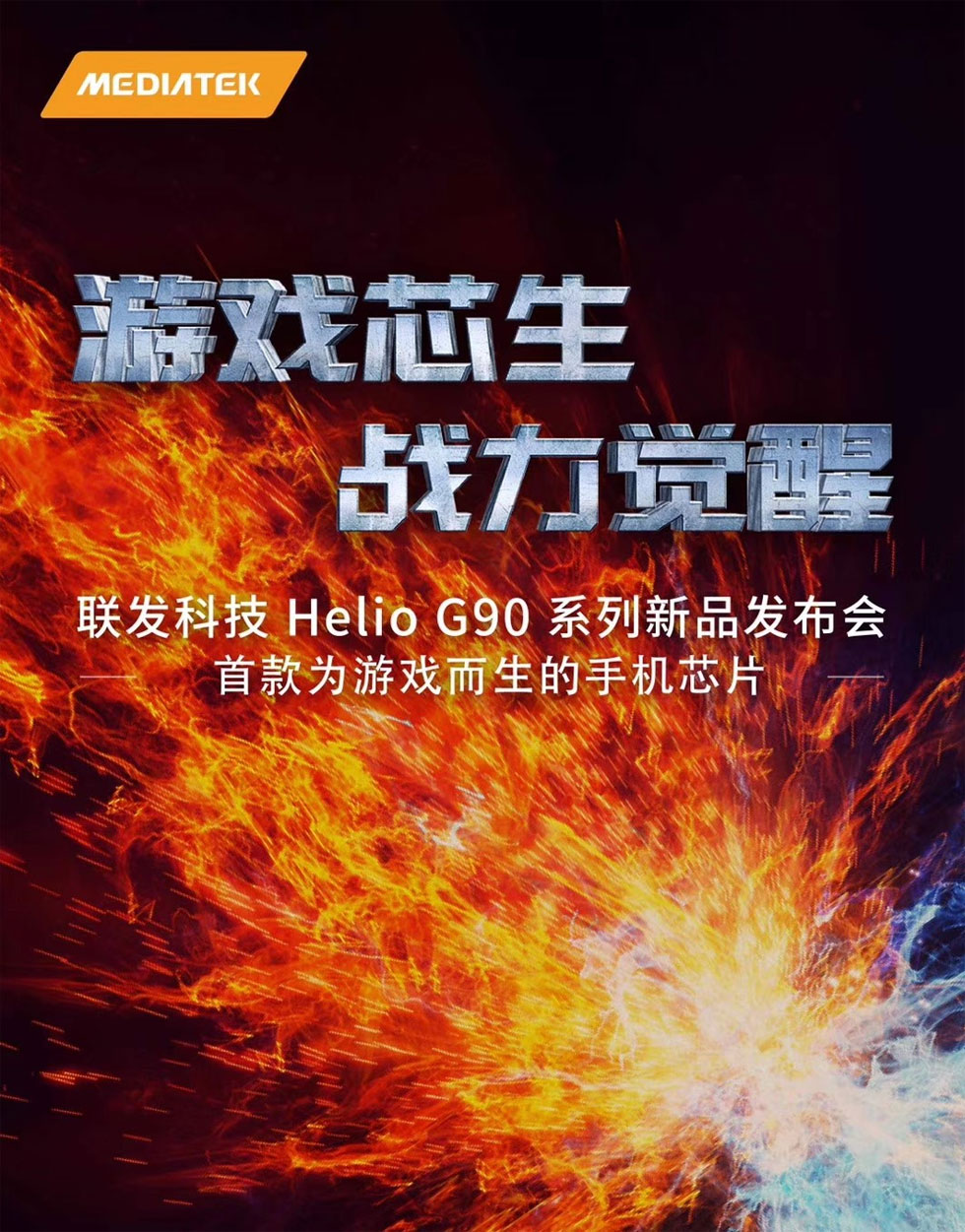