Gionee S11 has appeared on GFXBench, which reveals partially its specs. This model follows the Gionee S10, which was announced in May earlier this year and has two rear and two front cameras. According to the GFXBench listing, Gionee S11 will have a 6-inch display with an FHD+ resolution (1080 x 2160) and 4GB of RAM. It will be powered by the new MediaTek MT6763 chipset with a 2.3GHz octa-core CPU and a Mali-G71 GPU. The storage measures 64GB. The rear camera will pack a 16MP sensor, while the selfie snapper will be equipped with a 5MP sensor. However, it is expected that the model will have two rear and two front-facing shooters like its predecessors. The battery's capacity will measure 3500 mAh. Probably the device will see the light of day before the end of the year. 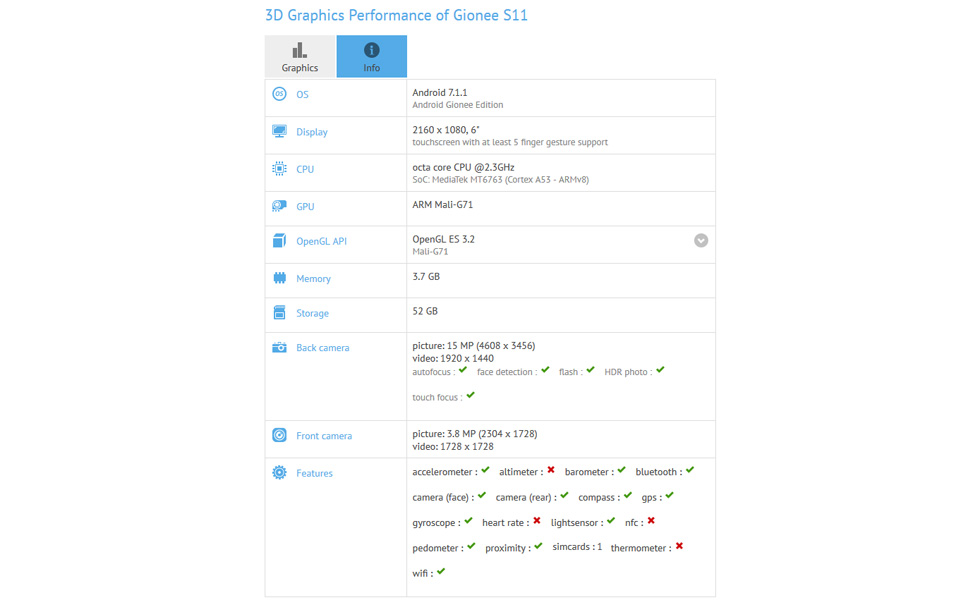