Earlier today, Roland Quandt has made a series of posts on his Twitter page unveiling bit by bit a few facts about the upcoming flagship Snapdragon chipsets. First off, hi shared the Snapdragon 855 will be also available in cars and will be the first in-car chipset on the market with a "special SKU for this purpose". Then, he added that the chipset will be made by TSMC at 7nm following with information that Oppo is prepping a smartphone with the SD855. Subsequently, Roland Quand added Qualcomm has an intention to adjust the name of the Snapdragon 855 and the Snapdragon 1000 (a chipset for notebooks) so they target-differentiated, so customers will distinguish them easier. In accordance with established practice, Qualcomm generally releases its flagship Snapdragon SoC at the end of the year. This generation is expected to use Cortex-A76 cores for its performance cluster. These have been announced by ARM in June this year and should improve performance by 35% and power efficiency by 40% compared to the Cortex-A75 cores. It also offers a quad-fold increase in load capacity of machine learning.

Among the Snapdragon 855 posts, Roland Quandt shared information that Mediatek prepares a Helio P80 and Helio P90 chipset, no P70 though, and the Oppo has planned to make smartphones based on the P80 and P90. 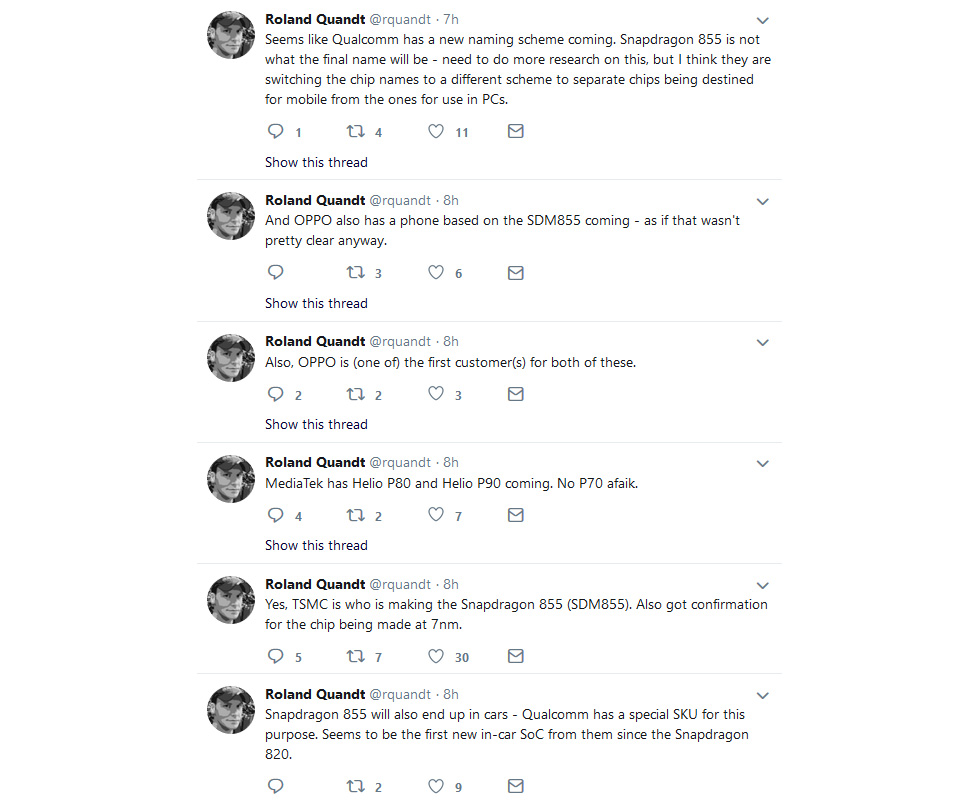