Samsung has just announced the Galaxy A90 5G and it looks like the specs coincide with what has been leaked and reported so far. The smartphone is adorned with a 6.7-inch FHD+ Super AMOLED Infinity-U display and features a 32MP front-facing camera with an f/2.0 aperture that resides in the small notch above the display and supports face unlock. There's an under-display fingerprint as well. The triple camera module on the back is the home of a 48MP main shooter with an f/2.0 aperture, a 5MP depth-sensing unit with an f/2.2 aperture and an 8MP ultra-wide camera with a 123-degree angle of view and an f/2.2 aperture. The RAM measures either 6GB and 8GB while the storage's capacity is 128GB. It can be expanded only for the 6GB version with up to 512GB. A 4500 mAh battery powers the device and is paired to a 25W fast charger. The Galaxy A90 5G packs a Snapdragon 855 chipset with a Snapdragon X50 5G modem providing 5G NSA, Sub 6 connectivity.

"We are proud of our long-standing partnership with Samsung to bring the high-powered speed and performance of 5G to as many people as possible through the most advanced platform yet, the flagship Snapdragon 855 Mobile Platform," said Cristiano Amon, President, Qualcomm Incorporated. "Samsung's innovative line of Galaxy devices paired with the Snapdragon X50 5G modem and Qualcomm RF-Front-End solutions will support an entirely new 5G experience that enables people to work faster and play harder, no matter where they are."

"We’re excited about the success of the Galaxy A Series - a generation of smartphones built for the new Era of Live that focuses on essential features people want the most, including a high-quality camera, long-lasting battery and immersive display," said DJ Koh, President and CEO of IT & Mobile Communications Division at Samsung Electronics. "Samsung has worked tirelessly with our partners in the 5G ecosystem to bring 5G to as many people as possible, and now we are offering 5G connectivity across the entire Galaxy smartphone portfolio, giving more people high-speed access and connected experiences." 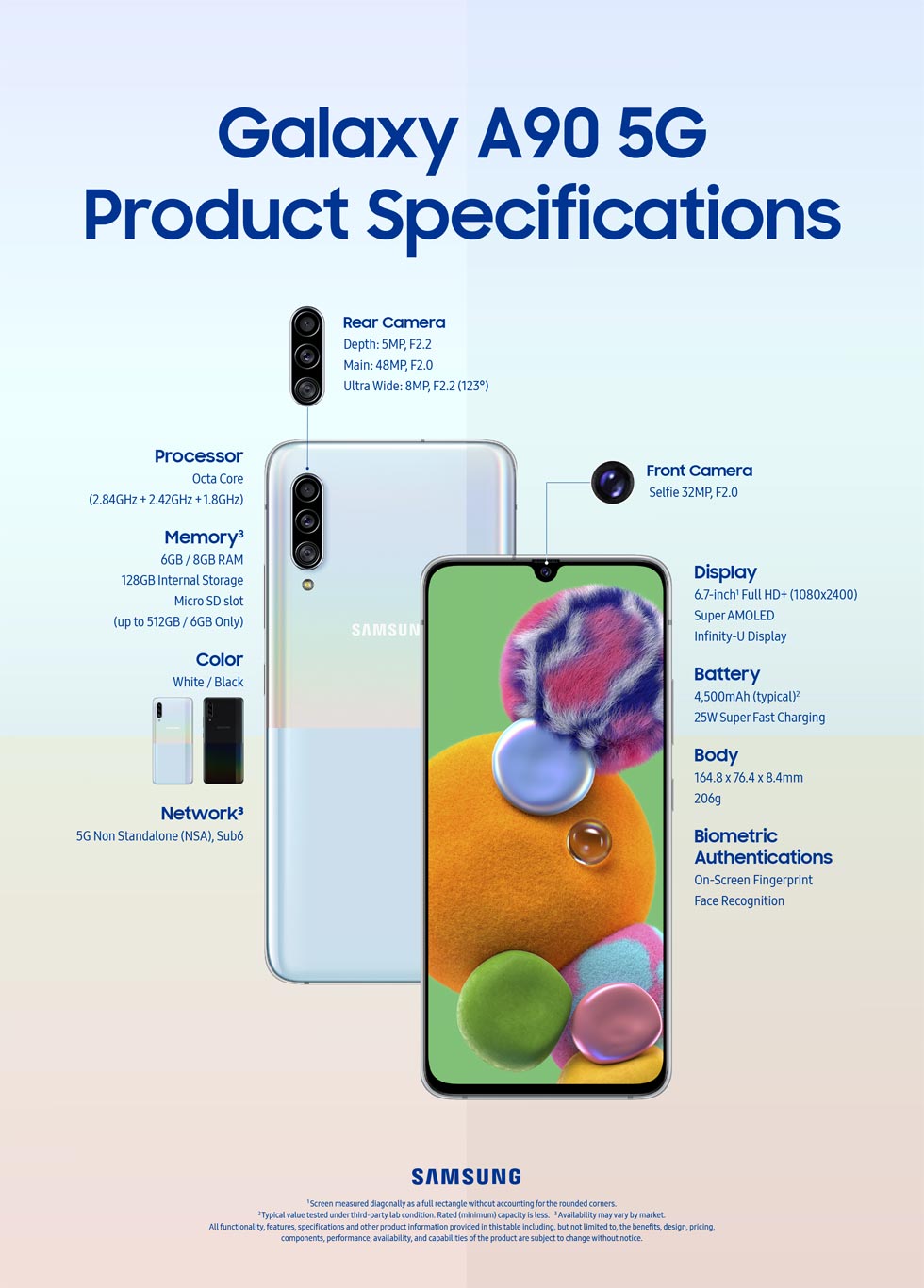